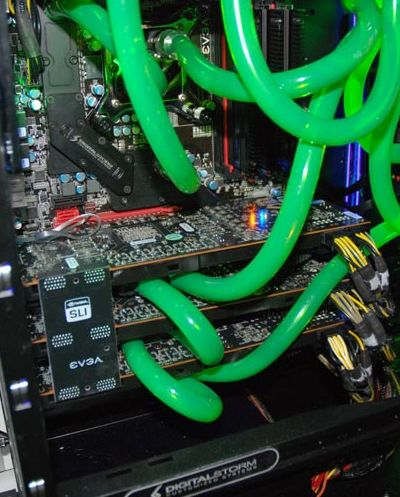 END_OF_DOCUMENT_TOKEN_TO_BE_REPLACED

Scaling from one GPU to two doesn’t necessarily result in doubling the performance as we’ve seen in countless SLI and Crossfire articles. But what happens when you add a third GPU to the mix? That is what we’re going to find out today by putting three 9800GTX SLI cards together.

So at the moment, Triple SLI might only be worth for people with displays capable of extremely high resolutions- we’re talking 30″ LCDs here. For everyone else including a high-end gamer that plays at 1920×1200 with 4X AA, your standard dual card SLI is more than capable and the scaling of Triple SLI is not required.