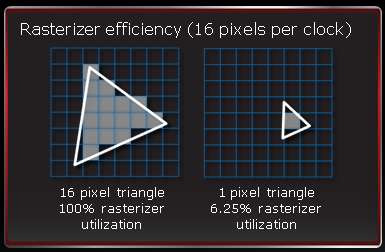 END_OF_DOCUMENT_TOKEN_TO_BE_REPLACED

NVIDIA is seeing as “the future of computing” – basically more GPGPU usage (i.e. the use of the graphics chip to process regular programs) and the co-existence of “competing” technologies like ray tracing and rasterization.

During the whole Editor’s Day nVidia repeated ad nauseum how marvelous GPGPU is, showing several examples of applications where performance increased monstrously by the use of this technique.

As for the rasterization vs. ray tracing battle, nVidia is seeing the co-existence of both technologies in the future, as ray tracing is in fact a better technology for some applications, but worse for others.

NVIDIA will be announcing the acquisition of a ray tracing software company called RayScale.

This is an incredibly interesting move and clarifies more of NVIDIA’s stance on merging traditional rasterization and ray tracing techniques, as we saw in our interview with David Kirk, NVIDIA’s CTO.

RayScale was a startup based out of the University of Utah and has built a hybrid renderer that merges the two techniques – all of the reflections in the image they showed were indeed done with ray tracing alone. The engine was not up to real-time frame rates on the images but they said they have spent the last two weeks working on adding features, not performance, and that it should be “no problem” to get his running in real-time.