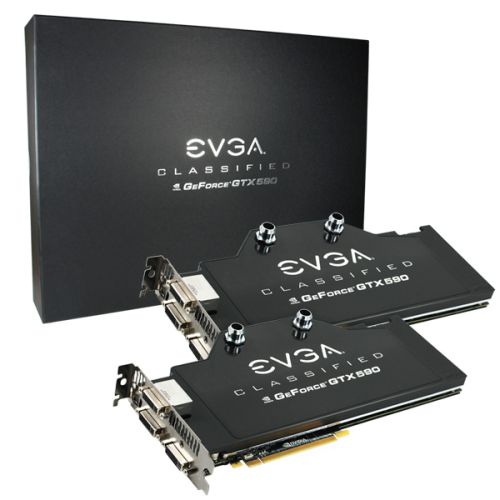 END_OF_DOCUMENT_TOKEN_TO_BE_REPLACED

Tom’s Hardware recently received a monster gaming rig from Falcon Northwest: a Mach V Quad SLI system that came with two Nvidia 9800 GX2 cards. With such a rig, they were eager to see how a Quad SLI system performed compared to a 3-way SLI scheme.

A single 9800 GX2 on its own is a formidable graphics card, but users should be warned that investing in another card won’t blow the doors off a system. In fact, we may characterize Quad SLI with two 9800 GX2s as a comparable and cheaper alternative to an expensive 3-way SLI configuration – one that will save you both some space inside your system and some money in your wallet. Quad SLI with 9800 GX2s is still in its infancy, so we expect that Nvidia will deliver improvements to this configuration as time goes on. But if it’s vastly superior performance gamers are looking for, then they’re advised to wait for the forthcoming release of Nvidia’s GTX 280 model.

Conclusion:
SLI has always been quite a troubled technology and since the Quad SLI setup is probably nVidia’s most ambitious venture in the dual GPU direction yet; it’s surprising it works as well as it does. While the performance in some of the tests really was very impressive, there were still some issues. Cost being the biggest factor, two of these are just too damn expensive. There’s also the memory issue, and the fact that the technology is Vista only is silly. Most gamers still use XP due to Vista’s game slow downs, so why make your top gaming technology Vista only?