END_OF_DOCUMENT_TOKEN_TO_BE_REPLACED

Here is a pack of tutorials to help programmers start out in game programming. These tutorials use C++ and SDL.

END_OF_DOCUMENT_TOKEN_TO_BE_REPLACED

AMD will add the Havok Physics engine to both its multi-core CPUs and GPUs, but AMD managing director noted that the focus is on CPUs given feedback from gaming developers who like the idea of offsetting physics computation to CPU cores.

AMD is hoping to accelerate Havok Physics on both its multi-core CPUs and GPUs and claims that it’s striving to deliver the best of both worlds. However, the main focus at the moment appears to be AMD’s CPUs. AMD and Havok say that they’re planning to optimise the ‘full range of Havok technologies on AMD x86 superscalar processors, and AMD claims that Havok Physics scales extremely well across the entire family of AMD processors.

Havok’s managing director, David O’Meara, explained the priority for CPUs, saying that the feedback that we consistently receive from leading game developers is that core game play simulation should be performed on CPU cores. However, he added that GPU physics acceleration could become a feature in the future, saying that ‘the capabilities of massively parallel products offer technical possibilities for computing certain types of simulation. 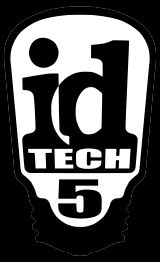