Today, a small physics prototype with Bullet3 Physics and Lua. The demo is simple: a sphere (a dynamic rigid body) is dropped on a series of obstacles (kinematic rigid bodies). That’s all. The position (XY) and orientation (around Z axis) of each obstacle can be changed.

A quick reminder. In Bullet Physics, there are 3 kinds of rigid bodies (RBs): 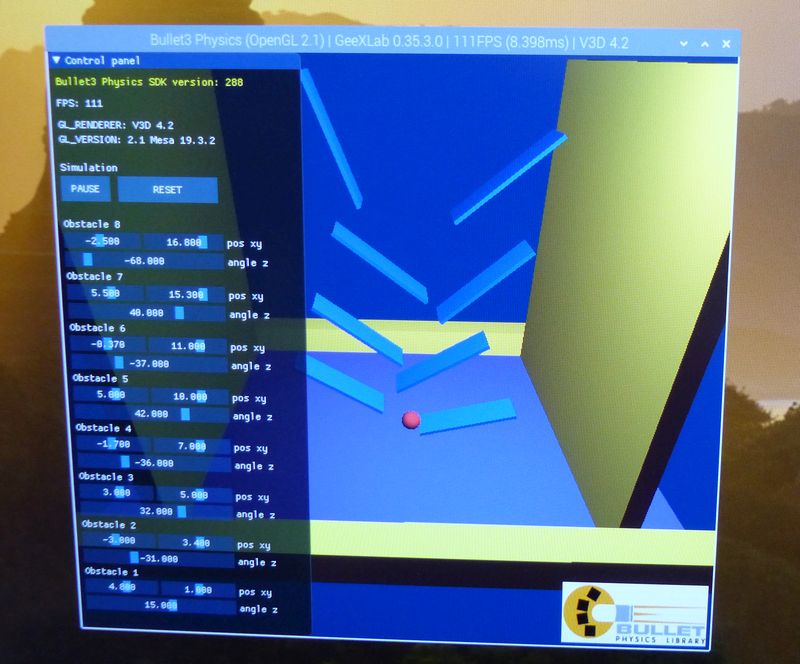 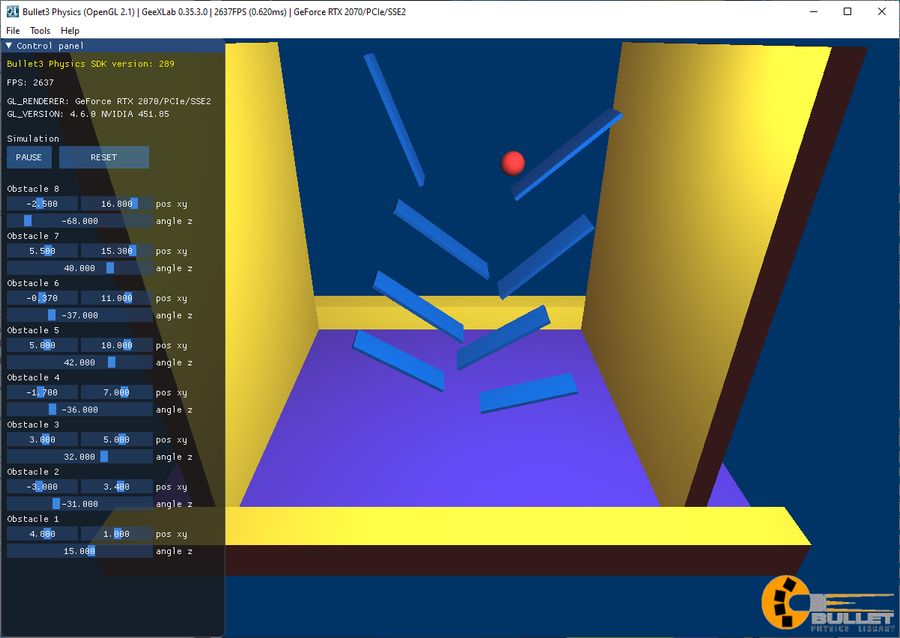