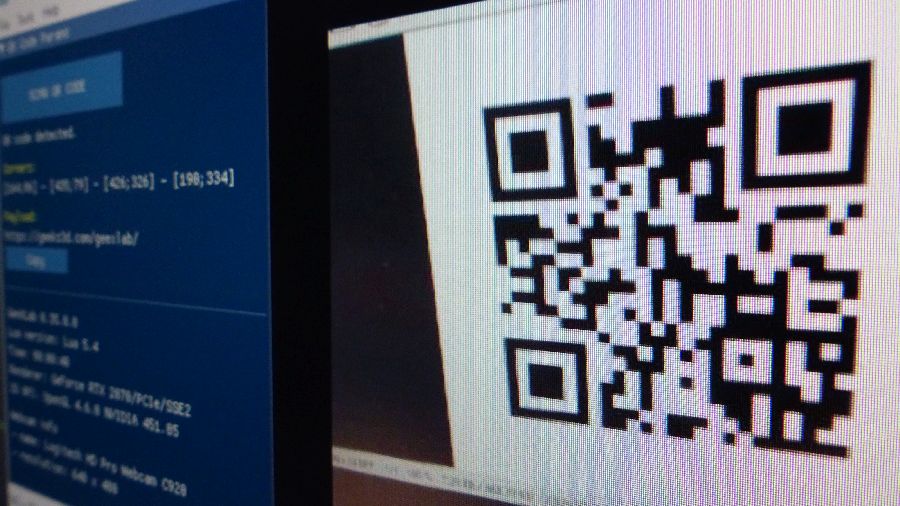 GeeXLab 0.35 comes with the support of QR Codes (or Quick Response codes). We can now read a QR code (from an image or using the webcam) and we can generate a QR code with any reasonable (not too big) payload. The payload is the real content of the QR code. For example a web link. Wikipedia has a detailed page about QR codes HERE.

QR code support is available on Windows, Linux and Raspberry Pi. I prepared two small standalone utilities (generator and scanner) for Windows. For Linux / RPi, the generator is available in the OpenGL 2.1 demopack (geexlab-demopack-gl-21/d55-qr-code/ folder). The QR code scanner does not work on Linux / RPi because there is no built-in webcam support in GeeXLab for those platforms. But you can hack the demo to load (or drag and drop) any QR code texture. You can also use OpenCV to drive the webcam (see THIS DEMO).

This QR code generator allows to create a QR code from a payload (a string). You can type any payload or copy and paste it (few hundred of characters max otherwise nothing is generated). Then just click on the GENERATE QR CODE button, and a QR code image (.png) will be saved in the qrcodes/ folder.

– Example with a web link: 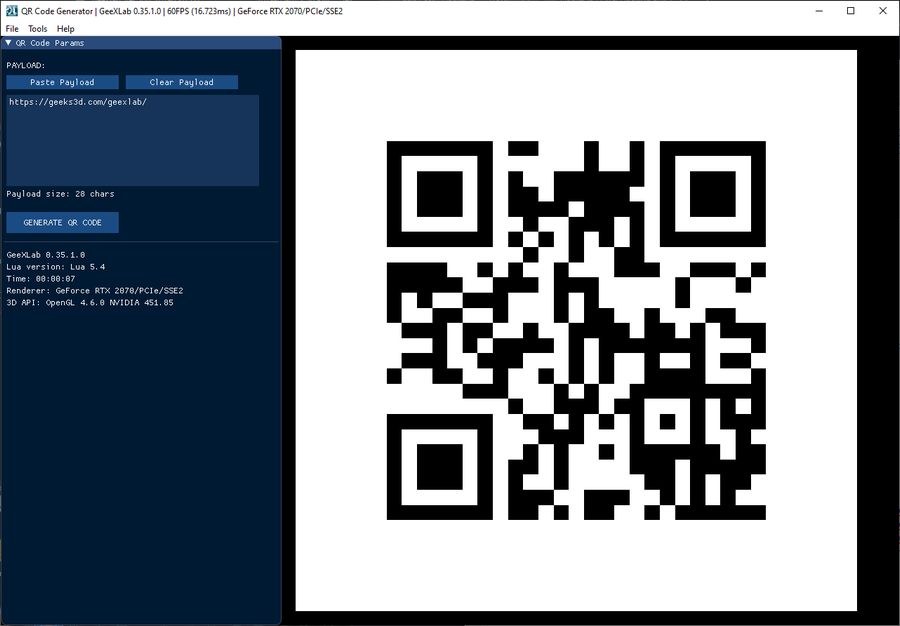 – Example with a text: 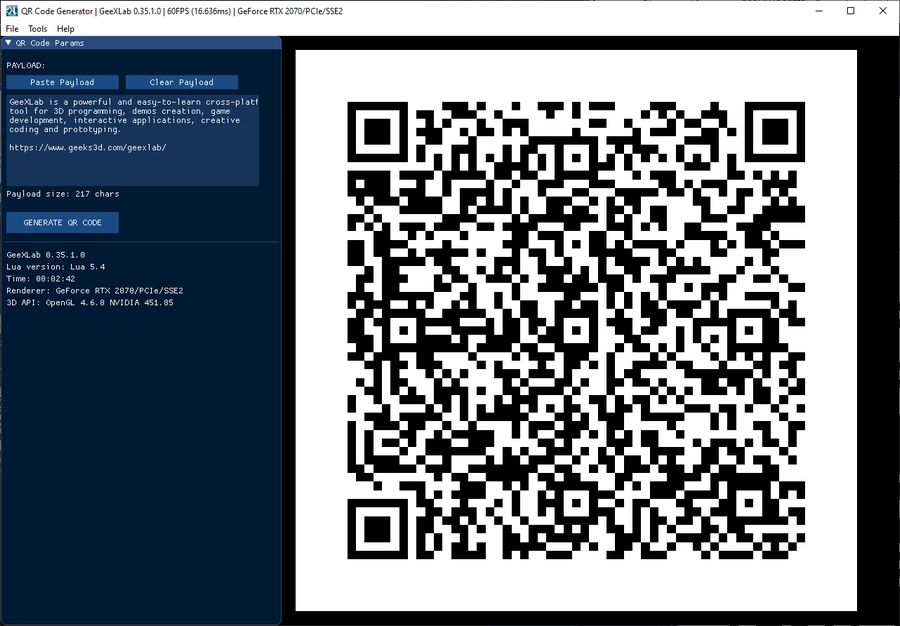 The QR Code Scanner is a simple QR code reader that uses a webcam. Once the webcam is reading the QR code, click on [SCAN QR CODE]. If the QR code is correctly detected and is valid, the QR code payload is displayed as well as the corners coordinates of the bounding square. If the payload is an url (starting with http), a button is displayed to open the url in the default browser. 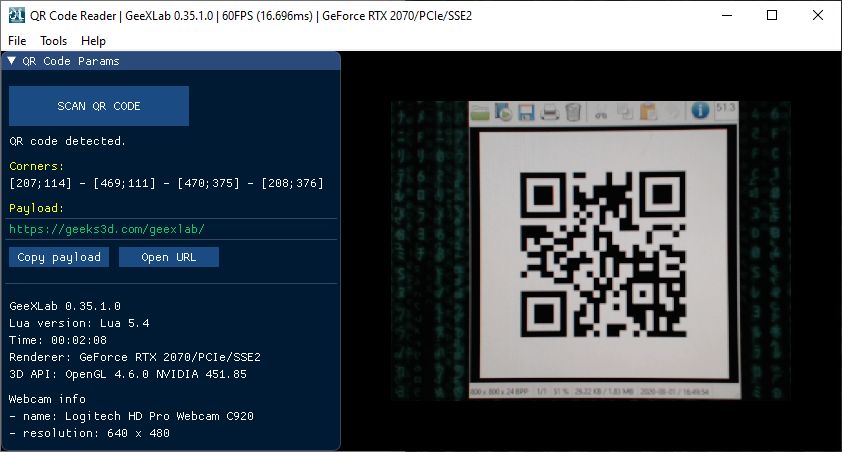