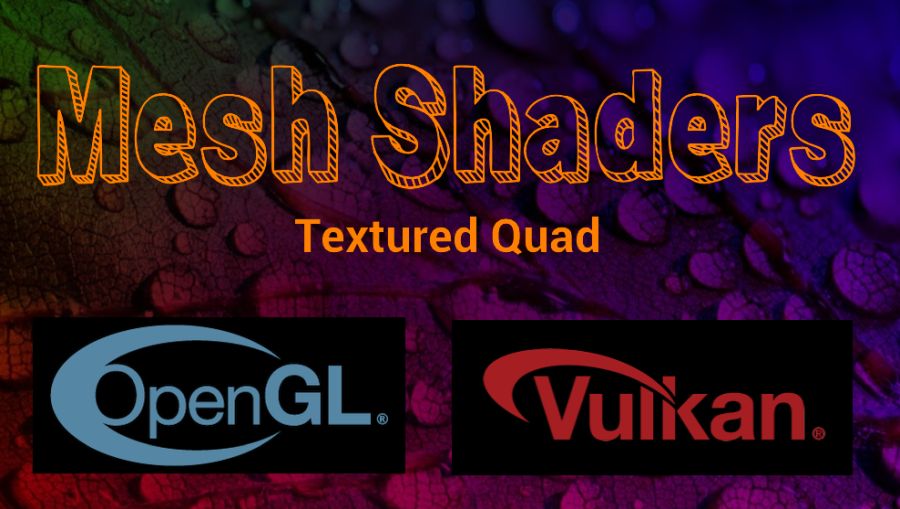 Ok there is an additional vertex and a texture, but it’s very very similar.

Here is the mesh shader, which is almost identical in OpenGL and Vulkan (in Vulkan there is an extra transformation: pos.y = -pos.y; pos.z = (pos.z + pos.w) / 2.0 for each vertex):

And here is the pixel shader, for both APIs:

In the Lua side, the code is nearly similar, the little difference is the texture: in OpenGL the texture has to be bound before rendering while in Vulkan the texture is a resource added to the descriptor set used by the pipeline.

The drawing code in the OpenGL demo: 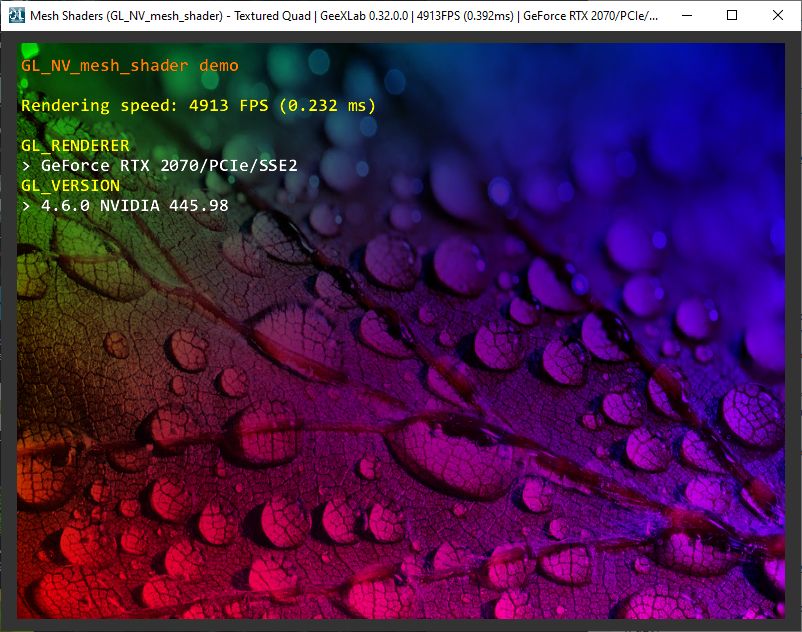 The drawing code in the Vulkan demo: 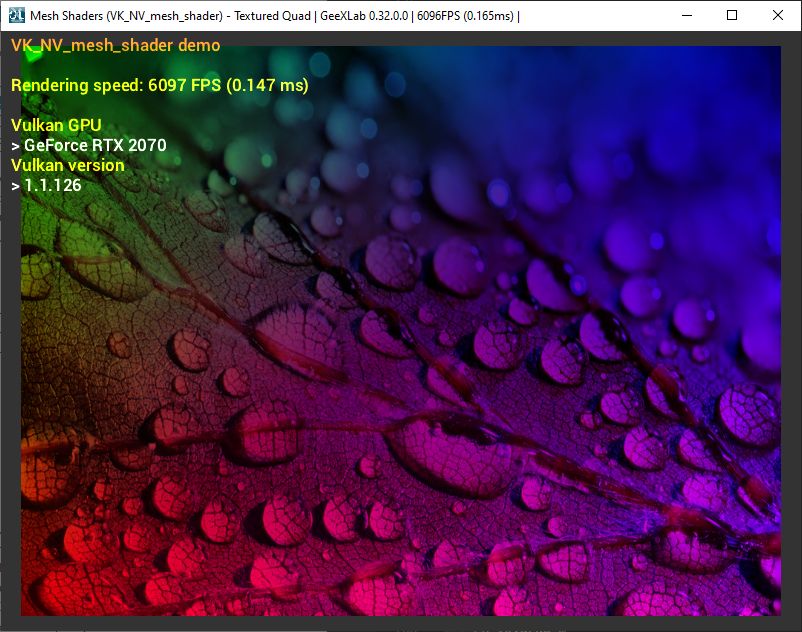