Yes, the post title is a bit cryptic but in reality, I just wanted to show you a little effect added in ImGuiColorTextEdit, the text editor widget added in GeeXLab (gh_imgui lib) and used in the Shader Tweak demo, that adds a background to characters. The effect is inspired by Bonzomatic and has been coded by XT95.

Here is a screenshot of Bonzomatic with background behind characters: 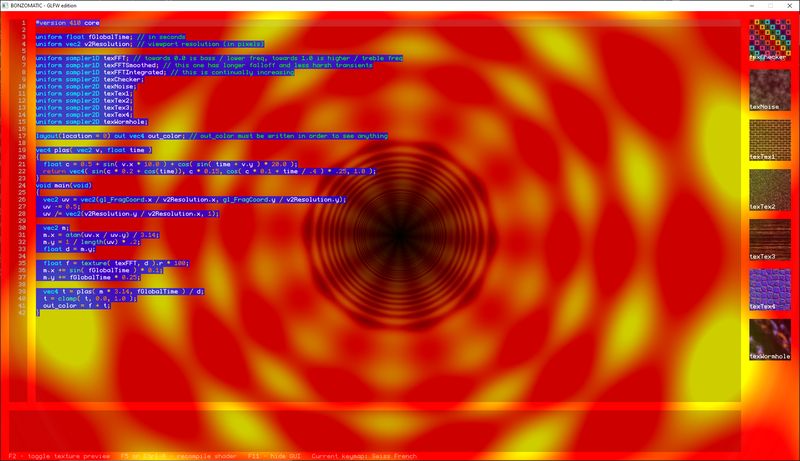 To add a background to characters, just use the color_text_editor_palette_set_color function before rendering the text editor widget:

Shader Tweak is a bit like Bonzomatic, it’s a live coding environment (for GLSL and Lua/Python). But Shader Tweak is not a final product, it’s rather a base you can modify to fit your needs. For me it’s just a demo of gh_imgui.color_text_editor_xxxxxxx() functions added in GeeXLab 0.31.

Shader Tweak is available in the OpenGL 2.1 demopack in the geexlab-demopack-gl-21/d52-shader-tweak/ folder. 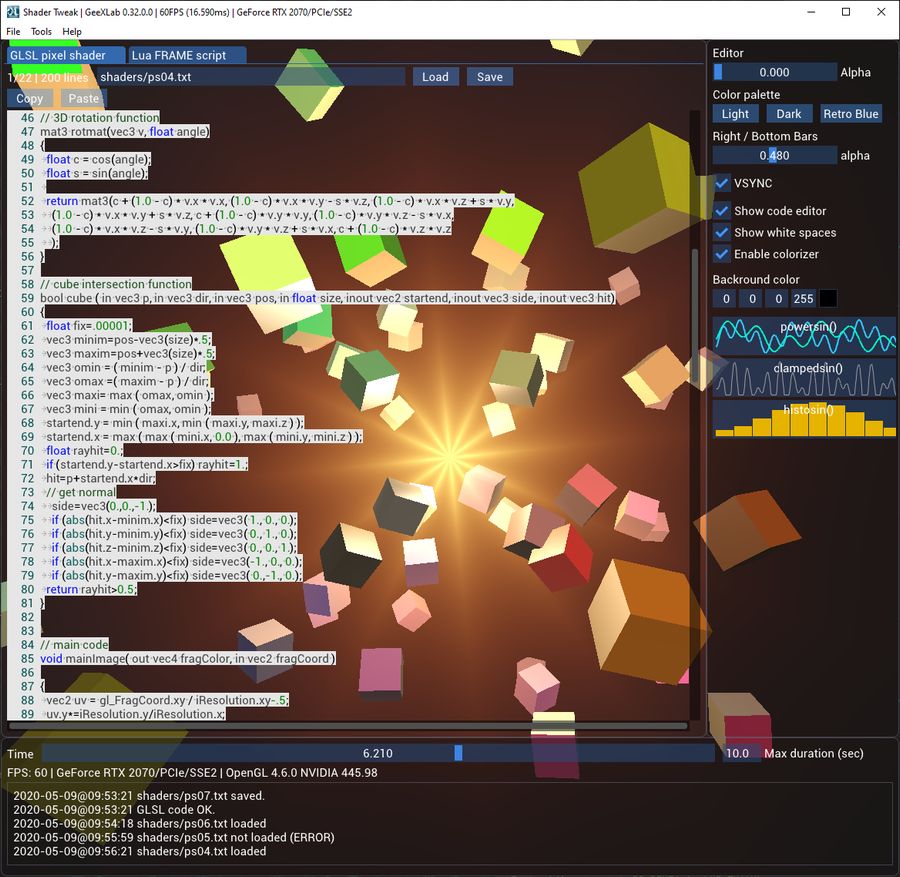 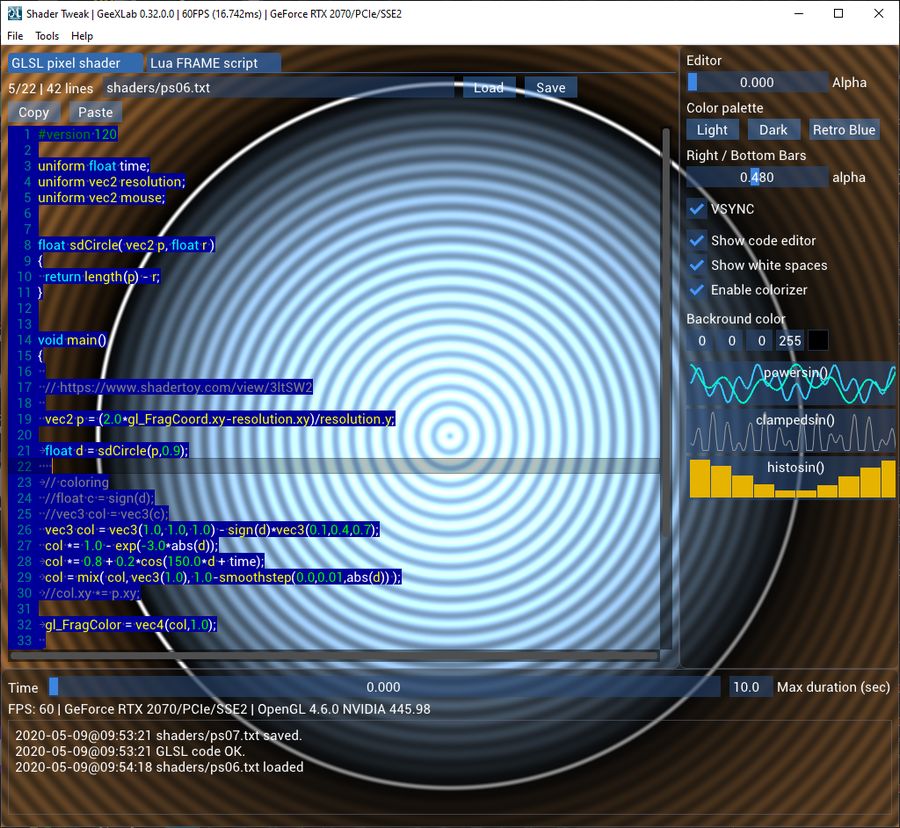 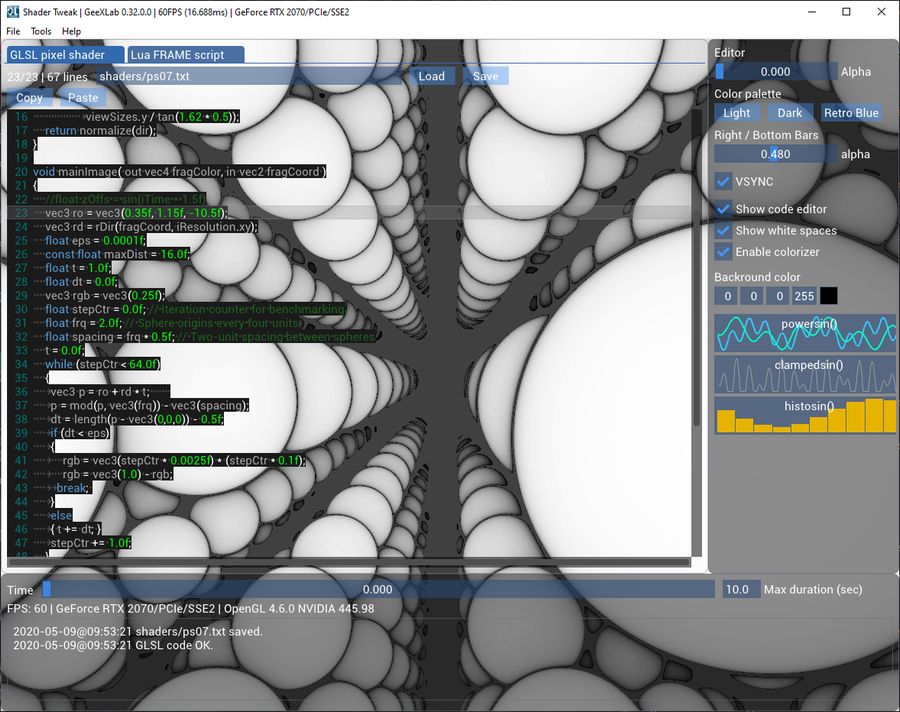