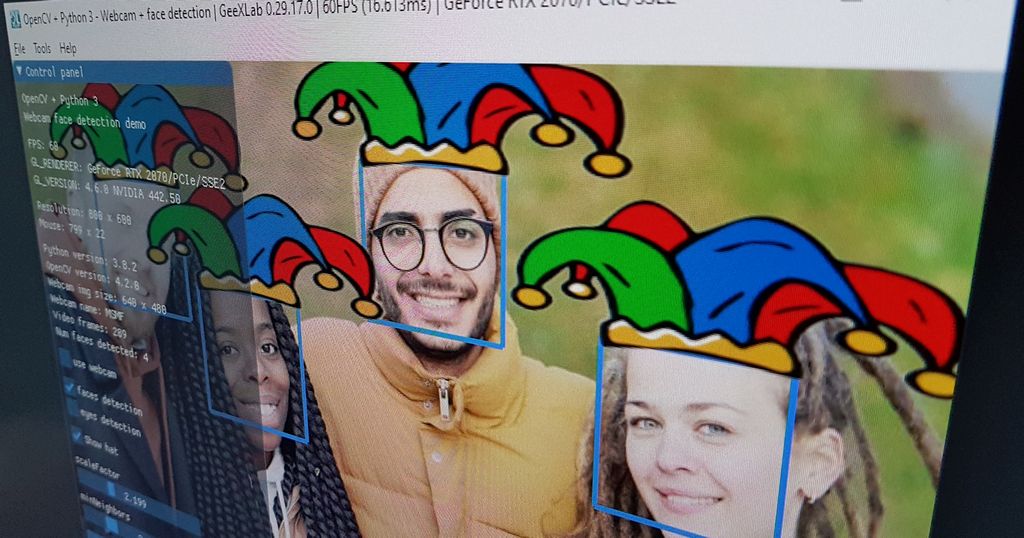 For the fourth and last article (previous articles are here, here and here), we’re going to look at face detection using OpenCV. So far, the OpenCV functions we used (image reading, webcam output) are basic functions we find in many softwares inlcuding GeeXLab. What makes OpenCV interesting is the availability of some computer vision algorithms such as face detection (or face recognition).

The face detection method used in the demo is based on the Haar Cascades. If, like me, you are not an expert of Haar cascades, here is what you need to know:

Object Detection using Haar feature-based cascade classifiers is an effective method proposed by Paul Viola and Michael Jones in the 2001 paper, “Rapid Object Detection using a Boosted Cascade of Simple Features”. It is a machine learning based approach in which a cascade function is trained from a lot of positive images (images of faces) and negative images (images without faces). It is then used to detect objects in other images.

More about Haar cascades can be found HERE.

haarcascade_eye_tree_eyeglasses.xml is an eye detector with better handling of eyeglasses.

Once the classifiers (one classifier for faces, one for eyes) are initialized with XML files, they are used in detectMultiScale() function, that performs the detection.

Let see how to initialize the face and eyes classifiers and how to detect faces and eyes on a static image:

In the FRAME script, faces and eyes rectangles can be rendered as follows for the static image (face and eyes detection is done once for a static image):

For a dynamic image like the webcam, faces and eyes detection works in a similar way. The only difference is that detection is launched for every new webcam image.

I prepared a demo that shows faces + eyes detection on a static image and on the webcam output. I also added the possibility to add a hat on detected faces…

Remark: on my system, the demo takes more than 10 seconds to start. The guilty is the webcam initialization step (OpenCV)… 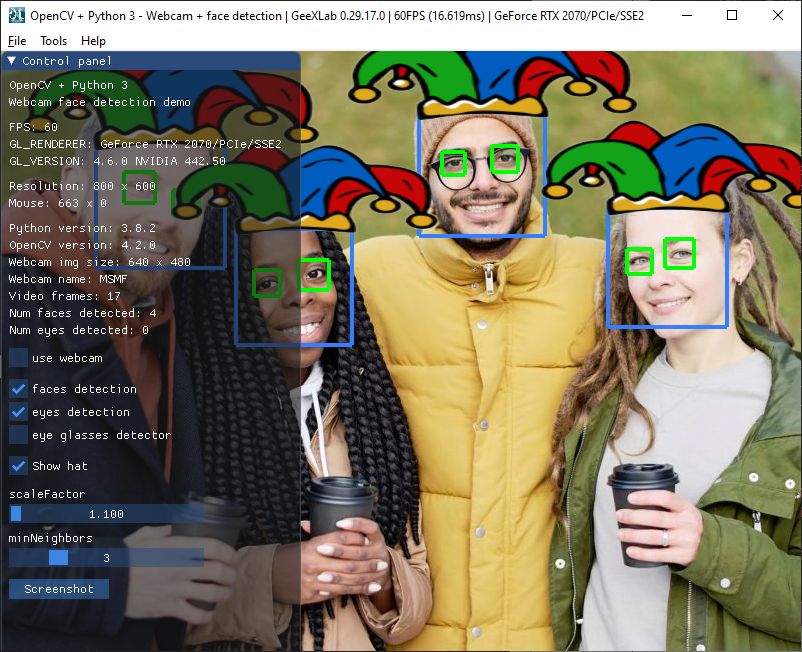 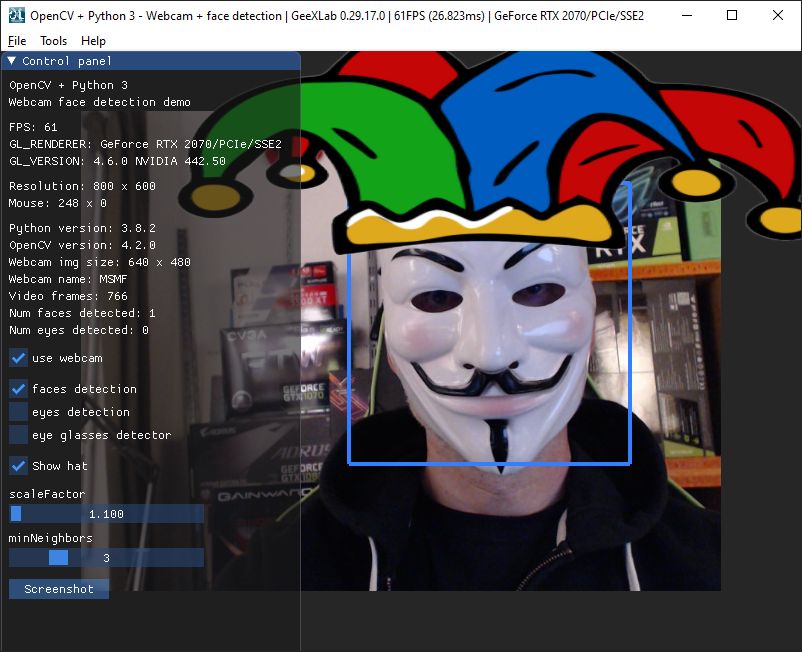