This second tutorial will show you how to load an image with OpenCV and how to convert it to a GeeXLab texture for rendering.

An OpenCV image is a NumPy array (numpy.ndarray). NumPy is one of the most important libraries for scientific computing in Python. It provides all you need to work with multidimensional arrays. This article is not a tutorial about NumPy. I added some links about Numpy at the end of the article.

To load an image with OpenCV, we use the imread() function:

The size of the image can be retrieved with:

Now let’s see how to create a regular GeeXLab texture from this OpenCV image.

It’s done! We have now an GeeXLab texture filled with the data of an OpenCV image. It’s a detail but it can save you some time to know that OpenCV stores image pixels in BGR format…

Another useful function is copyMakeBorder(). This function adds a border to an image. Here is the way to add a red border of 10 pixels:

For the color value, keep in mind that the pixel format is BGR… 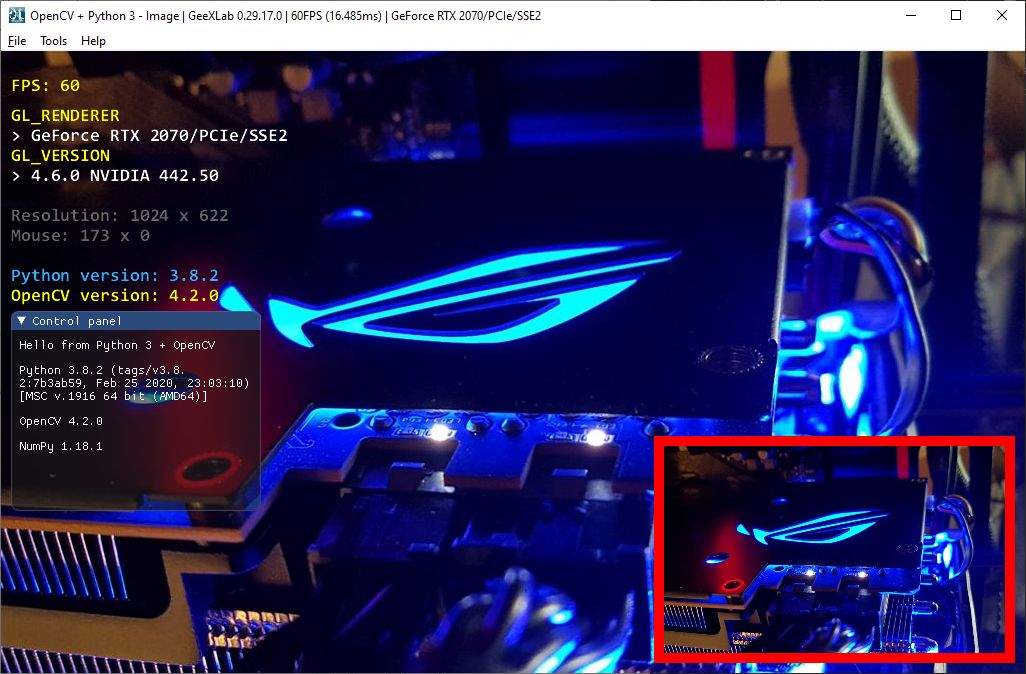