The Stepping-Feet Illusion. The two rectangles appear to be moving alternately, like a pair of stepping feet – but they’re not; they're moving together at the same constant speed. Don't believe me? Watch how the illusion disappears when the stripes fade to grey… pic.twitter.com/L9NqSq7vus

Ten minutes later, the GeeXLab demo was coded. It’s a very simple demo: a color shader and two quads (one for the stripes and one for the feet).

The demo is available in the OpenGL 2.1 demopack in the following folder:
geexlab-demopack-gl-21/d43-stepping-feet-illusion/

Load the main.xml file into GeeXLab (drag and drop is the fastest way) and that’s all.

I didn’t test, but this demo should run on all platforms (Linux, macOS and Raspberry Pi). 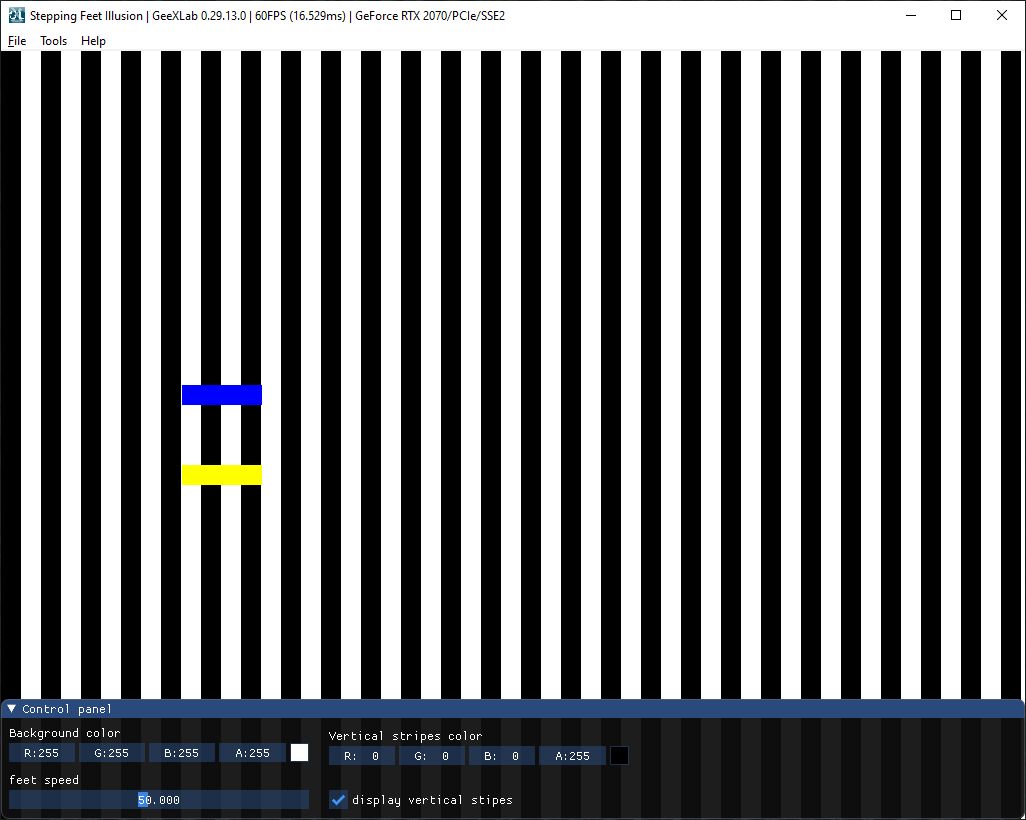