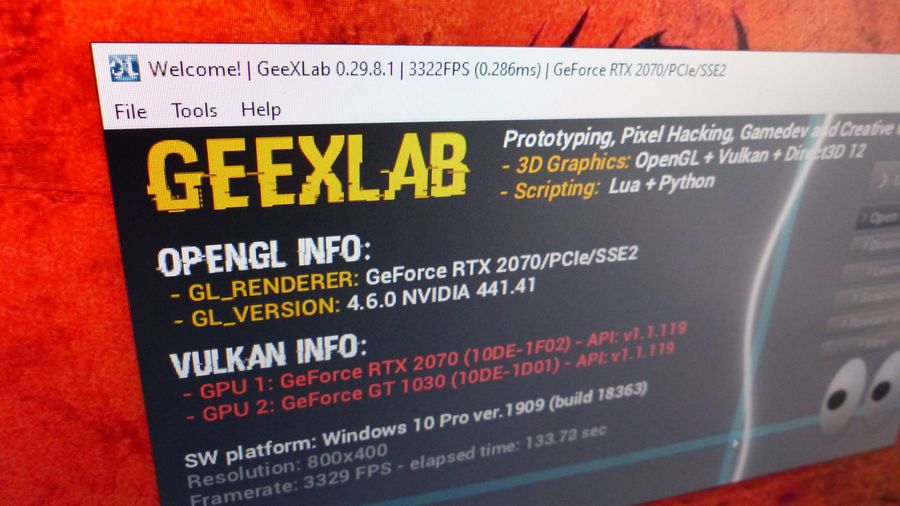 GeeXLab 0.29.8.1 is a maintenance release that fixes two bugs in the Vulkan plugin. The first bug is related to the synchronization of the presentation step (a semaphore has been added). The second bug (crash in some cases) is only visible in 32-bit applications (in GPU Caps Viewer for example. GPU Caps Viewer is a 32-bit app and uses the GeeXLab SDK) and comes from a bad cast in the 32-bit version of the Vulkan plugin (a VkShaderModule was cast into a 32-bit void* pointer).

I compiled for testing purposes version of GeeXLab for Windows 32-bit. This version comes with all core functionalities but many plugins are missing (because I have to recompile in 32-bit all dependencies like Assimp, ImageMagick, PhysX, etc…). But some plugins like Vulkan, GPU monitoring or Python 3 are available because I can directly compile them.