During the last update of GeeXLab on Raspberry Pi, I noticed the presence of some Vulkan files in the /usr/lib/arm-linux-gnueabihf/ folder: 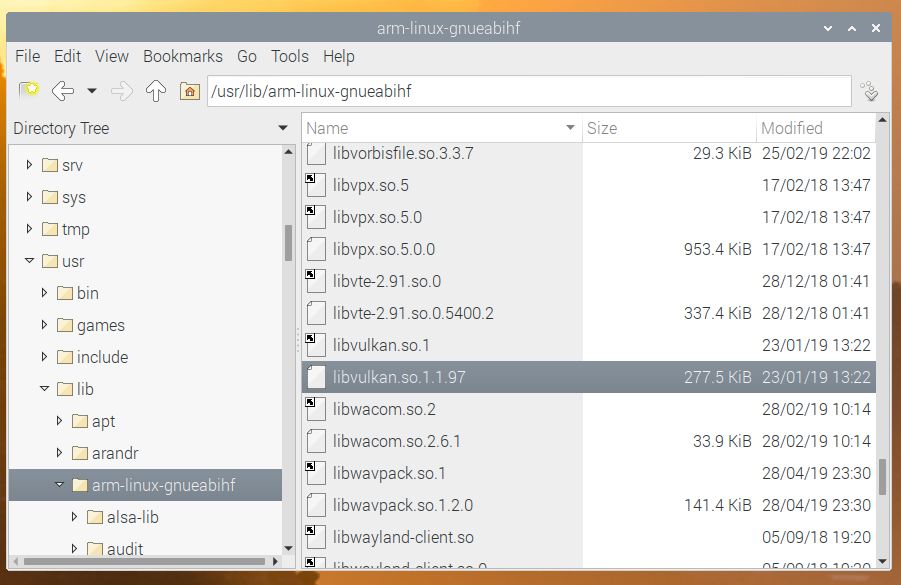 libvulkan.so.1 is a symbolic link that points on the real library libvulkan.so.1.1.97. According to the name of this shared object, it looks like Raspbian Buster is shipped with Vulkan 1.1.97 support.

So far, the Vulkan support in GeeXLab was limited to Windows and Linux platforms. I brought some minor changes in GeeXlab and now Vulkan demos can be played on Raspberry Pi too.

Not terrible. The Vulkan instance creation failed with the following error code:
VK_ERROR_INCOMPATIBLE_DRIVER

No operational Vulkan support in Raspbian Buster. Not yet. But Vulkan embryo is there and that’s the good point.

I will follow the evolution of Vulkan support in the next updates of Raspbian. I hope we’ll see a working implementation of Vulkan in Raspbian in a near future.