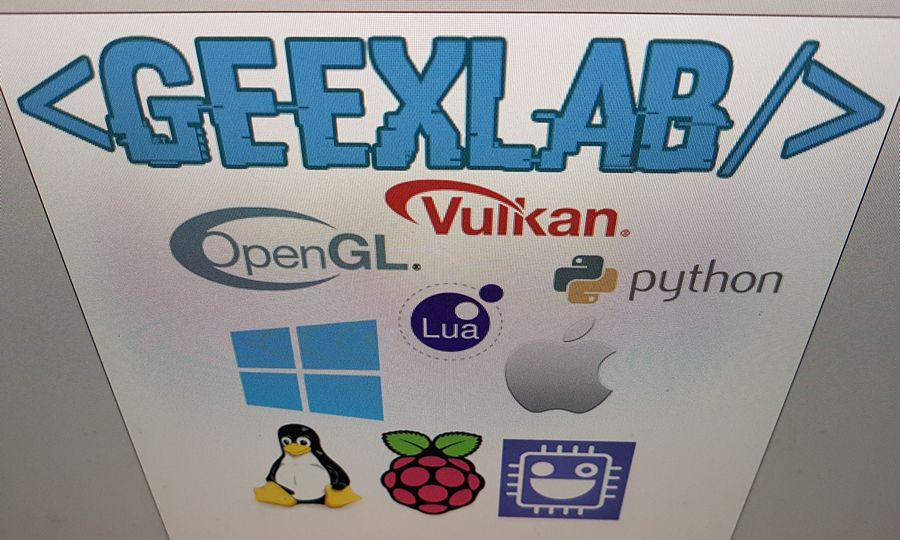 GeeXLab 0.29.2 comes with the following changes:

– support of FMOD on all platforms: so far, the FMOD plugin was only present on Windows, Linux and macOS. Now it’s also available on Raspberry Pi and TinkerBoard. FMOD is a powerful sound system and now it’s easy to play sounds (mp3, waw, xm, s3m, etc…) on any platform.

– WiringPi 2.52 on Raspberry Pi: WiringPi is the reat lib that makes it possible to access the GPIO connector of the Raspberry Pi. I forgot to check updates of this lib in previous versions of GeeXLab. WiringPi 2.52 is the latest version of WiringPi and comes with full support of Raspberry Pi 4. WiringPi is included in the latest Raspbian but it’s an old version: 2.50, the RPi 4 being not fully supported. I was a bit sad to learn that WiringPi 2.52 is the last version: WiringPi’s author, Gordon Henderson, has decided to stop the public version of WiringPi because of too many … fu*k*ng assholes that don’t respect his amazing work on WiringPi. Gordon has posted an article that explains why: wiringPi – deprecated. I don’t understand why the Raspberry Pi Foundation doesn’t help Gordon, this situation shouldn’t exist.

I updated GPIO demos that are shipped with GeeXLab for RPi (in the demopack02/rpi_gpio/ folder ). All those demos are based on WiringPi. The following screenshot is the demo_v1.xml that uses gh_rpi.gpio_get_board_info() to get information about the Raspberry Pi hardware.

6 thoughts on “GeeXLab 0.29.2 released for all platforms: Alpha to Coverage added, FMOD and WiringPi Support Updated”