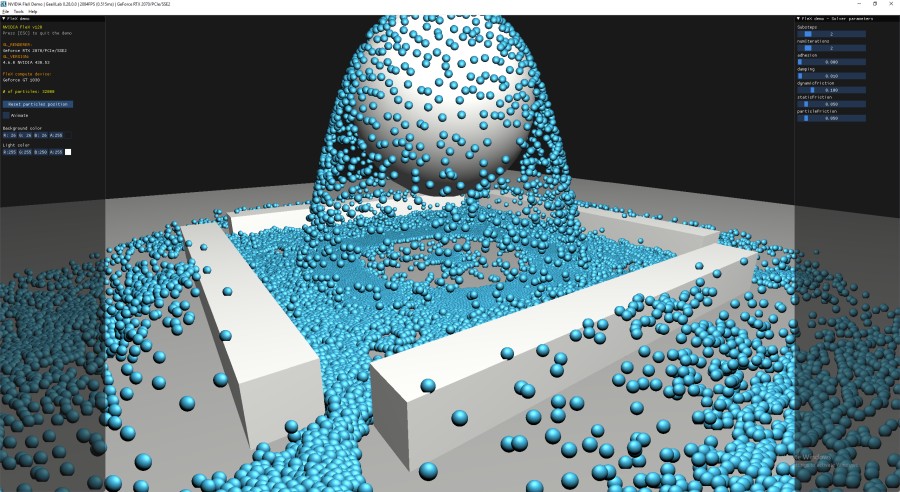 GeeXLab 0.28.0.0 is available and comes with the support of NVIDIA FleX physics engine. In a word(s), FleX is a particle-based physics simulation library. Particle is everything in FleX world.

FleX is a particle based simulation technique for real-time visual effects.Traditionally, visual effects are made using a combination of elements created using specialized solvers for rigid bodies, fluids, clothing, etc. Because FleX uses a unified particle representation for all object types, it enables new effects where different simulated substances can interact with each other seamlessly. Such unified physics solvers are a staple of the offline computer graphics world, where tools such as Autodesk Maya’s nCloth, and Softimage’s Lagoa are widely used. The goal for FleX is to use the power of GPUs to bring the capabilities of these offline applications to real-time computer graphics.

You can find more information about FleX on the homepage (hey NV, you should add GeeXLab to the list of engines supported by FleX 😉 ).

Unlike PhysX 3 or PhysX 4 which support both CPUs and GPUs, FleX is a GPU only engine based on CUDA. FleX is also available with a Direct3D support. But in GeeXLab, only the CUDA support is available. That makes easier the coding of the FleX plugin on Windows and Linux. The FleX plugin for GeeXLab supports both Windows and Linux. But in the current version of GeeXLab (0.28.0), only the Windows version is operational. I faced some linking issues on Linux and then I decided to not provide the plugin on Linux. I hope to fix the linking problem as soon as possible.

Let’s look at the main functions of FleX used in the GeeXLab demo.

Here is the FleX initialization code in the demo (Lua code):

Most of the FleX simulation code is present in the INIT script.

In the FRAME script, we have to perform the following steps:

All concrete details are in the demo (init.lua and frame.lua).

In the demo, 32000 particles are initialized in a 3D grid and dropped on a shpere: 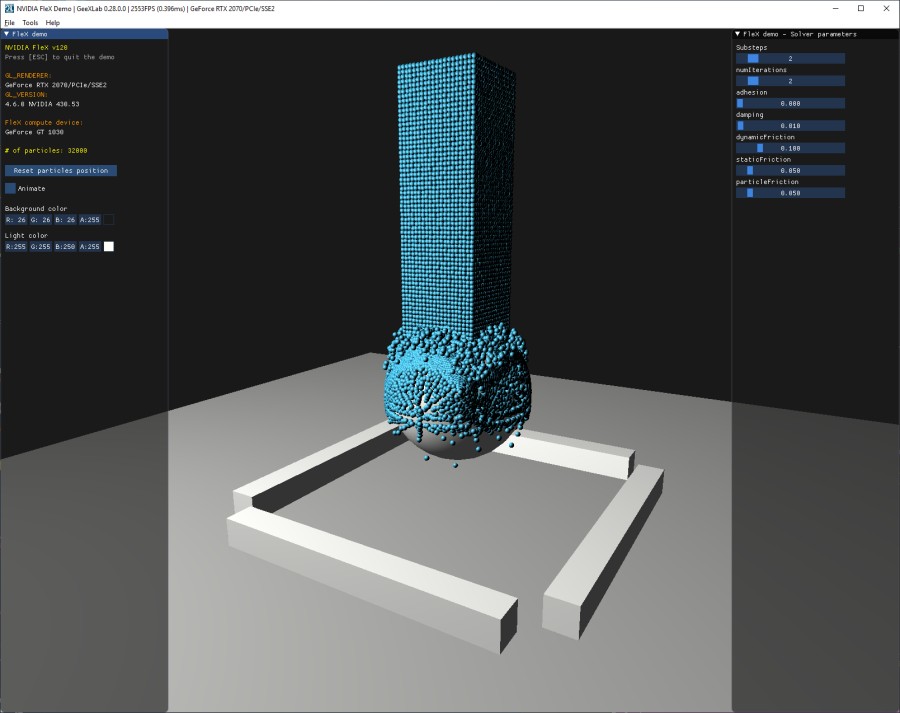 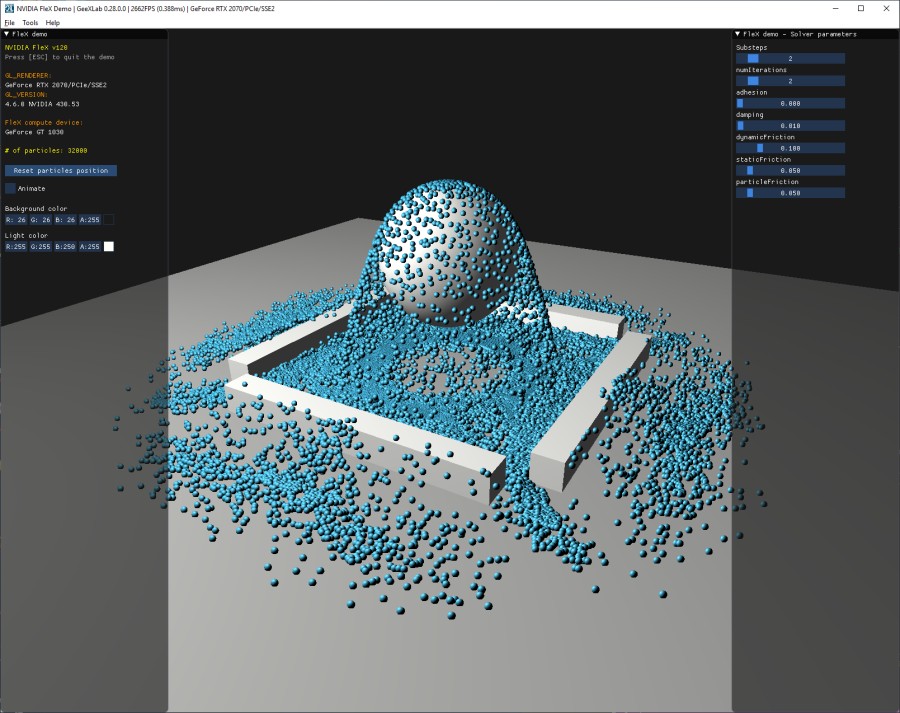 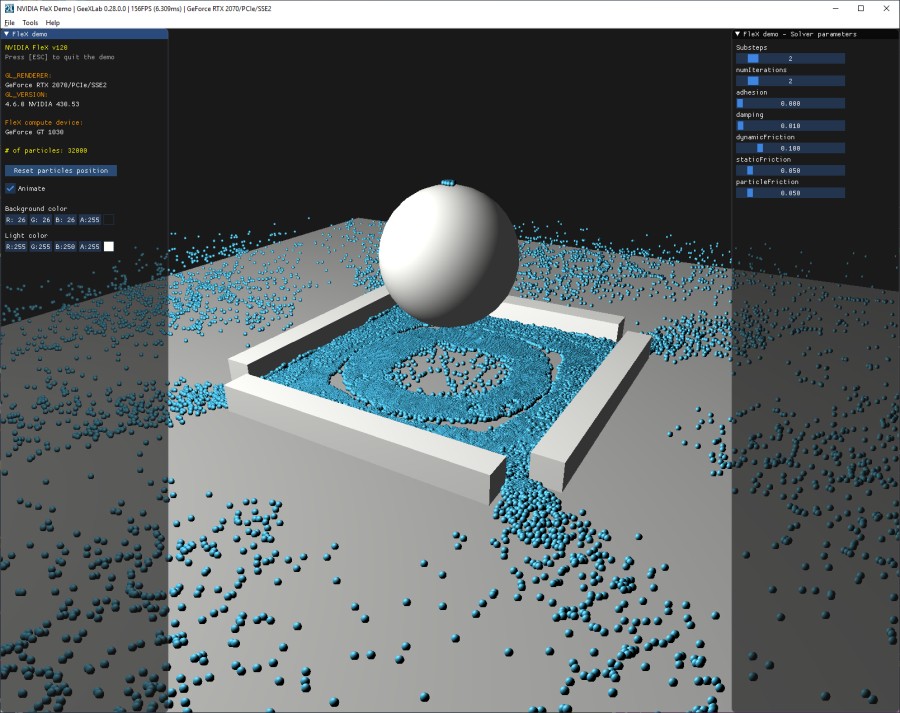