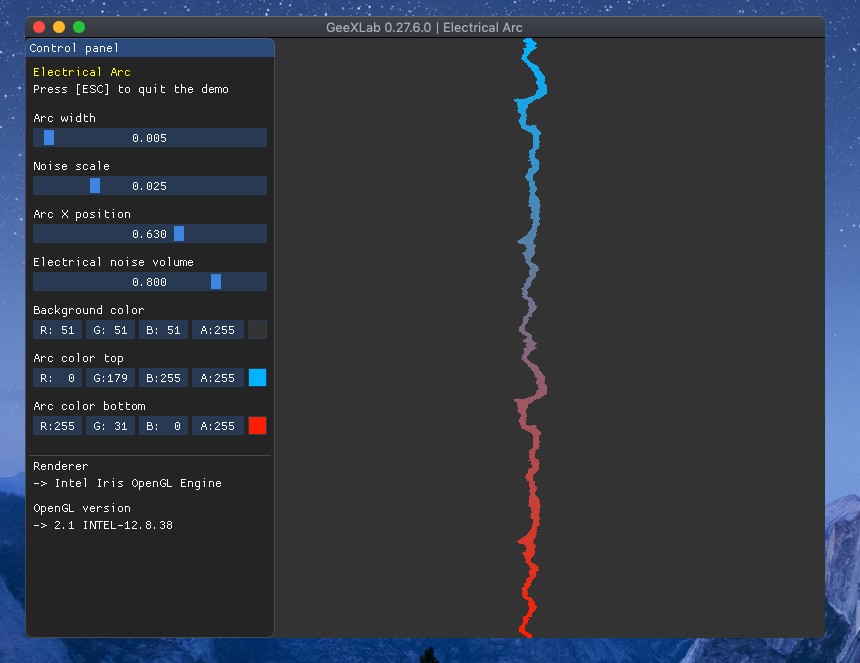 Here is a simple demo that shows how to code an electrical arc. The principle is very simple. It only requires a quad, a pixel shader and a noise texture.

The demo requires GeeXLab 0.27.3+. As usual, download the demo, unzip it somewhere and drag an drop the main.xml file into GeeXLab.

Let’s see the important steps to render the electrical arc. The entire work is done in the pixel shader. But it costs nothing to give the vertex shader:

As you see, it’s a very basic OpenGL 2.1 vertex shader. Why I still use OpenGL 2.1 today when everyone talks about DXR, DX12, Vulkan and the end of OpenGL? The answer is simple: Raspberry Pi… And because OpenGL 2.1 still does the job perfectly (at least for that kind of effect)!

The first step is to render a vertical band with a specific width defined by the line_size uniform. The background color is defined by bkgcolor. The band is horizontally centered that’s why we test against 0.5:

Here is the result with line_size=0.1: 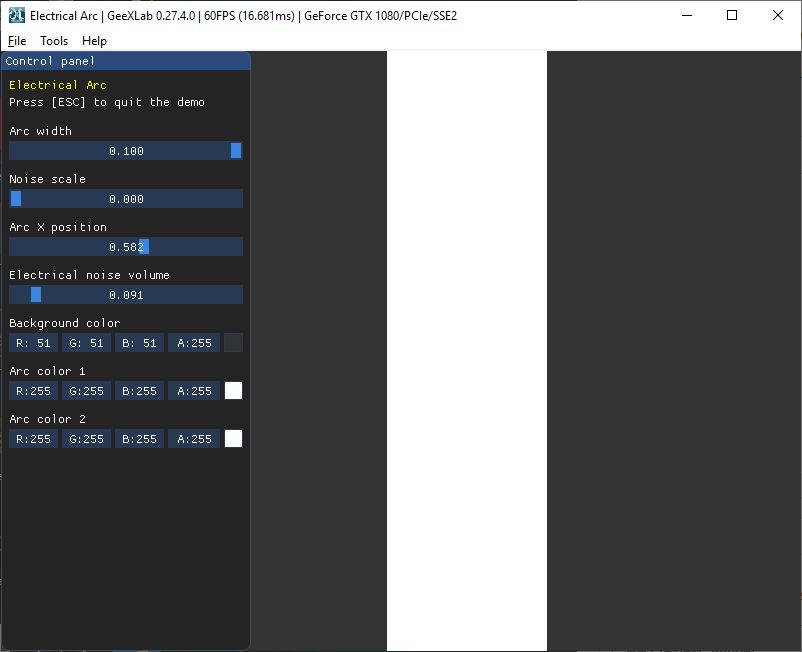 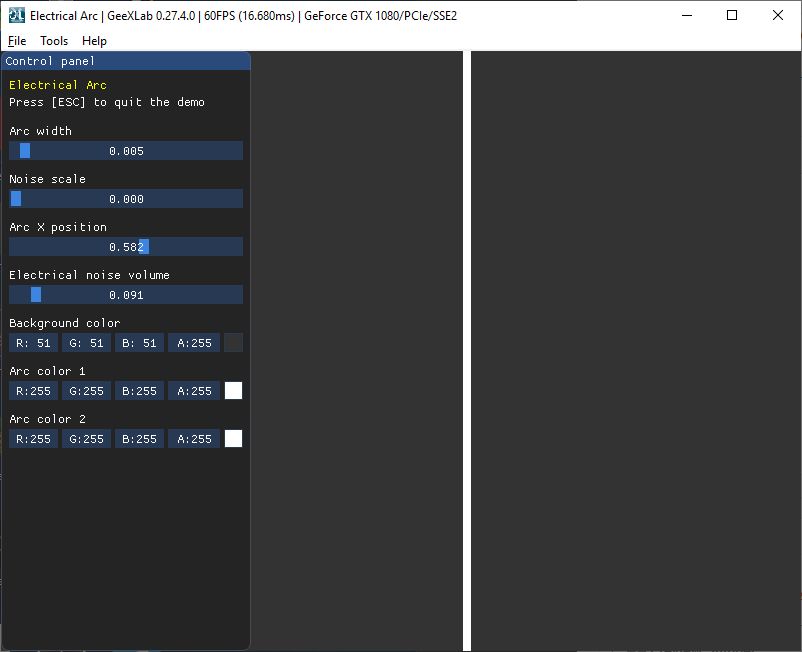 The noise is fetched from the following texture: 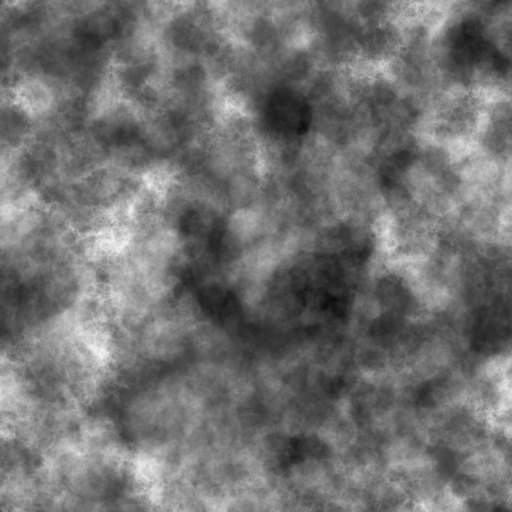 The arc animation is done by playing with texture coordinates (uv2).

arc_x will allow to move the electrical arc. The default value is 0.5 (center of the screen). 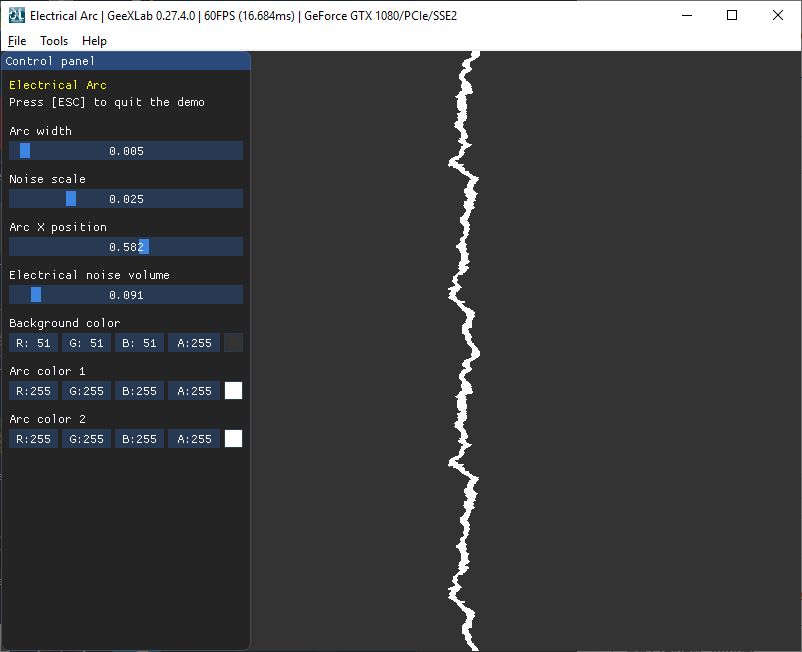 The final touch is to add some color to the white arc (even if a white electrical arc is perfect). 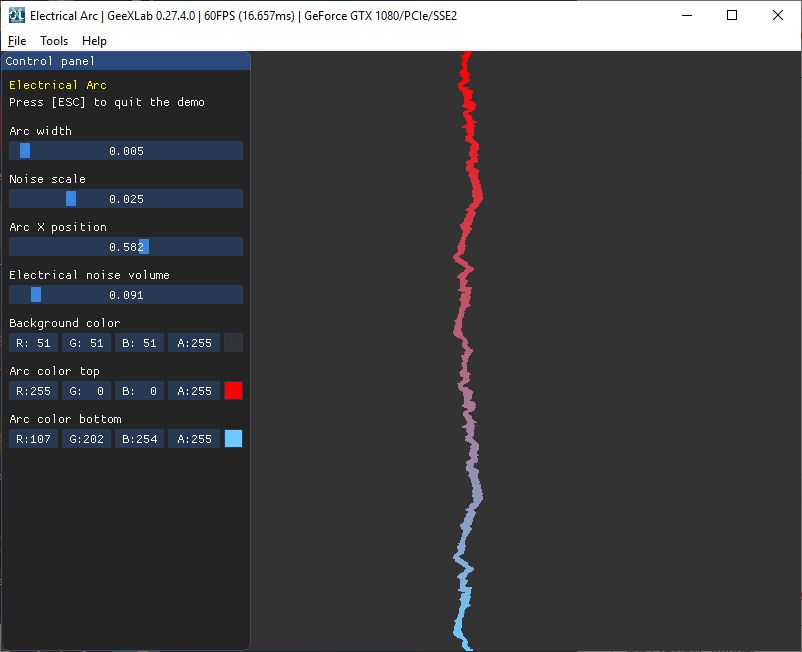