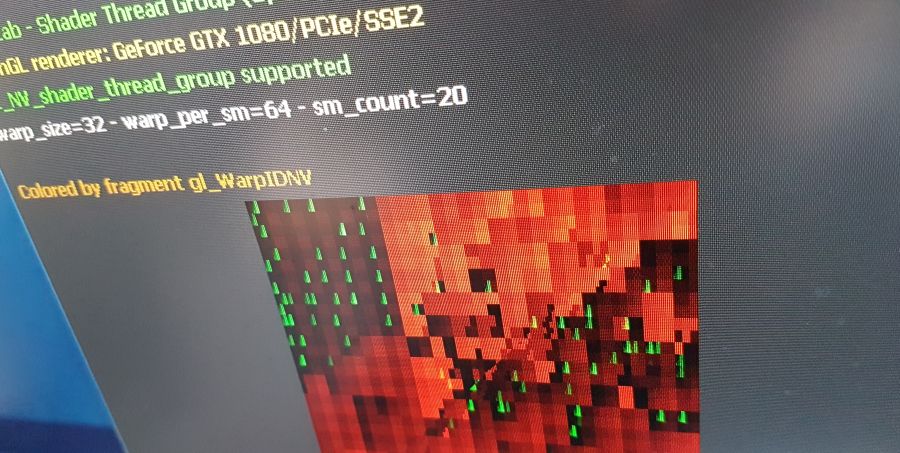 These variables are available in a GLSL shader if the GL_NV_shader_thread_group extension is supported and enabled.

In short, in a NVIDIA GPU, a fragment is rendered by a thread. This thread executes the fragment shader for a particular fragment. Threads are grouped in WARPs and each warp contains 32 threads. WARPs are themselves grouped in SMs (Streaming Multiprocessor). Each SM contains 64 warps or 2048 threads.

The following screenshot shows two simple quads. The top quad is colored by gl_WarpIDNV. The bottom quad is colored by gl_SMIDNV. In both cases, the color (black to red) is related to the ID number: when ID=0, the color is black and color increases up to red for ID=max_value. On both quads, I also added in green (black to green) the threads of the first WARP (gl_WarpIDNV=0). As you can see, all threads of the first WARP do not work in the same zone but are spread over the whole quad. 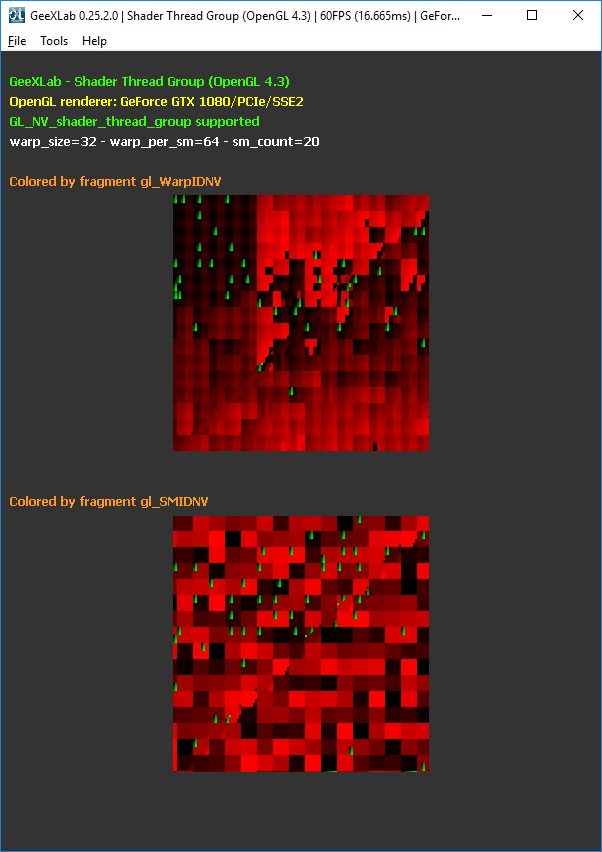 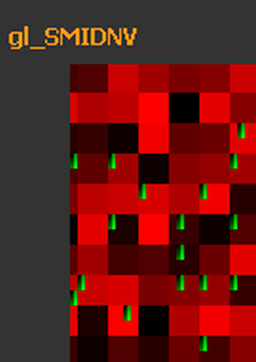 Here is the vertex shader:

and the fragment shader: