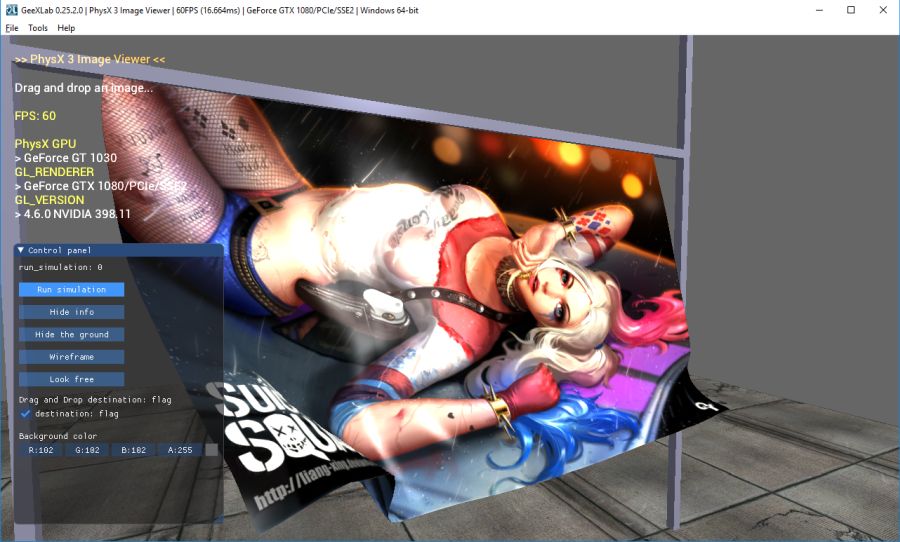 Here is a small demo I coded for Windows (though you can run it on Linux and macOS but I only tested on Windows) to display, on an animated flag, any image I drop on the demo.

The demo requires GeeXLab 0.25.2+ because of some minor updates in the ImageMagick and PhysX 3 plugins. 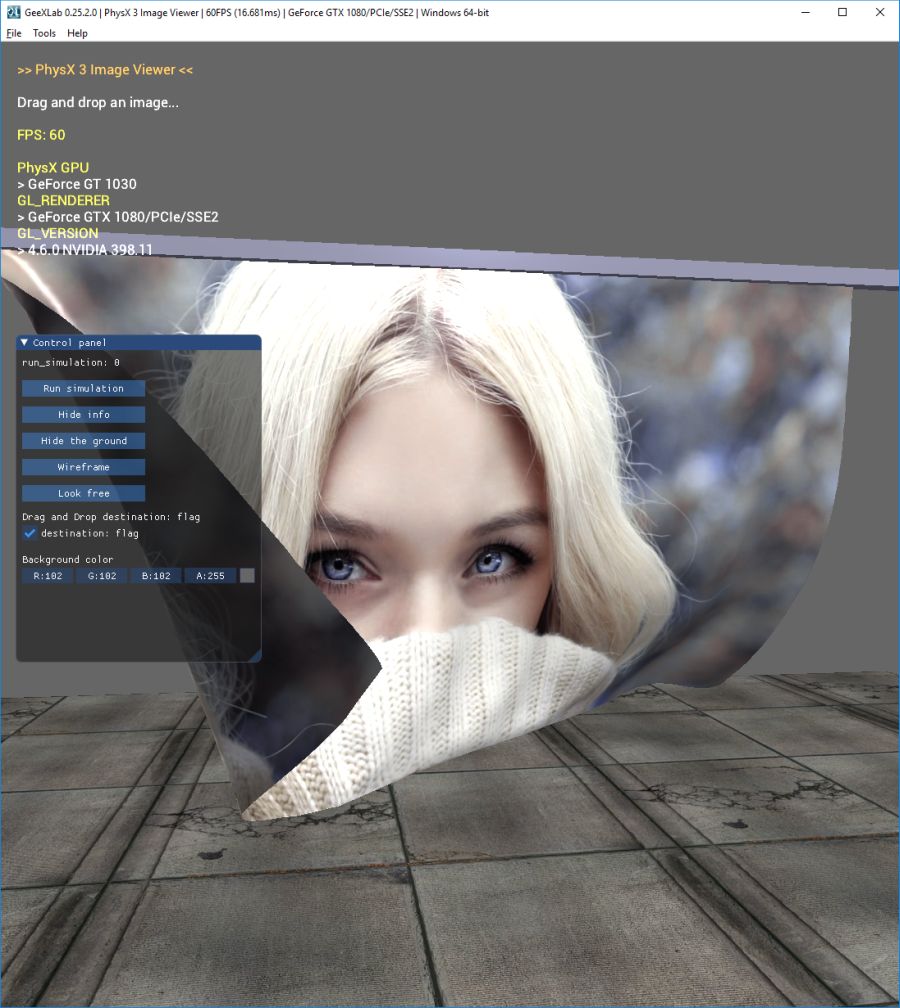 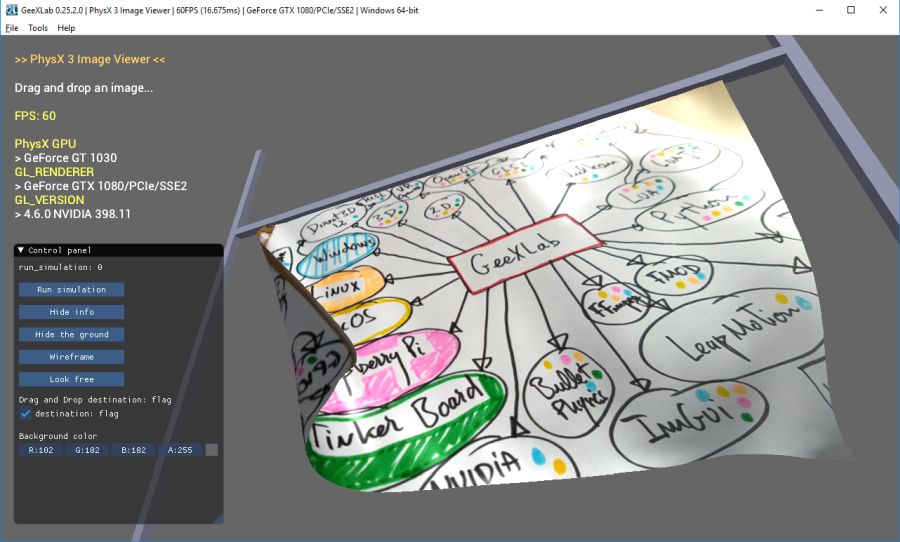 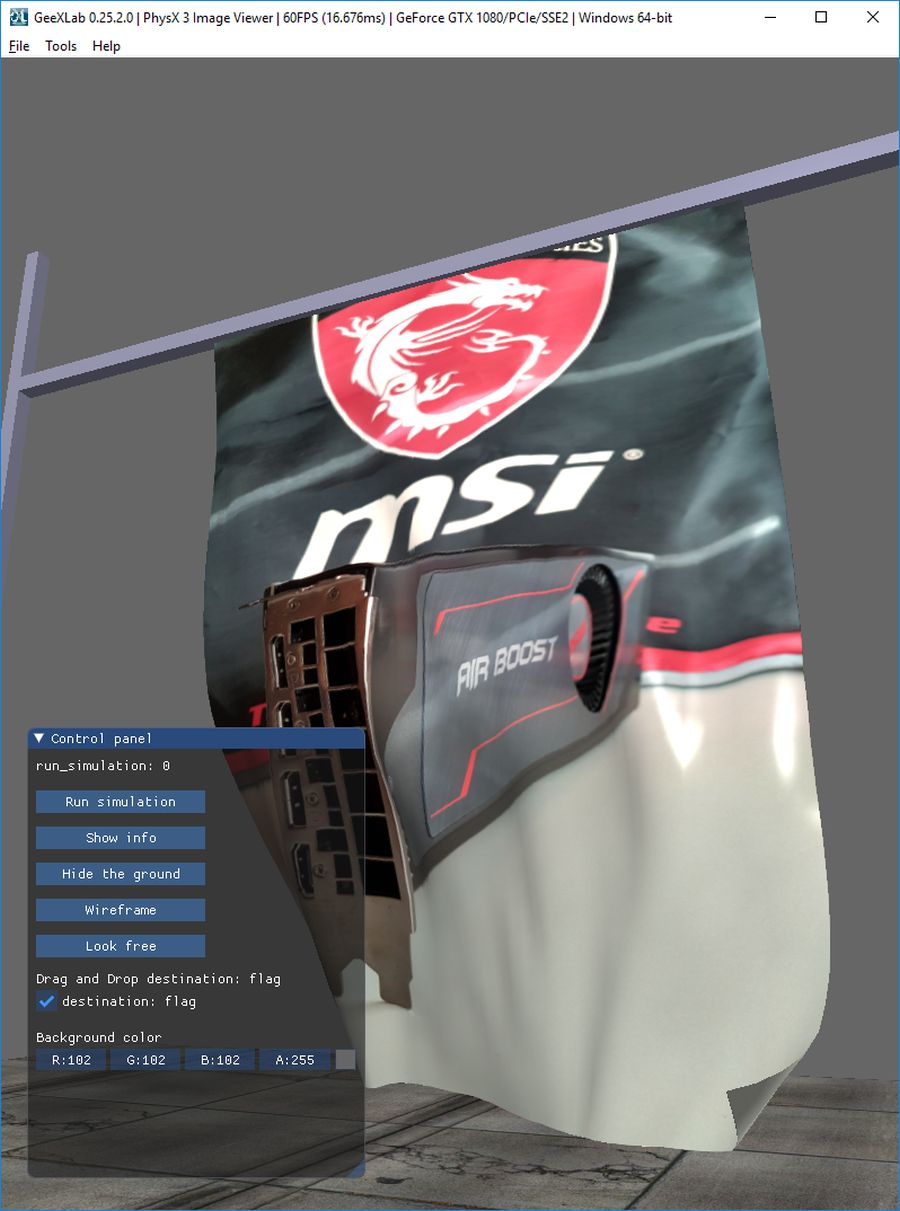 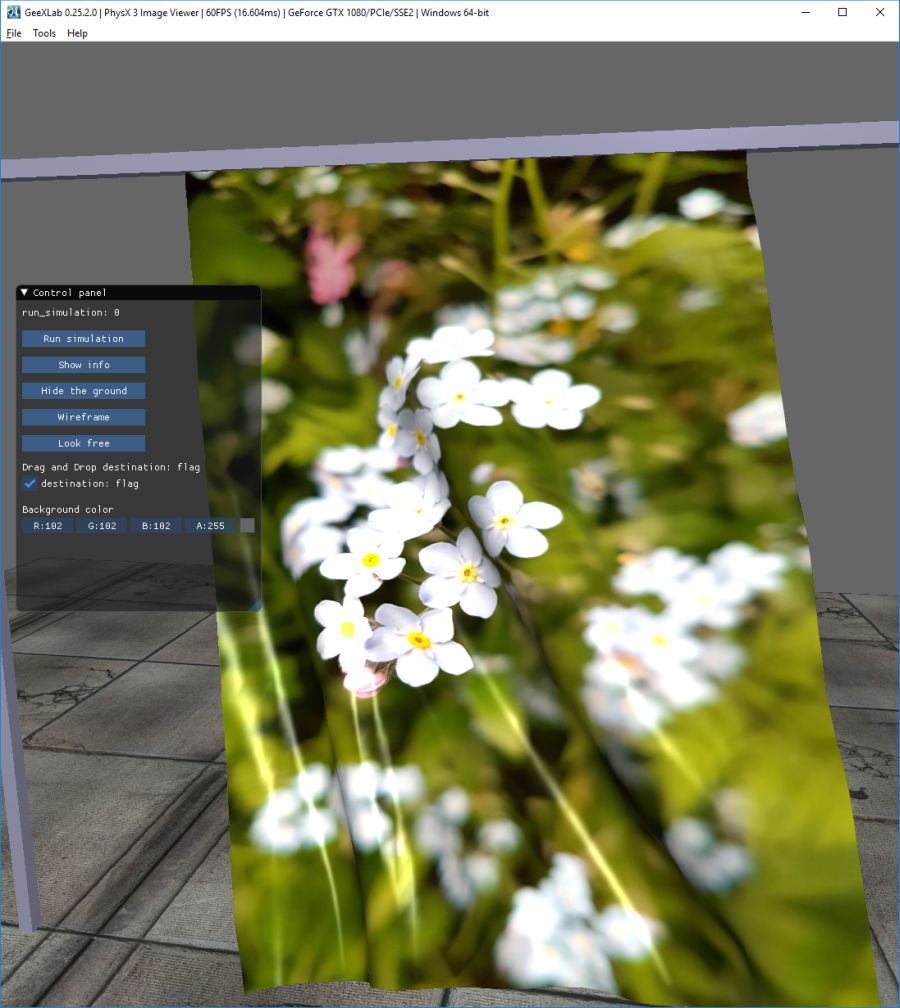