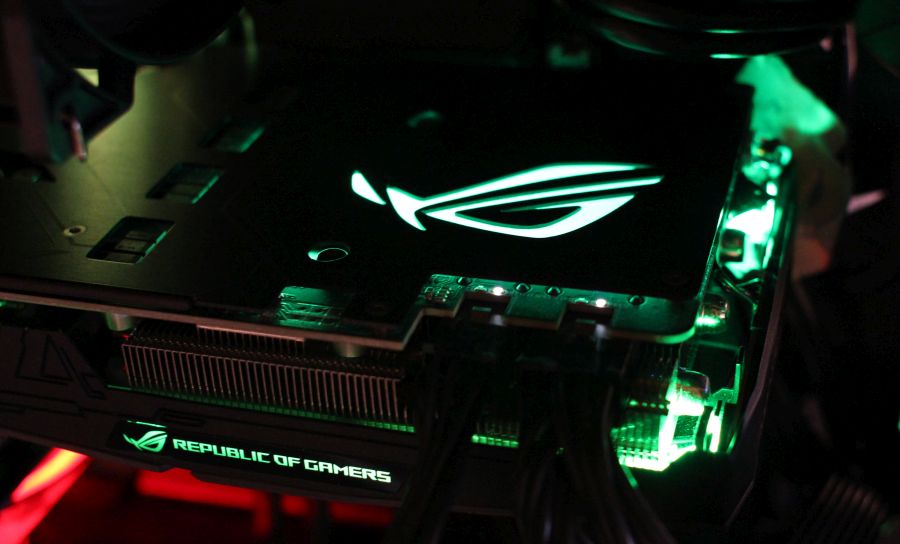 If you have a recent ASUS graphics card (or motherboard), it’s highly probable that your board has some bling-bling LEDs because it’s the trend these last times. The latest GeeXLab 0.18.0.0 comes with ASUS Aura Illumination support. You can control, in Lua or Python, the illumination of all LEDs of your motherboard or your graphics card.

I coded a small demo that allows to change the color of your motherboard or your graphics card. The demo is available in the full code sample pack in the gl-32/asus_aura_led_sdk/ folder. 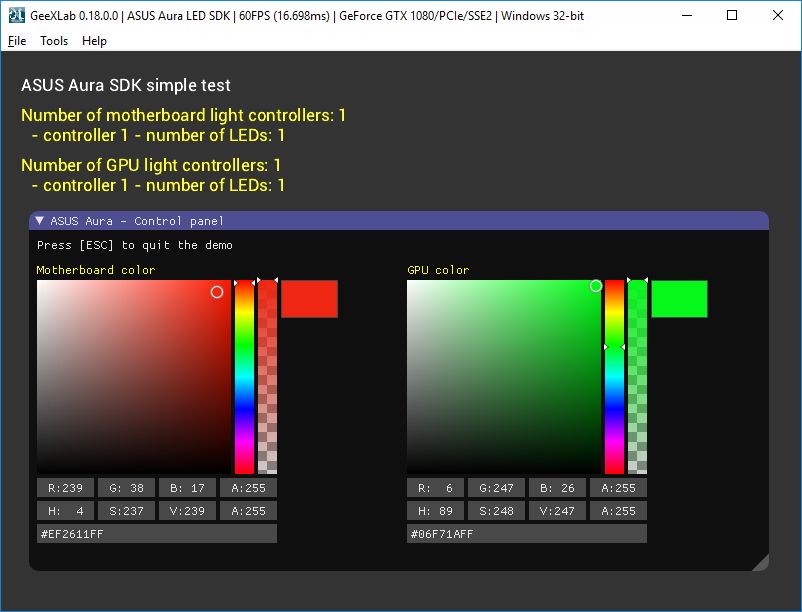 How to run the demo?

1/ be sure that ASUS Aura software is disabled (OFF) otherwise it will constantly try to restore the color of the graphics card / motherboard / mouse / keyboard / RAM:

2/ download GeeXLab for Windows 32-bit from THIS LINK. The ASUS Aura support is available for Windows 32-bit only and ASUS has no current plan to provide a 64-bit version of its Aura SDK (fortunately you can run GeeXLab win32 on Windows 64-bit without problem).

3/ Unzip GeeXLad and the code sample pack. Launch GeeXLab and drag and drop the demo into GeeXLab. That’s all.

I will limit the explanations to the graphics card. Motherboard programming is similar (see the demo source code).

In an INIT script, add the following lines:

And if you want to change them every frame, just put this code in FRAME script. That’s all.

One thought on “ASUS Aura Illumination Demo (Motherboard and GPU)”