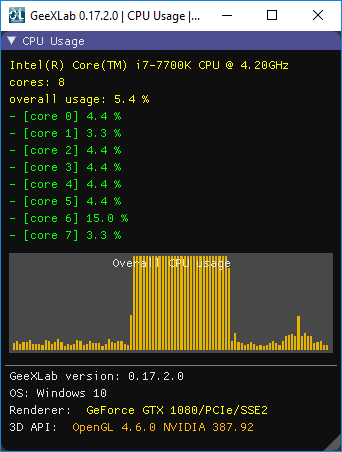 These functions work only on Windows and are available in Lua and Python. Here is how to use them in the different types of scripts to get the overall CPU usage:

The demo displays the overall CPU usage as well as the usage of each CPU core. The CPU usage is updated every second. The demo is available in the full code sample pack in the gl-32/cpu_usage_win32_64/ folder. Launch GeeXLab 0.17+ and drag/drop the demo into GeeXLab.

The demo shows also how to use ImGui functions to display the CPU usage graph (histogram). ImGui is really cool… 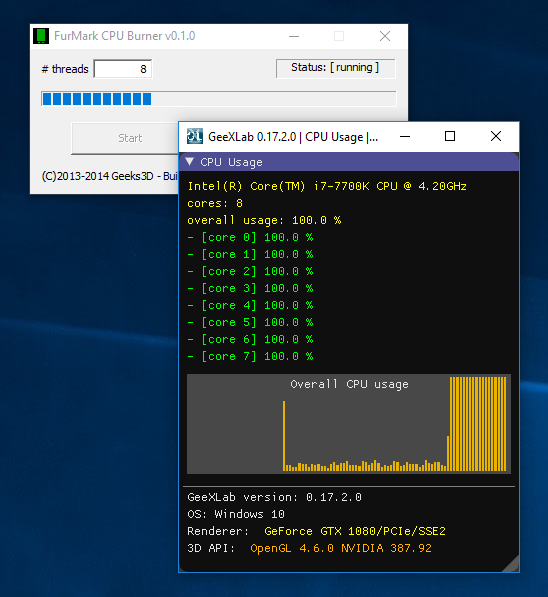