A new version of GeeXLab is available for all platforms: Windows (32 and 64-bit), Linux (64-bit), Raspberry Pi / Raspbian (tested on Jessie and Stretch) and macOS (tested on latest macOS 10.12.6). I spent many hours these last days on the Raspberry Pi and macOS versions because GeeXLab was not fully operational on these platforms.

On Raspberry Pi (ok I should say Raspbian!), the input management (keyboard and mouse) in the OpenGL ES version was broken. On some Raspberry Pi, you couldn’t quit the GL ES version of GeeXLab and above all, you couldn’t use the keyboard or mouse anymore, which is rather embarrasing (see this thread). The OpenGL 2.1 version didn’t suffer from the same bugs because low level input management is handled by X11. In the OpenGL ES version, there is no X11 to help in that task and keyboard, mouse and touchscreen have to be managed by low level code (you have to deal with input file descriptors). Now input devices are correctly detected and managed. 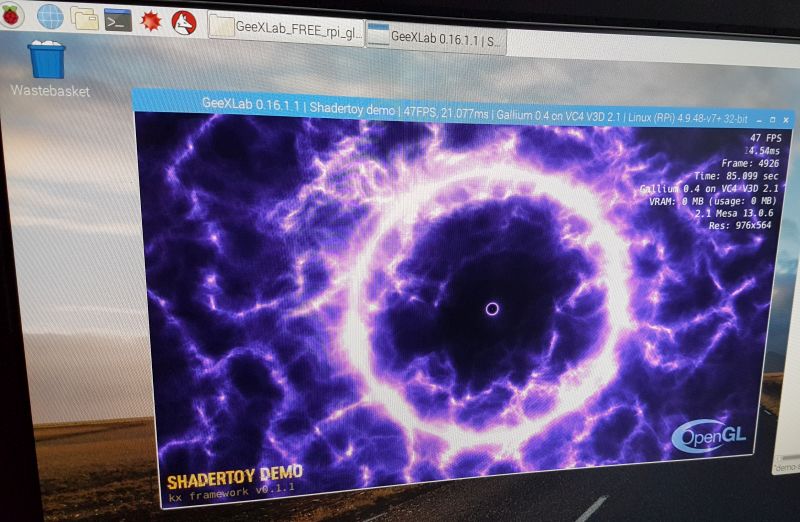 The Return of GeeXLab on macOS

On macOS, GeeXLab has not been updated since november 2016, because of bugs in the window management. Since Xcode 7.0, the title bar is always empty: no system buttons nor title. This time, I took the time to investigate and I finally found the bug: Apple has changed some constants that are used to create a window (I like Apple for the great compatibility between versions of Xcode / macOS). 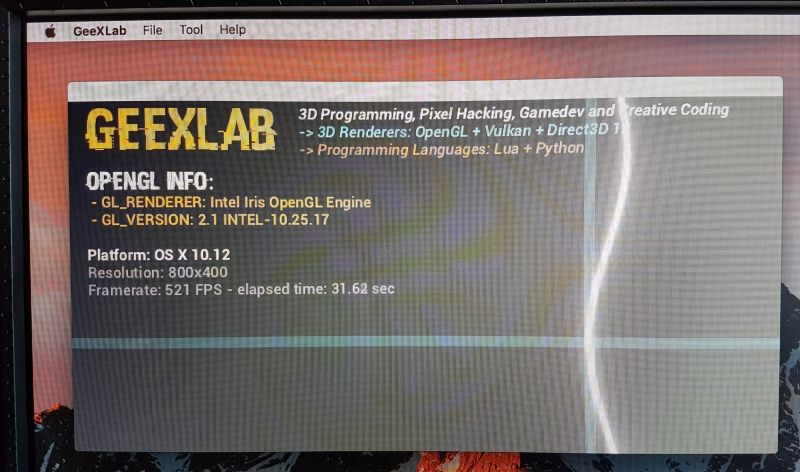 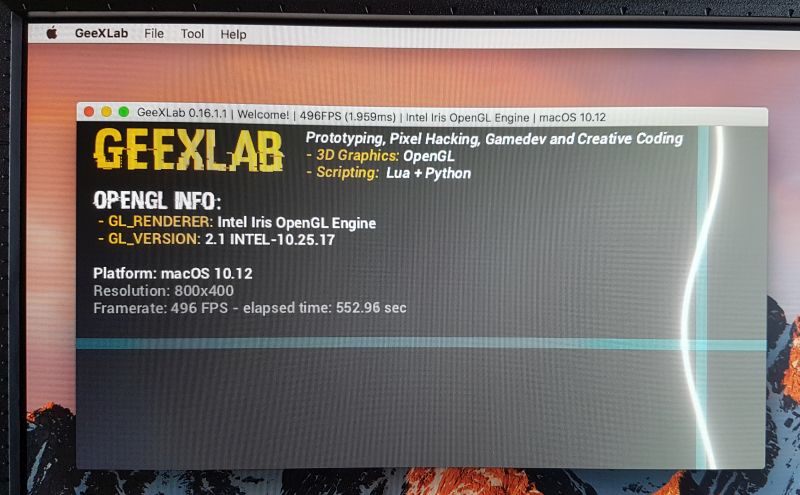 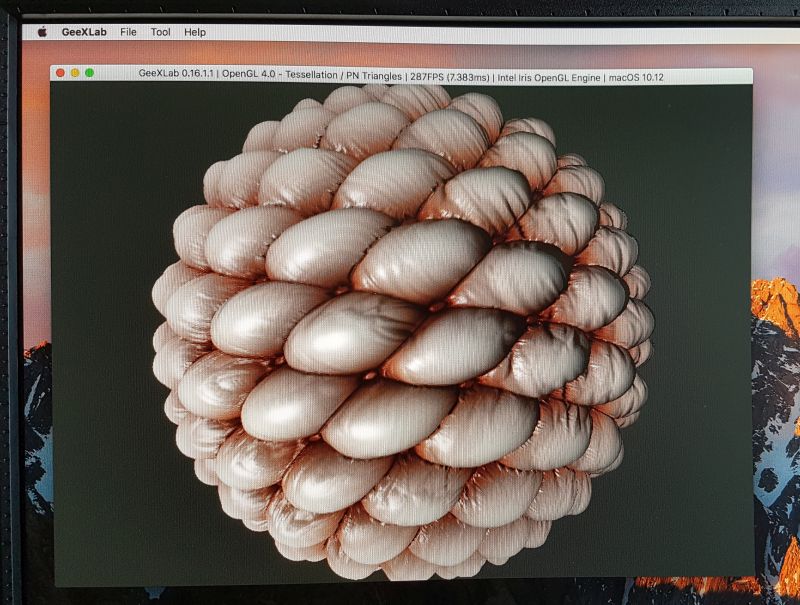 On Windows and Linux, I added the support of tessellation in the Vulkan plugin and fixed few bugs including one related to the management of the swapchain. The Vulkan plugin seems to work properly on all GPUs (NVIDIA, AMD and Intel). I also updated the CPU / GPU synchronization code.

On Windows, I added the support of LuaJIT. Lua is embedded in one of the core DLLs of GeeXLab and then I had to ship two DLLs with GeeXLab: one with regular Lua (version 5.3.4) and a second one with LuaJIT (where Lua is limited to 5.1.4). For example, in GeeXLab 64-bit there are:
– gxl_x64.dll (regular Lua)
– gxl_x64_luajit.dll (LuaJIT)

Then to use Lua 5.3.4 or LuaJIT, just rename the gxl_xxxx.dll file. GeeXLab is linked to gxl_x64.dll so as long as it finds this DLL, GeeXLab will run correctly.