A new version of GeeXLab is available for Windows 64-bit and Linux 64-bit. The branch 0.10.x comes with new features, improvements and bugfixes.

The first change you will notice is the startup scene. It has been re-coded from scratch and uses some of the new functions (true type fonts, Vulkan): 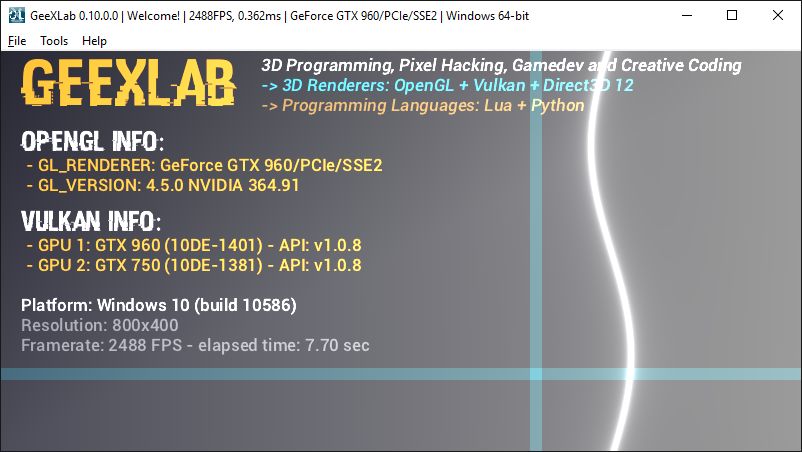 The startup scene is nothing more than a regular GeeXLab demo that has been embedded in GeeXLab. You can access to its source code with live coding tools.

Ok, even if Vulkan support comes in second position in the release highlights, Vulkan is the big thing of GeeXLab 0.10.0.x. I will detail in another post how to play with Vulkan in GeeXLab. Now, all you need to know is that Vulkan support is far from complete, only basic functionalities have been added: you can load SPIR-V shaders and textures (2D + array), create pipeline objects, descriptor sets and GPU buffers. Other functionalities such as render targets (for post processing) will be added later. Check this WIP thread for updates.

Vulkan is available in a plugin that is dynamically loaded when a Vulkan demo is started. The Vulkan plugin is available on Windows 64-bit and Linux 64-bit. I will release the Windows 32-bit version with the full release of GeeXLab (windows, linux, osx and rpi). 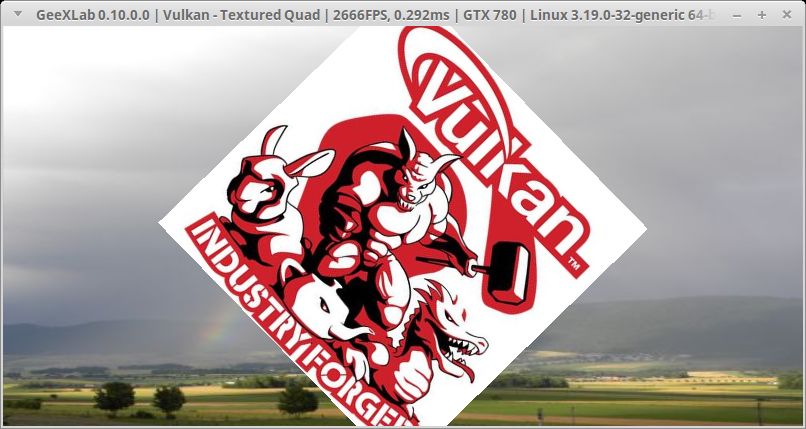 The code sample pack has been entirely re-organized. There are now separate folders for each 3D API supported by GeeXLab: OpenGL (2.1, 3.2, 4.0, etc), OpenGL ES 2.0 (essentially for the Raspberry Pi), Direct3D 12 and of course Vulkan! 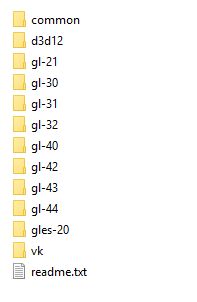 The support of TrueType fonts is an important feature and any serious demo tool. So far the only way to display texts with TTF fonts was to use use functions of the FTGL plugin. These functions work fine and are fast but there are two drawbacks: a plugin is required (plugin_gxc_ftgl_x64.{dll|so|dylib}) and only OpenGL is supported. No way to use this plugin in Direct3D 12 and Vulkan scenes. Not cool 🙁

To display text in Direct3D 12 demos, I recently added the support of fonts via Direct2D. This support works but it is very slow and is limited to D3D12!

It was time to have an unified TrueType fonts management that works across all 3D APIs and platforms. For that I used that nice library: stb_truetype.h. Now I have a decent font management that works everywhere: on all platforms (Windows, Linux, OSX and Raspberry Pi) and with all 3D APIs (OpenGL, Vulkan and Direct3D 12). What’s more, the new font lib is embedded in GeeXLab, a plugin is no longer required.

All new functions are available via the new Lua/Python library: gh_font. I will explain how to use it in an upcoming post. If you’re impatient, just look at the code sample pack (gl-21/font-truetype/ or d3d12/11-truetype_font.xml or vk/06-truetype-font.xml). 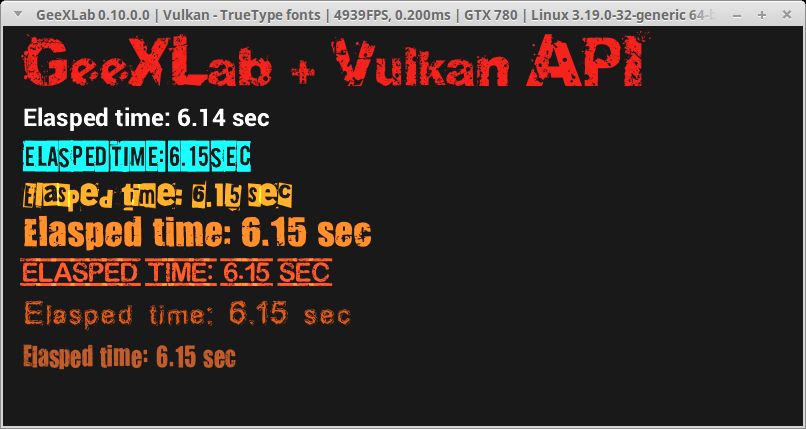 GeeXLab supports now the STL binary (StereoLithography) format. More information about the STL format can be found HERE. STL files are available in two formats: text or binary. GeeXLab only supports binary formats because they are simpler and faster to load.

A demo that load a STL object is available in the code sample pack: gl-32/loader-object-stl/ 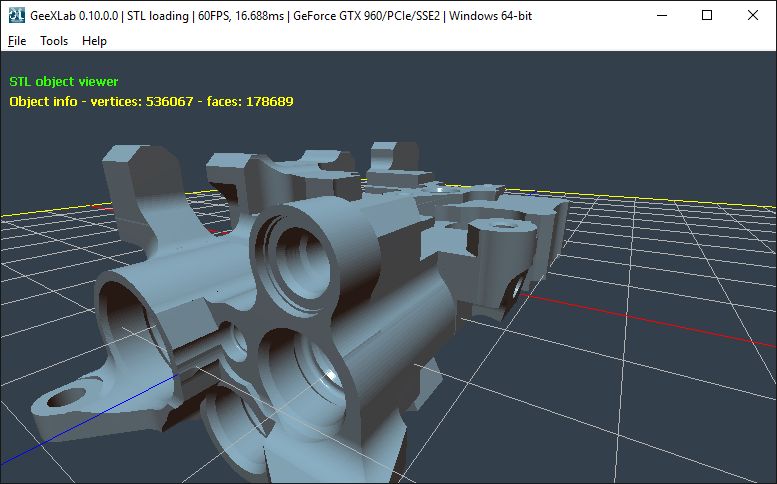