One of the new things in GeeXLab 0.9.4.1 is the addition of few new procedural meshes.

These meshes are generated with this tiny C-header library: par_shapes.h. This lib allows to generate shapes like spheres, isospheres, platonic solids, trefoil knots or Klein bottles. 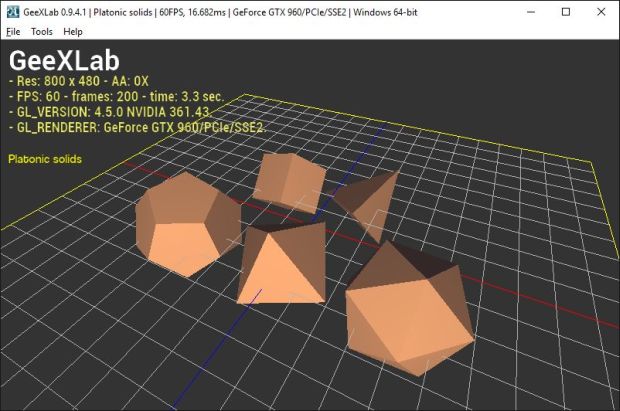 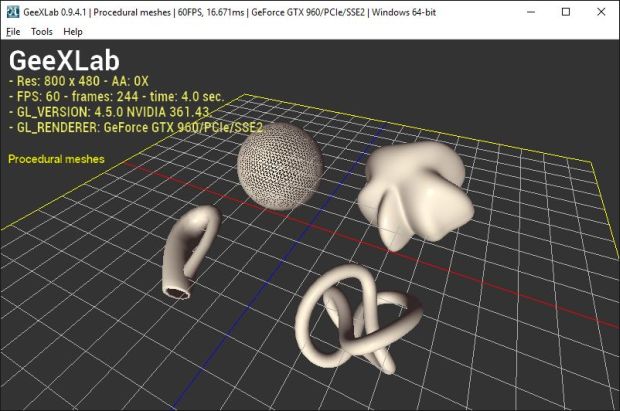 The library allows to generate L-system based mesh but I didn’t manage to create one because of a crash in the lsystem creation function. I don’t have time to investigate about the source of this crash. Maybe the lsystem works better on Linux / OS X. I will test it on those platforms soon as possible.

The first version of this tiny C lib was shipped with this instruction in the par_shapes_create_lsystem() function:

This array declaration is called Variable-Length-Array or VLA in short. This kind of array construction is allowed in C99. But curiously (or not?) VLAs are not accepted by VS2015 C compiler:

That’s probably why the author of par_shapes.h has updated his C lib recently, by removing VLAs and replacing them by regular dynamic memory allocations: