NVIDIA has officially launched today a new entry-level graphics car, based on a Turing GPU, an architecture from the past! The GeForce GTX 1630 is likely the slowest graphics card in current NVIDIA inventory (and maybe the word graphics is not suited to this card…).

This card is the successor of the GeForce GT 1030 and is in the same segment than the Radeon RX 6400 and the recently launched Intel Arc A380. 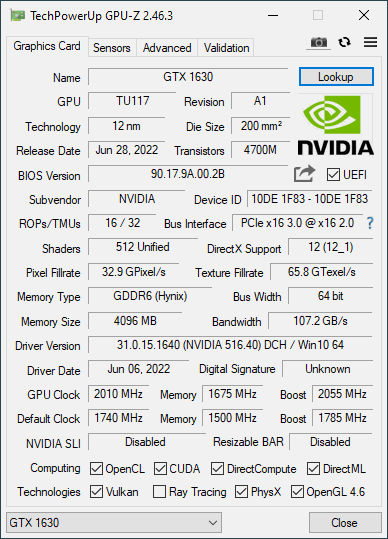