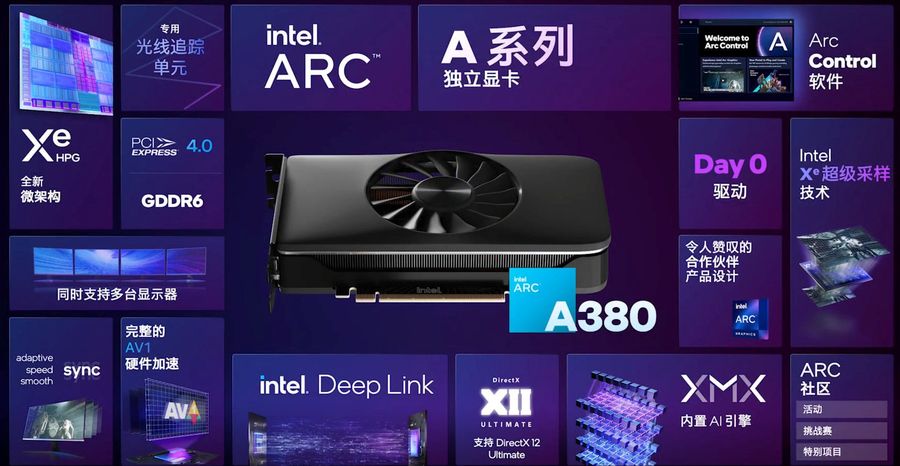 Intel has launched its first real desktop graphics card… in China! Why??? Intel is afraid of western websites reviews? Regardless the reason, the Intel Arc A380 is now real for around USD $150.

The A380 is an entry-level graphics card for 1080p gaming and targets cards like AMD’s Radeon RX 6400. The A380 debuts in China and should be available globally later this summer.

The Arc A380 supports hardware raytracing (Vulkan and DX12) and I can’t wait to test this support!

Here is the press release published by Intel:

Intel has announced the availability of the Intel® Arc™ A380 graphics processing unit (GPU), the first of its Arc A-series 3 graphics desktop products, providing mainstream gamers and content creators with a new option. The Intel Arc A380 GPU, with 6GB of GDDR6 to support the latest games, will be available from desktop PC ecosystem partners Acer, ASUS, Gigabyte, GUNNIR, HP, and MSI starting this month. The release will begin in China and expand globally during the summer.

– The Intel Arc A380 GPU supports the full set of DirectX 12 Ultimate features, including hardware accelerated ray tracing, and delivers fluid 1080p gaming experience at 60 frames per second (FPS) and above with popular titles like League of Legends, Moonlight Blade, Naraka: Bladepoint, and PUBG: Battlegrounds.

– The Xe Media Engine enables the future of video processing with industry-first hardware AV1 encoding acceleration, also supports HEVC and H.264 encode and decode, and is capable of 8K resolution media processing.
– The Xe Display Engine supports up to four 4K 120Hz HDR displays, up to two 8K 60Hz displays, or up to 360Hz for 1080p and 1440p resolutions.

– Intel Deep Link technologies harness the power of Intel® CPUs and GPUs to unleash new levels of performance and efficiency across a variety of workloads.

Intel Arc A380 GPUs will be available in China this month through system builders and then as components by original equipment manufacturers, followed shortly by system and component sales in other regions. The Intel Arc A380 GPU, with a recommended customer price of 1,030 yuan including VAT, delivers up to 25% better performance per yuan2 than available competitive offerings as measured by performance on a selection of popular games.

This card has a GPU clocked at 2450MHz and has a TBP (total board power) of 92W (a 8-pin power connector is required). 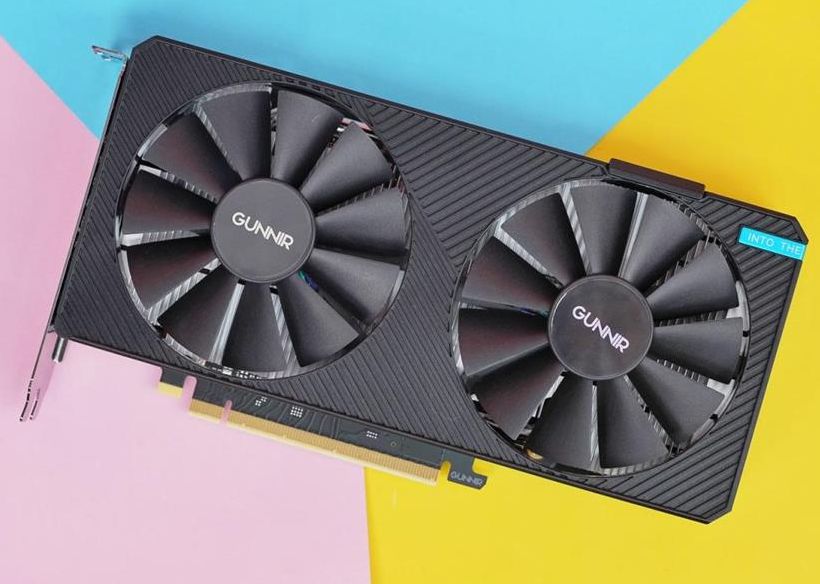 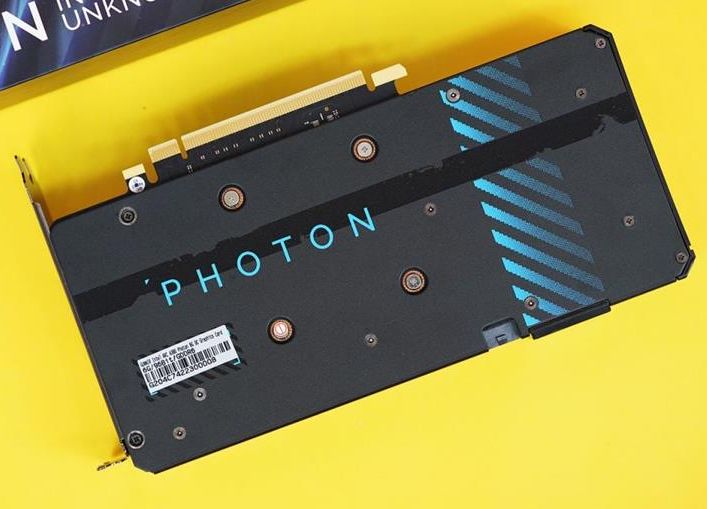 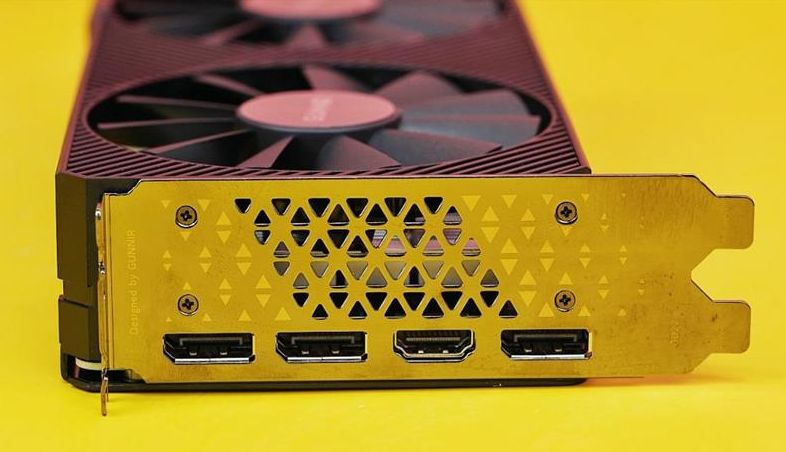 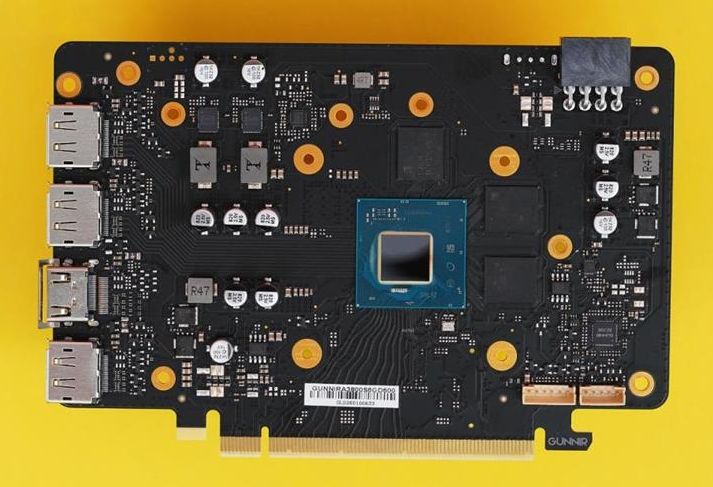 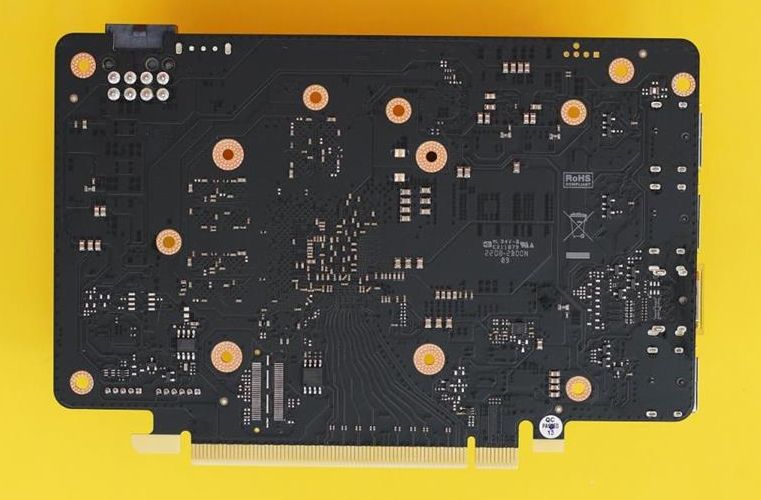 In synthetic benchmarks, the Arc A380 offers similar or better performances than Radeon RX 6400 but in gaming, the Radeon RX 6400 and the GeForce GTX 1650 are faster. 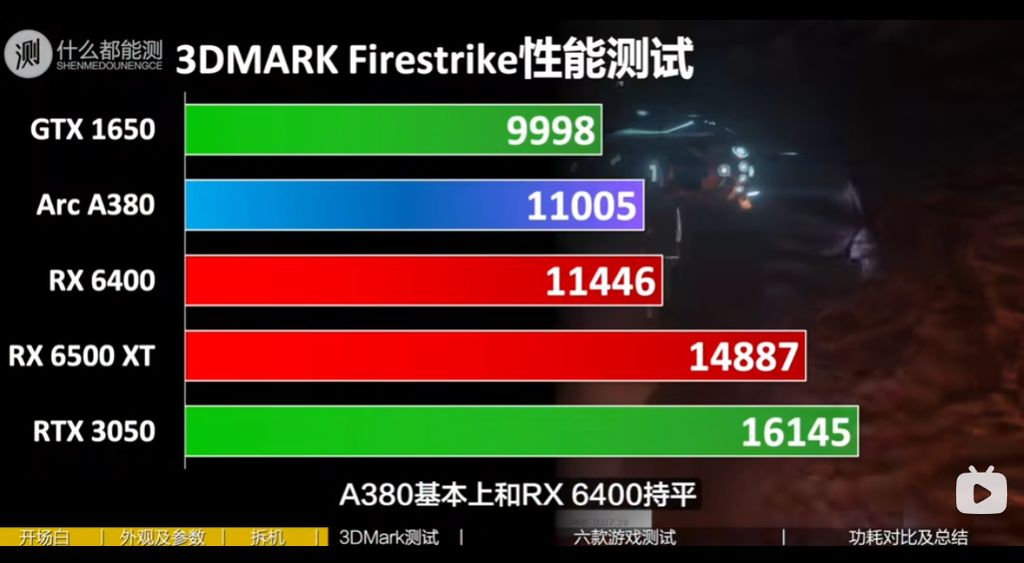 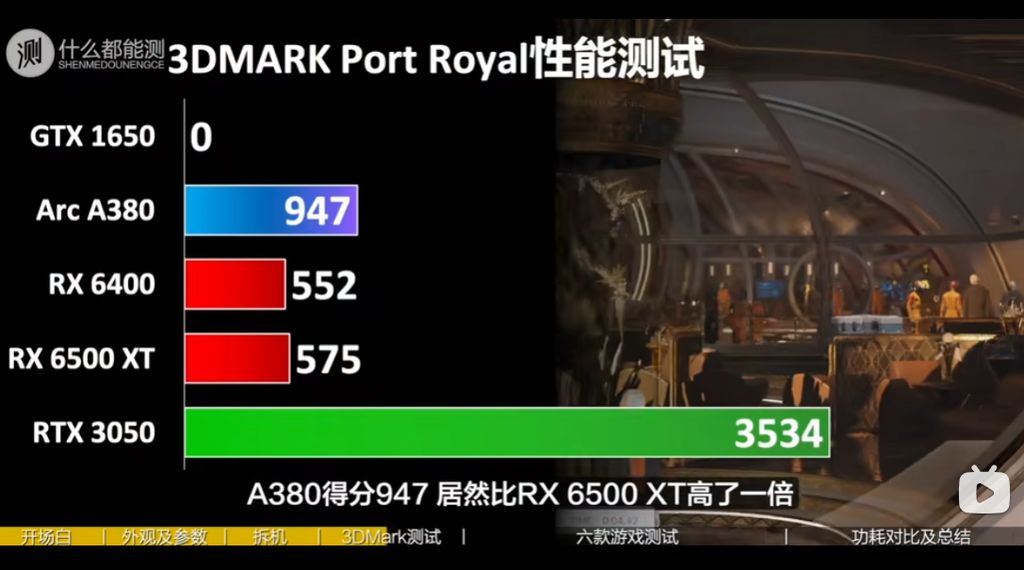 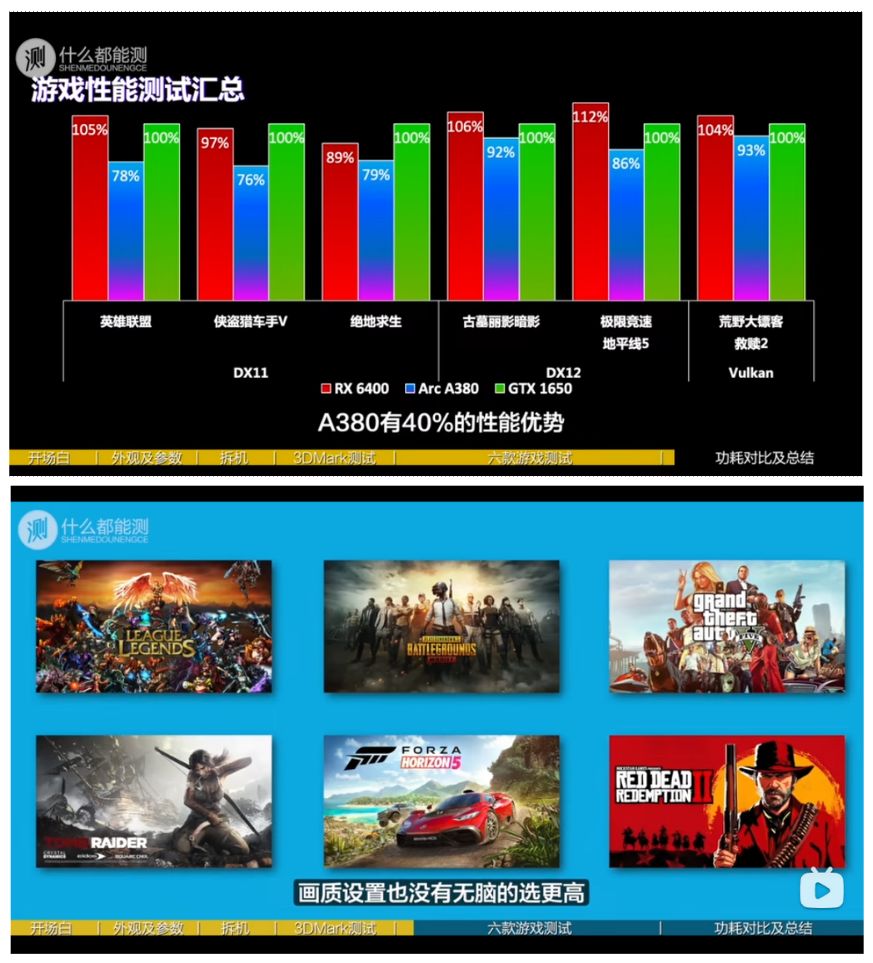 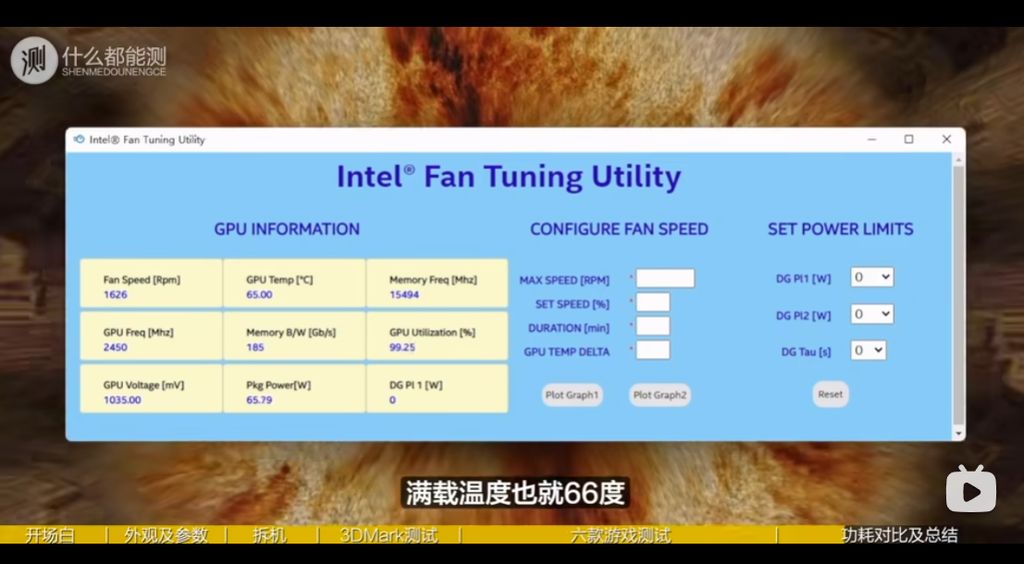 This is our first Intel Arc GPU benchmark & review (other than the DG1) for a true gaming desktop video card from Intel. The Arc A380 competes with the AMD RX 6400 closest, maybe the GT 1630 (we’ll see), and aims to be a $130-$150 card. The A380 launched only in China at first, but will very likely find its way into the rest of the world’s markets. The Intel Arc A750 is coming next, and we have shots of that in this video, but we don’t have a price target on it yet. These cards also have AV1 capabilities, which is something we’ll look at in a future piece!