CPU-Z has a single and multithread CPU benchmark in the Bench panel. 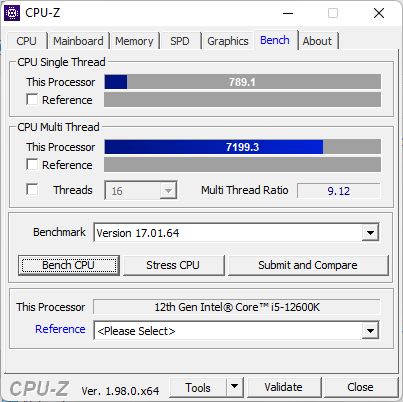 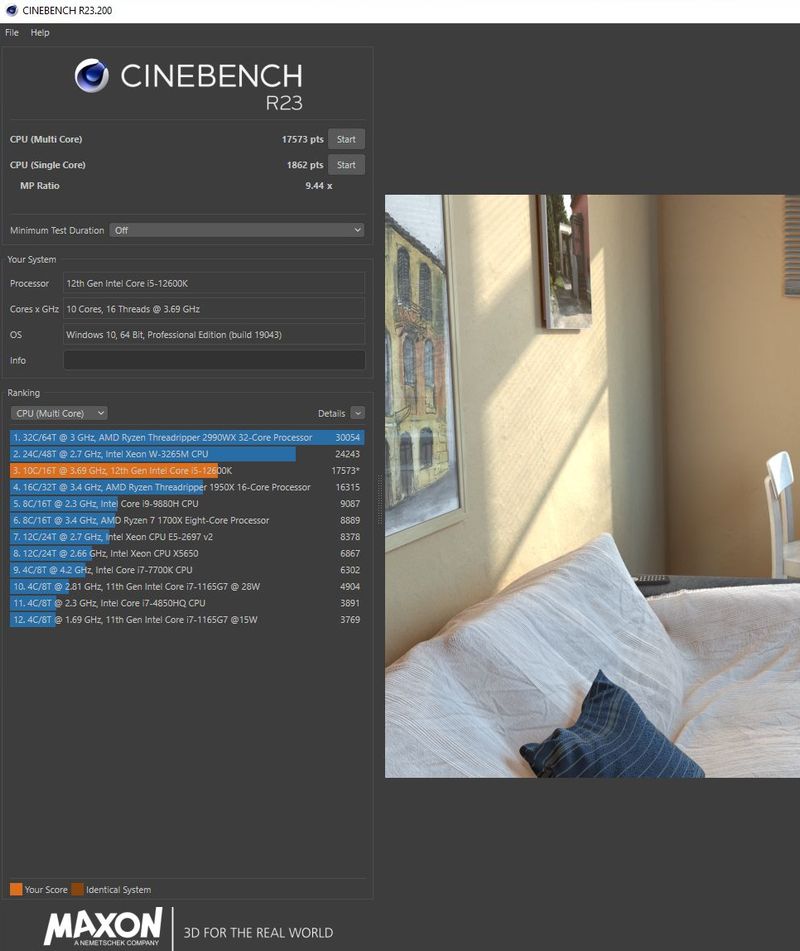 Cinebench is an intensive multi-core CPU benchmark and stress test at the same time. I added close to the CPU name, the power consumption of the CPU during the benchmark (measured with CoreTemp).

I discovered that the popular archive file utility 7-Zip comes with a built-in CPU benchmark module. There is even a website for all scores. To run the benchmark, start 7-Zip main interface, then launch Tools > Benchmark. In this benchmark, 7-Zip compresses and decompresses dummy data and shows the score in number of million (or giga) instructions per second (MIPS for older CPUs and GIPS for recent CPUs). 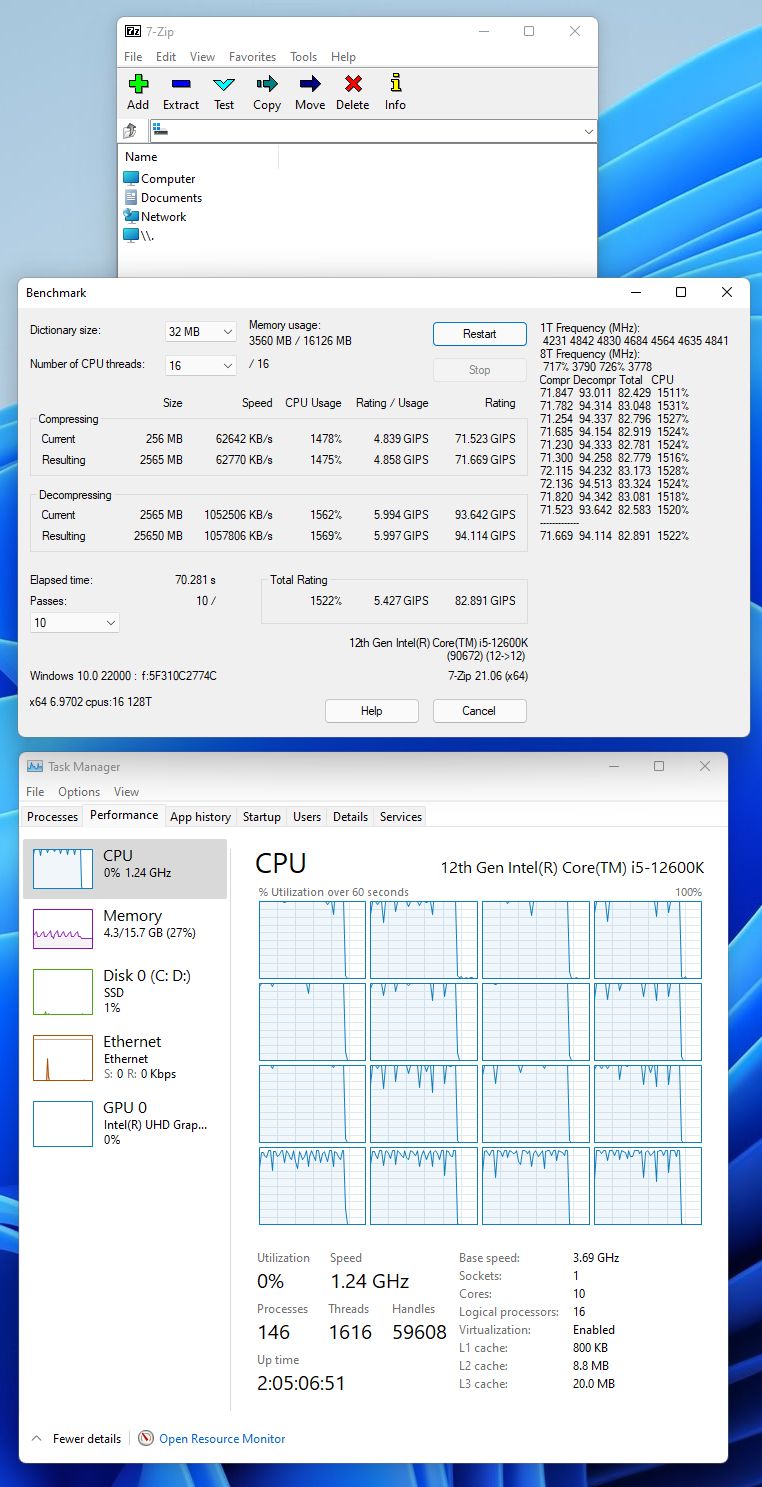 The -benchmark option allows to print the rtime which is the elapsed time, for example:

The following screenshot is interesting because it clearly shows how cores are used. The Core i5-12600K has 6 P-cores for intensive tasks. These 6 physical P-cores (performance cores or Golden Cove cores) are seen by the system as 12 logical cores. The P-cores work at 100%. The last 4 threads are the 4 E-cores (efficient cores or Gracemont cores) that are not hyper threaded and are seen by the system as 4 logical cores. E-cores don’t run at 100%. Now you understand how the total number of logical cores of the core i5-12600K is computed: 12 + 4 = 16 logical cores. 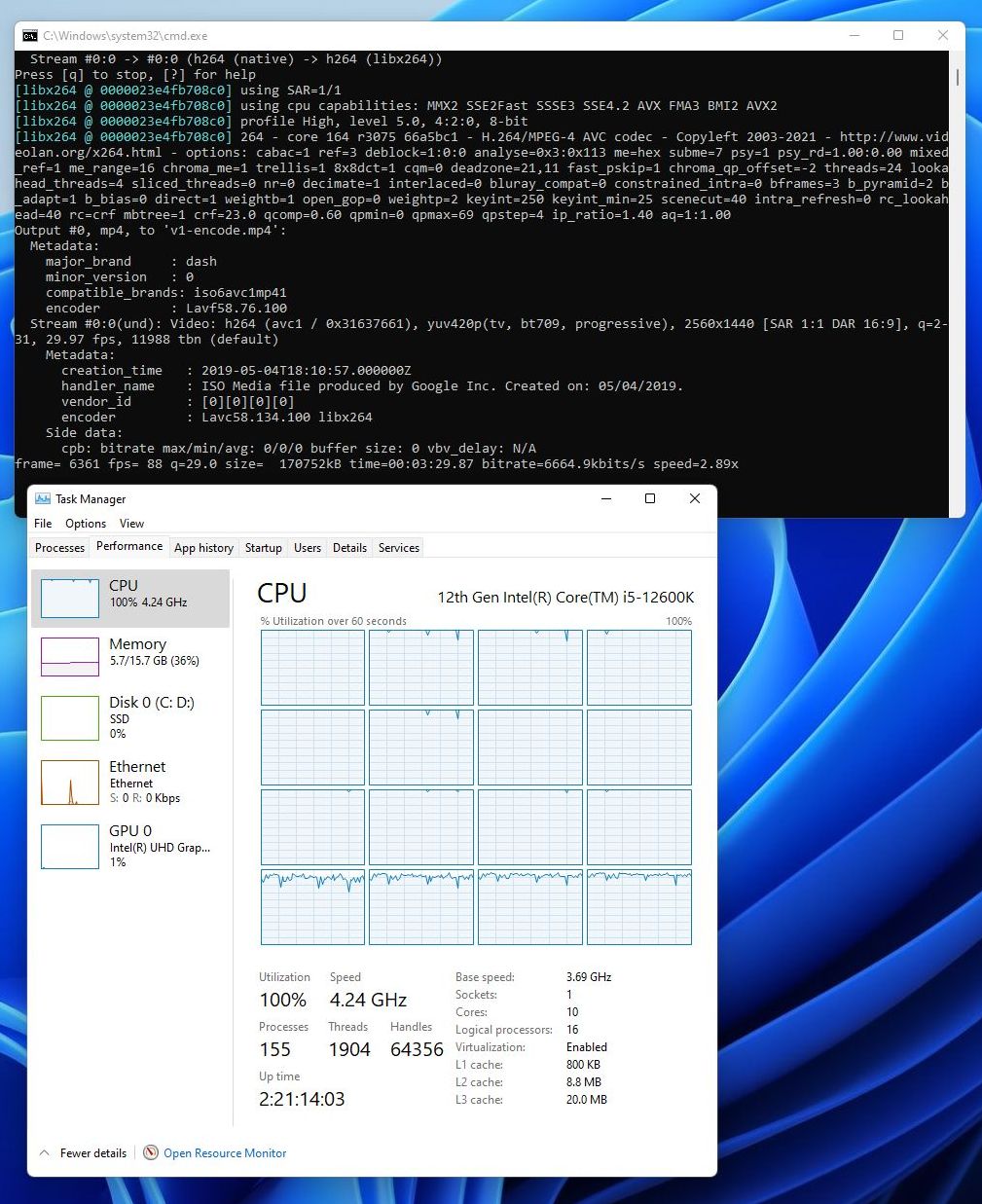 FurMark is an intensive OpenGL benchmark and is perfect to quickly test the performance of the UHD Graphics 770 GPU. 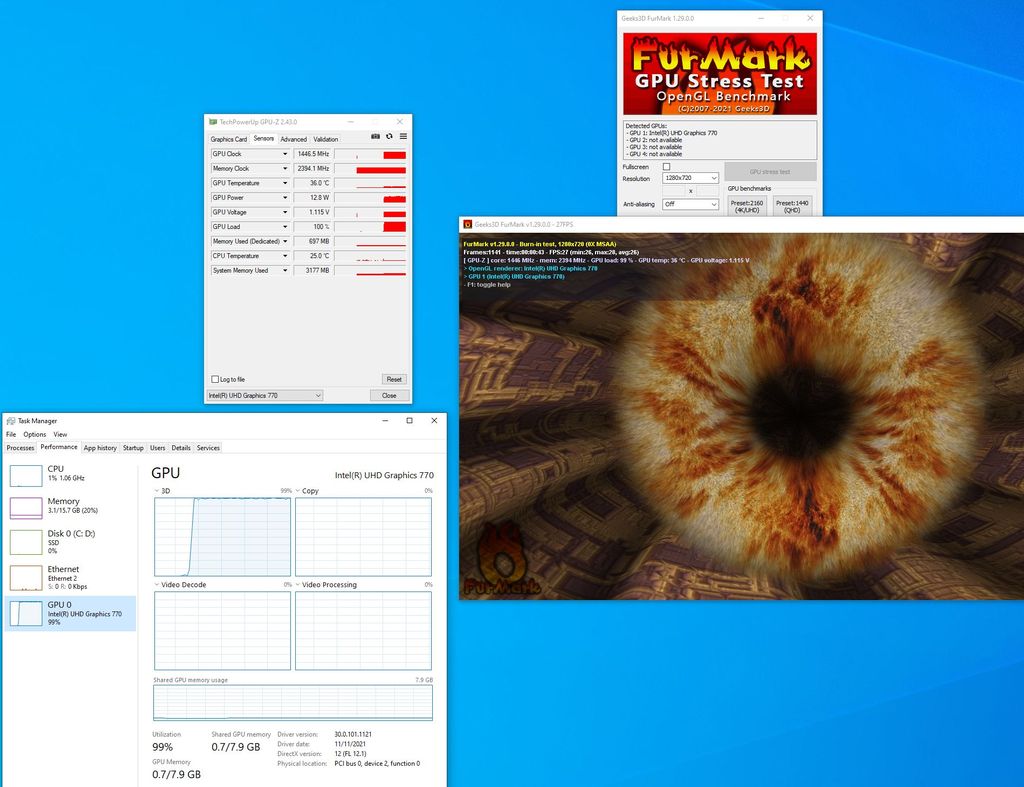