Cards based on GeForce RTX 3080 are not still available in serious quantities, it doesn’t matter, NVIDIA has just unveiled the fourth member of the RTX 30 family: the GeForce RTX 3060 Ti. 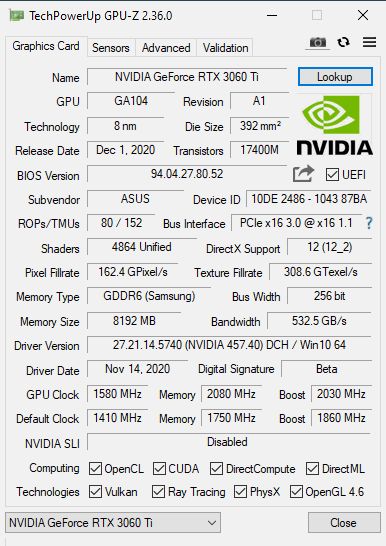