I got the new Raspberry Pi 4 8GB few weeks ago, and I took at the same time a kit of four heat sinks designed for the RPi 4. Let’s see the processor temperature of the new RPi4 8GB with and withtout those heat sinks. 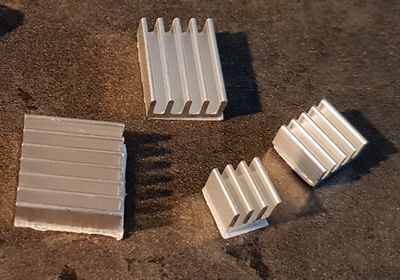 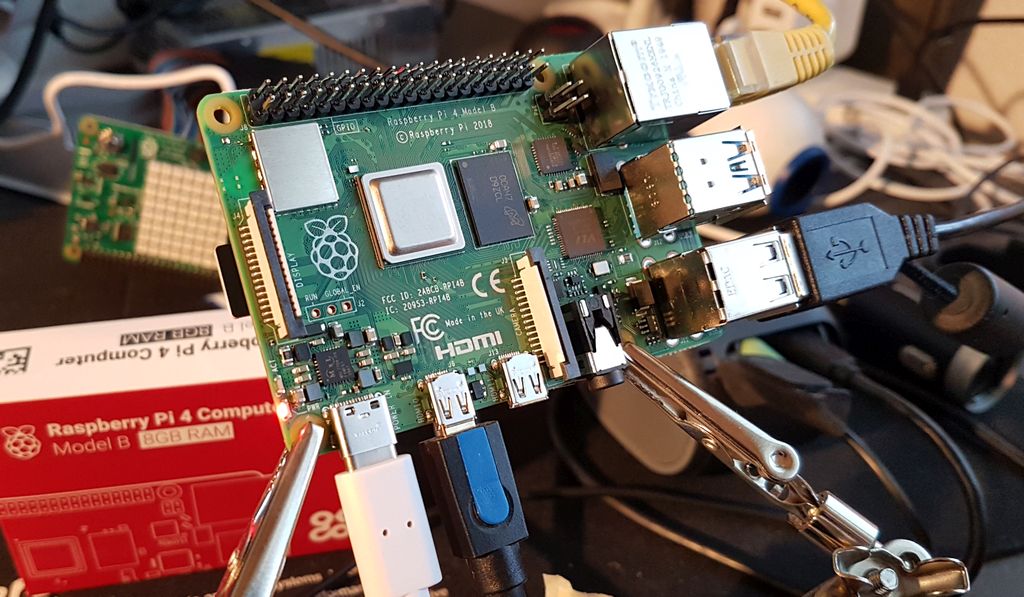 At idle (with the latest Raspberry Pi OS), the temperature of the processor was 55°C. The temperature has been measured with GL-Z as well as with RaspiOS built-in widget. The ambient temperature in the room was 21°C. 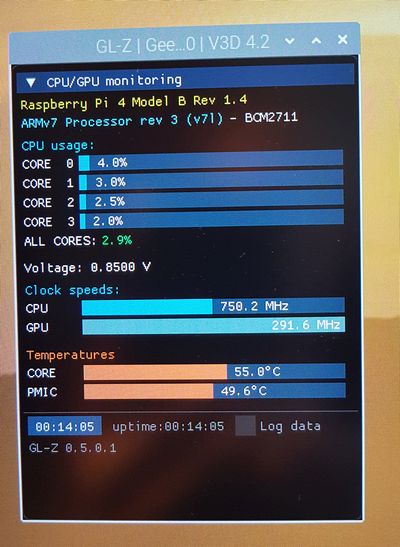 Since an up to date version of the firmware is very important (see this article), I also checked the firmware version with the following command:

To stress test the Raspberry Pi 4, I used YAFFplayer. YAFFplayer is nice stress test tool because it has a multi-threaded video decoder (so the four cores of the RPi 4 CPU are loaded) and video is displayed using OpenGL. I played a 1920×1080 video until the temperature reached a maximum value of 74°C. As you can see on the following screenshot, the four cores are utilized and all clock speeds are pushed to the max. 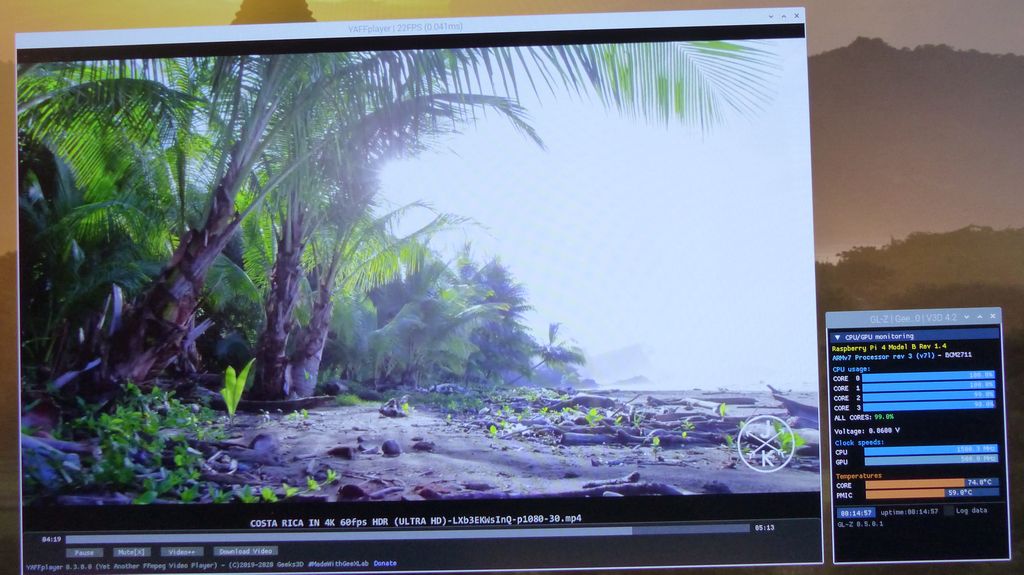 74°C is a nice temperature for a Raspberry Pi 4 without heat sink. 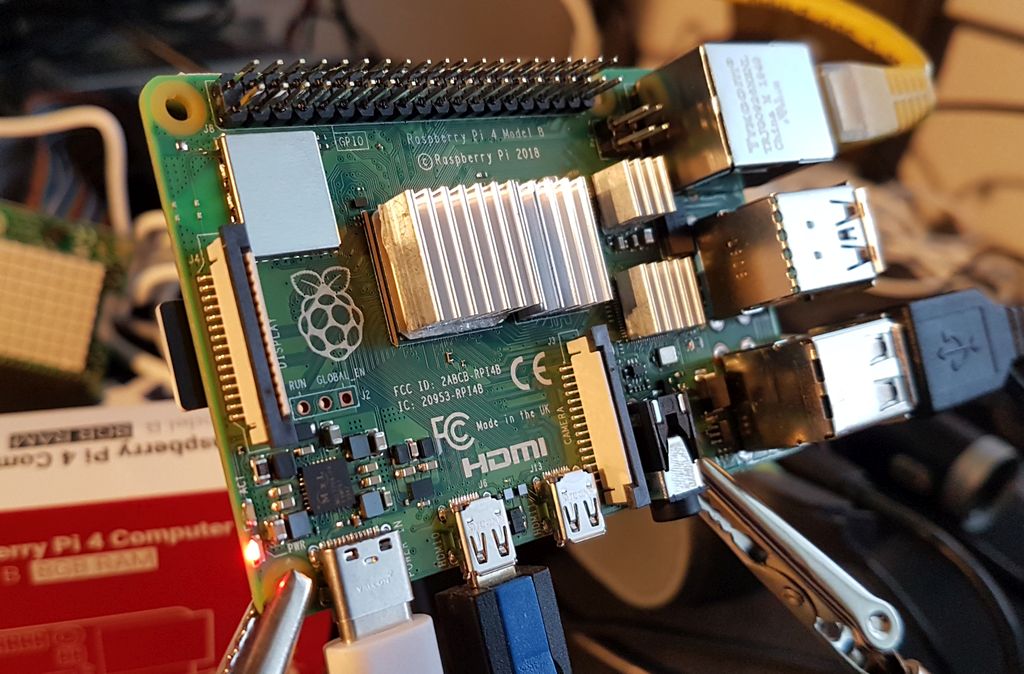 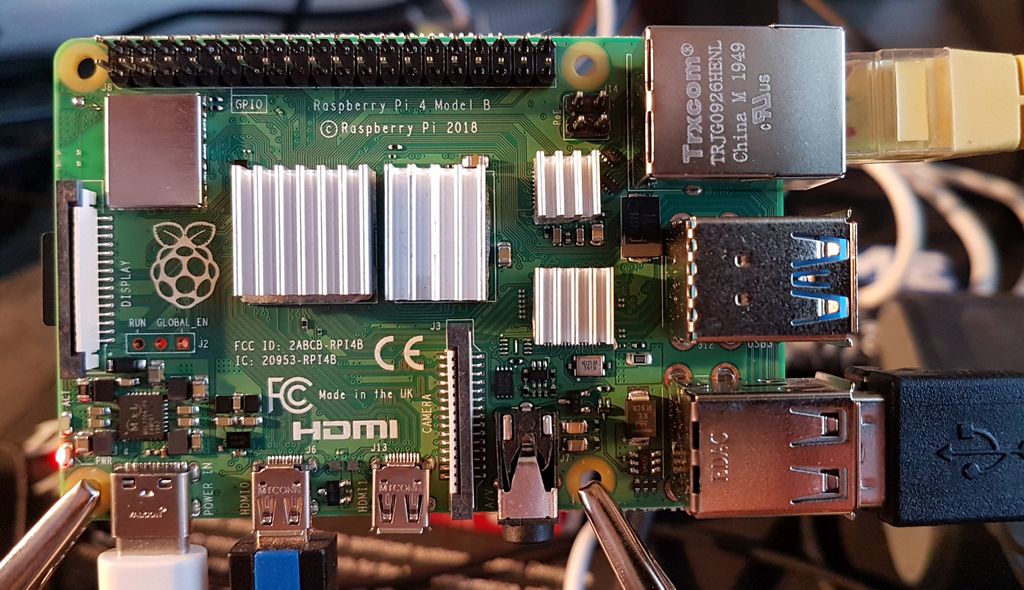 At idle, the heat sinks have an effect by removing 3°C.

Under load with YAFFplayer, the temperature reached 73°C. More or less the same value than without heat sinks.

A idle, these small heat sinks allow to reduce a bit the processor temperature but they are not very useful under load.

But a hot chip is never a good thing in the long term. If your really want to seriously reduce the temperature, a bigger cooler or an active cooler is required like this DIY cooler: ugly but efficient (32°C at idle).