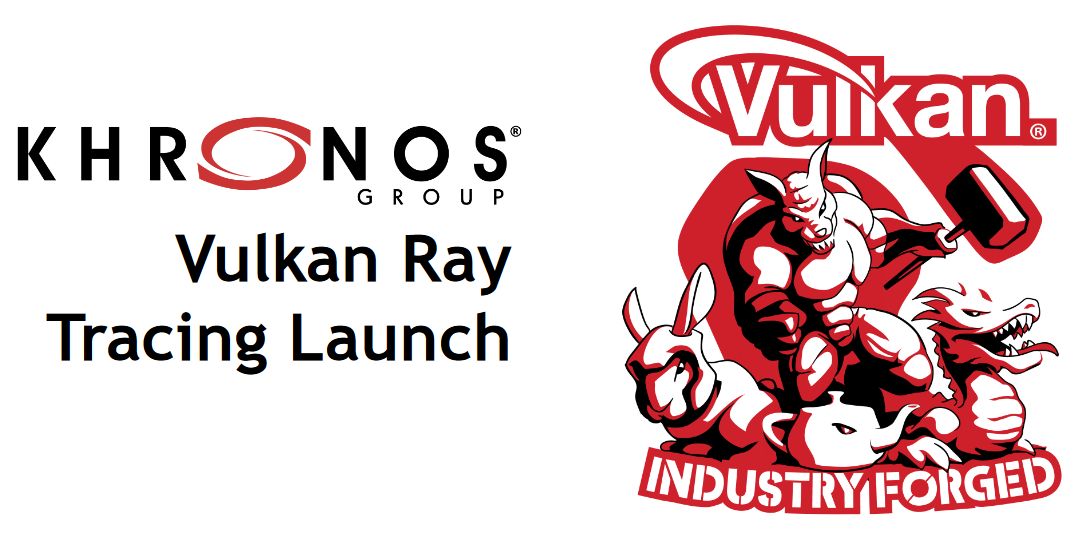 Beaverton, OR – March 17, 2020 – 6:00 AM PT – Today, The Khronos® Group, an open consortium of industry-leading companies creating advanced interoperability standards, announces the ratification and public release of the Vulkan® Ray Tracing provisional extensions, creating the industry’s first open, cross-vendor, cross-platform standard for ray tracing acceleration. Primarily focused on meeting desktop market demand for both real-time and offline rendering, the release of Vulkan Ray Tracing as provisional extensions enables the developer community to provide feedback before the specifications are finalized. Comments and feedback will be collected through the Vulkan GitHub Issues Tracker and Khronos Developer Slack. Developers are also encouraged to share comments with their preferred hardware vendors. The specifications are available today on the Vulkan Registry.

Ray tracing is a rendering technique that realistically simulates how light rays intersect and interact with scene geometry, materials, and light sources to generate photorealistic imagery. It is widely used for film and other production rendering and is beginning to be practical for real-time applications and games. Vulkan Ray Tracing seamlessly integrates a coherent ray tracing framework into the Vulkan API, enabling a flexible merging of rasterization and ray tracing acceleration. Vulkan Ray Tracing is designed to be hardware agnostic and so can be accelerated on both existing GPU compute and dedicated ray tracing cores if available.

Vulkan Ray Tracing consists of a number of Vulkan, SPIR-V, and GLSL extensions, some of which are optional. The primary VK_KHR_ray_tracing extension provides support for acceleration structure building and management, ray tracing shader stages and pipelines, and ray query intrinsics for all shader stages. VK_KHR_pipeline_library provides the ability to provide a set of shaders which can be efficiently linked into ray tracing pipelines. VK_KHR_deferred_host_operations enables intensive driver operations, including ray tracing pipeline compilation or CPU-based acceleration structure construction to be offloaded to application-managed CPU thread pools.

The Vulkan specifications 1.2.135 have been released with new ray tracing extensions.

The ray tracing in Vulkan is essentially based on the following extensions:

Two interesting resources have been published: