Here is a small demo for testing the monitoring of Radeon GPUs on Linux using DRM. DRM is the short version of Direct Rendering Manager, the Linux interface with modern GPUs (more info here). Thanks to DRM, we can access to hardware sensors like GPU core temperature, utilization, fan speed and so on.

I coded a small prototype with GeeXLab that reads DRM data (source code in Lua is available in the linux_drm_gpumon/ folder). This is my first contact with DRM and at first sight, DRM is well supported by Radeon GPUs and a bit less by GeForce GPUs (see the screenshots below). I tested the proto on Linux Mint 19.3 with several Radeon GPUs (Polaris and Vega are supported, Navi not yet).

I will add the support of Linux DRM in the next update of GL-Z. 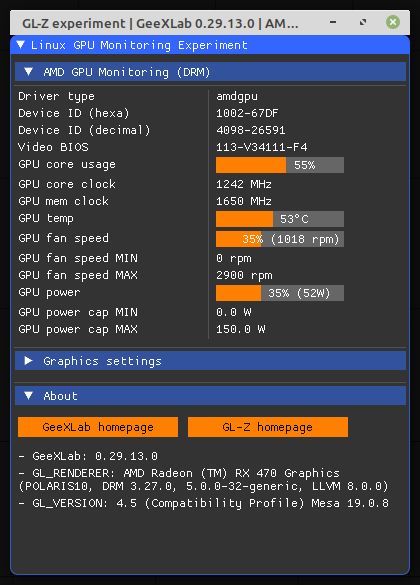 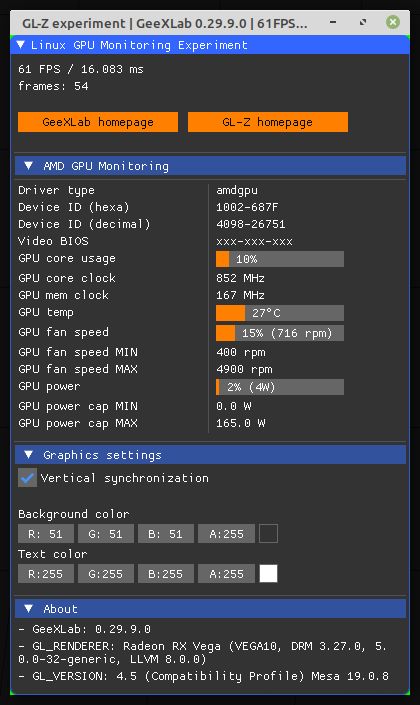 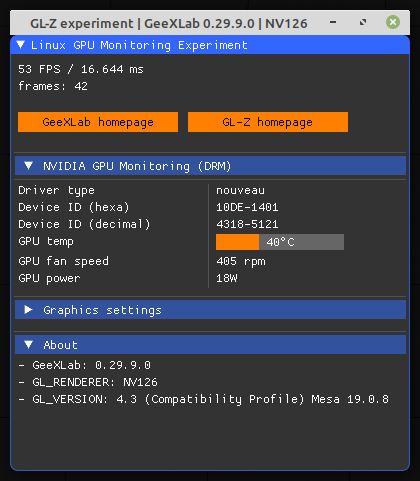