Another SUPER card launched, this time, NVIDIA has launched the slowest member of the GTX 16 SUPER family. The GeForce GTX 1650 SUPER is based on a Turing TU116 GPU (the GTX 1650 non-SUPER is based on a TU117) and comes with 4GB of GDDR6 graphics memory. The GTX 1650 SUPER is a sub-$200 card and is a reply to the upcoming Radeon RX 5500. According to TPU, NVIDIA didn’t provide graphics drivers to 0-day reviewers, even NVIDIA seems tired to release new graphics every week! 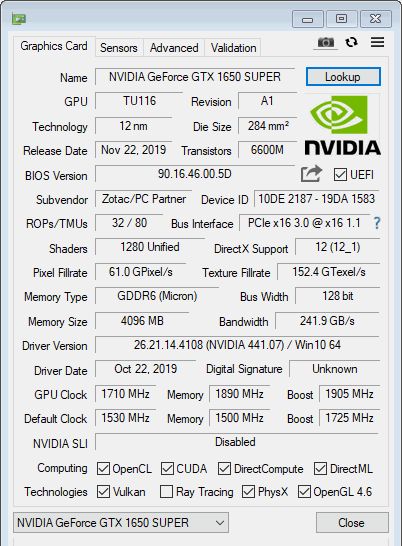