These last months I used NVIDIA ShadowPlay to capture videos of my OpenGL or Vulkan demos. ShadowPlay works fine but for me, there are two drawbacks: it requires an NVIDIA GPU (very minor drawback) and you have to be logged in GeForce Experience (major drawback). I recently discovered an easier way to record videos of my GL/VK apps/demos: the Windows 10 Game bar. Win10 Game bar has a built-in screen recording utility and it works rather fine. No need to install a video capture utility. It’s handy when you have several PCs…

Win10 screen recording utility (is there is codename for this app?) records a video in the .mp4 format and works with any Direct3D, OpenGL or Vulkan applications, with any GPUs (NVIDIA, AMD and Intel). You can launch app capture very quickly and the nice thing is that the framerate is not affected by the video recording.

Here is a quick video capture of a GeeXLab demo (four shadertoy shaders in a single demo):

You can also open the Game bar with Win + G to see get more options: 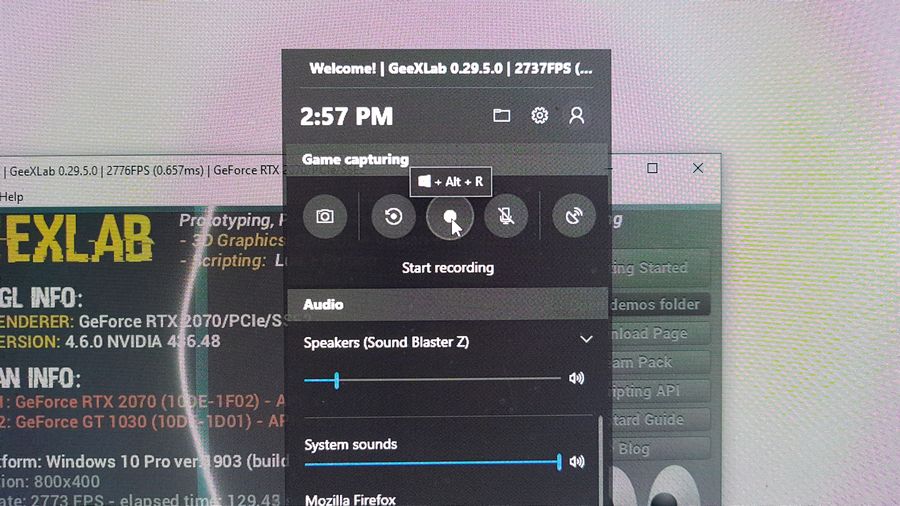 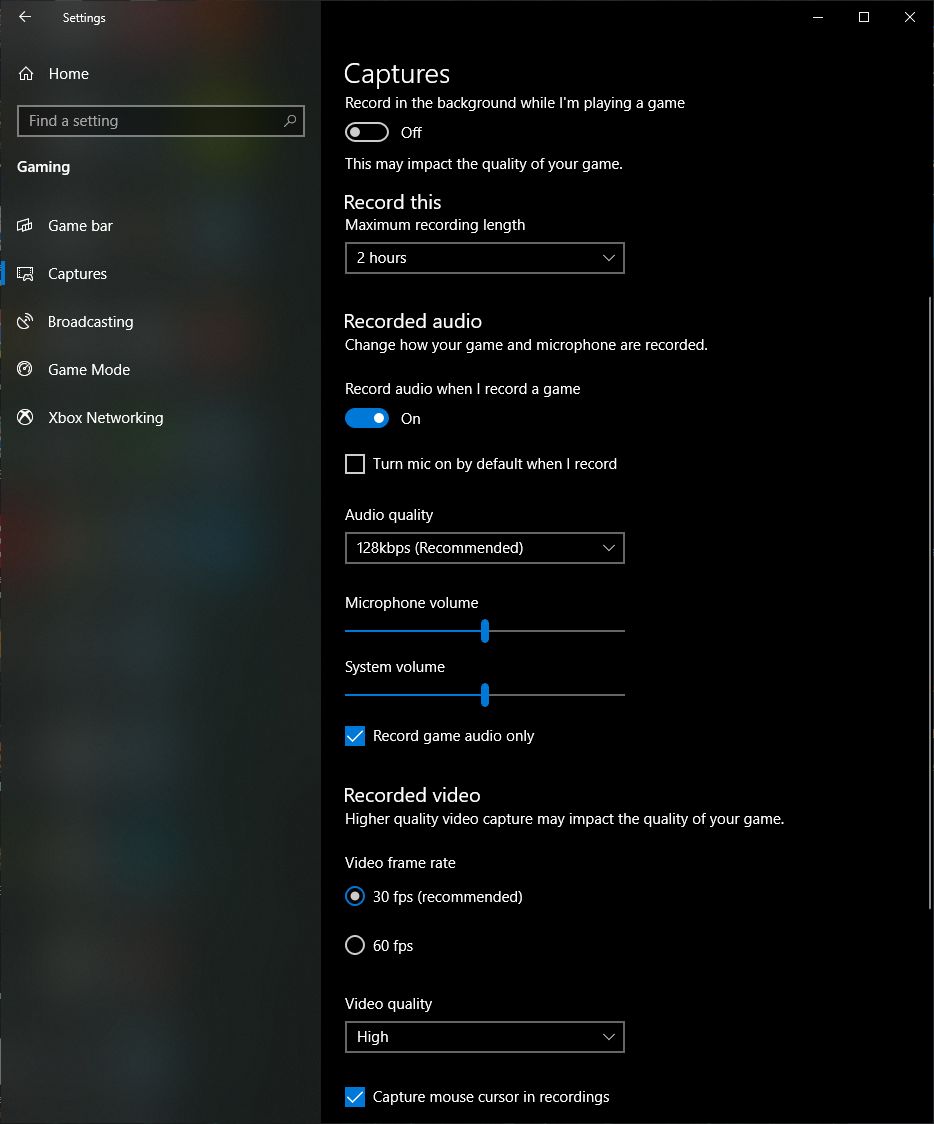