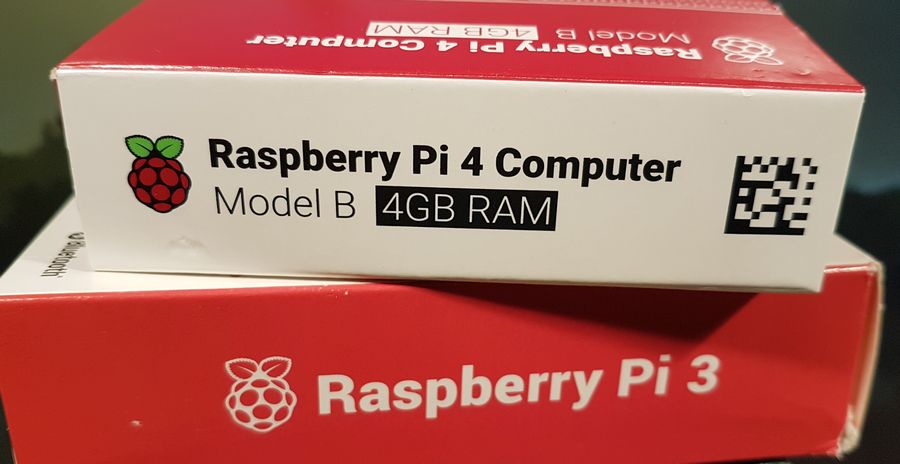 To benchmark the CPU, I used Sysbench, a cross-platform and multi-threaded benchmark tool. The installation of Sysbench on Raspbian is easy:

The output of sysbench on the Raspberry Pi 4:

Update (2019.10.01)
The new RPi 4 is slightly faster than ASUS’ TinkerBoard. Looks like the TinkerBoard was the target of the RPi 4!

The GL_RENDERER string for the VideoCore 6 (RPi 4) is:

The GL_RENDERER string for the VideoCore 4 (RPi 3) is:

This first test is simple: I launched GeeXLab (default resolution: 800×400) and wrote down the framerate. 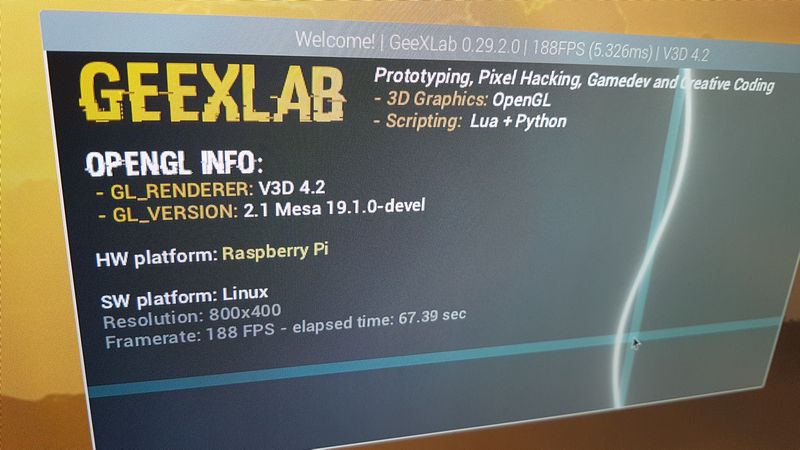 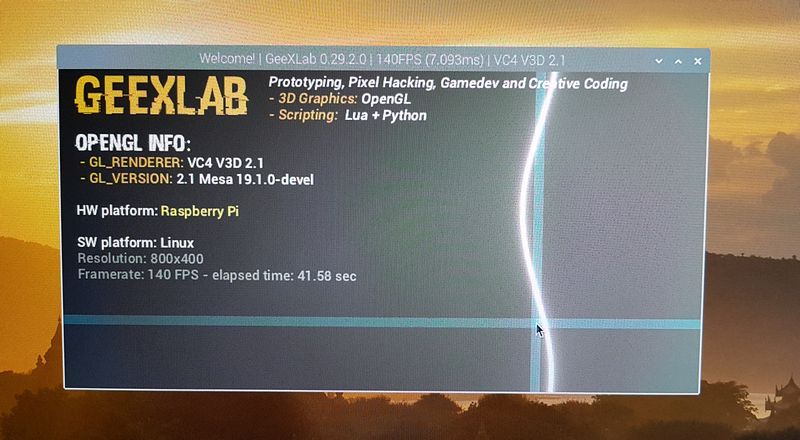 This second test is focused on the GPU power and what’s better than a shadertoy test to evaluate the raw power of a GPU.

Shadertoy tests are available with GeeXLab in the demopack02/shadertoy/ folder. Launch GeeXLab and drag and drop one of the XML files. 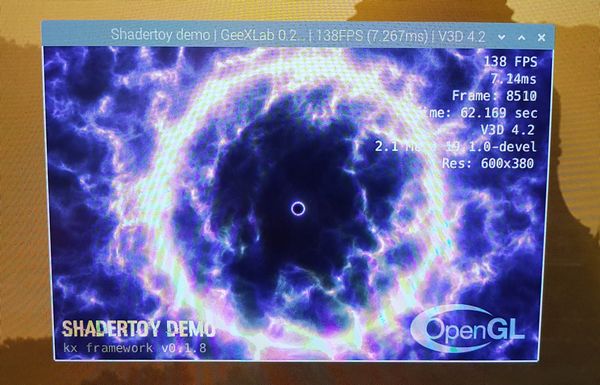 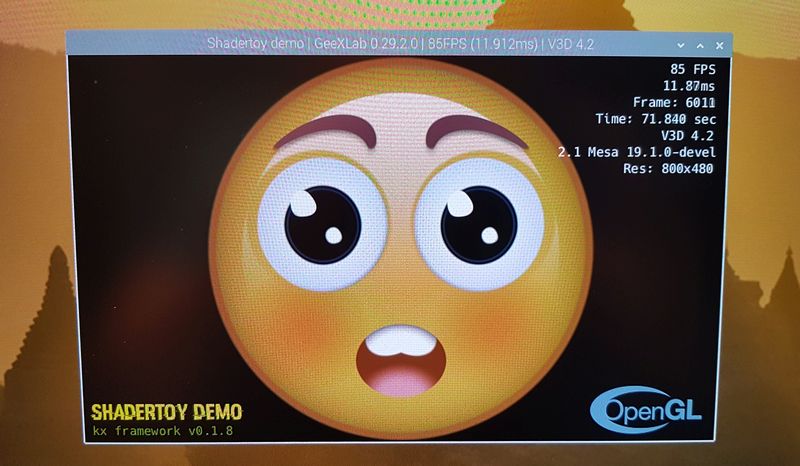 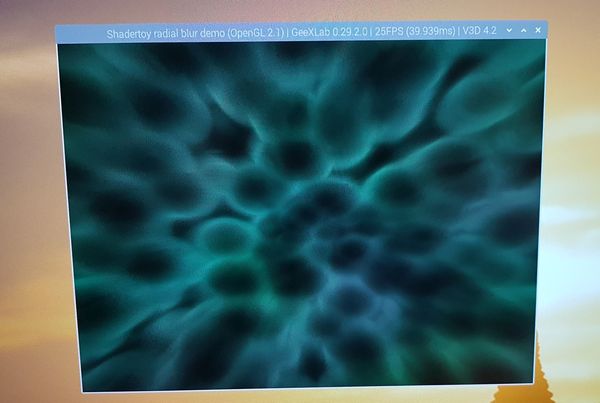 This test is very heavy and the Raspberry Pi 3 has some difficulties to handle it properly (the desktop becomes unusable). But the Raspberry Pi 4 handles it without problems. The VideoCore 6 is a nice GPU. I hope we’ll see in, a near future, the support of OpenGL 3.2, or even OpenGL 4.2 added to Raspbian. And why not Vulkan? Because I quickly saw some Vulkan .so files in the latest version of Raspbian Buster…