The Raspberry Pi 4 is connected to a 4K monitor. Here are some temperature values: 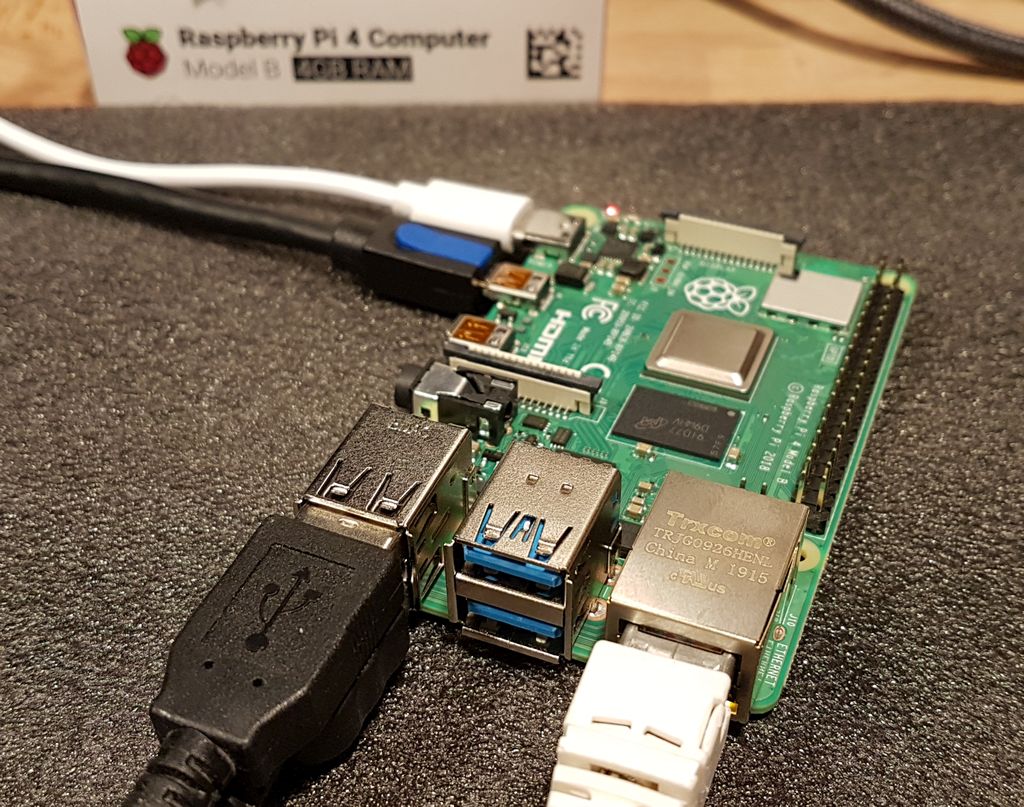 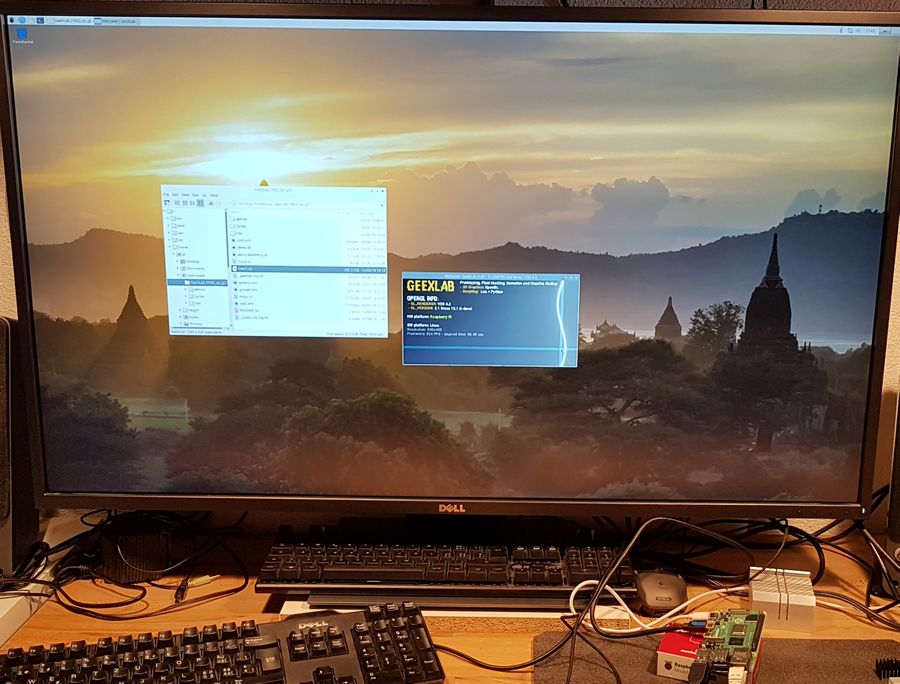 Ok, nearly 70°C with an app that takes only 16% of the CPU utilization, I feel we’re about to reach the limits without cooling…

Next test was sysbench (a multicore CPU benchmark) but I quickly stopped it because the temperature reached 80°C in few minutes and even if clock speed throttling protects the processor from overheating, I prefer lower temperatures…

Then I decided to put a small 20x20mm heatsink on the RPi 4 processor: 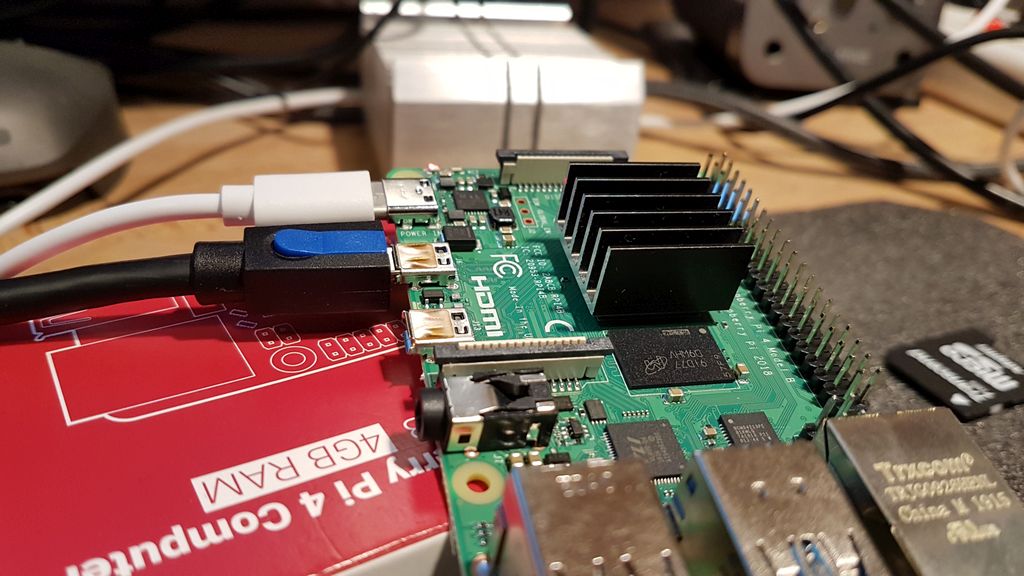 And here are the results:

Only 2°C. Passive cooling is not enough (maybe the thermal pad does not properly conduct the heat…). It’s time for active cooling. But with what kind of fan?

The solution came from Intel CPU coolers. I have a ton of that kind of cooler: 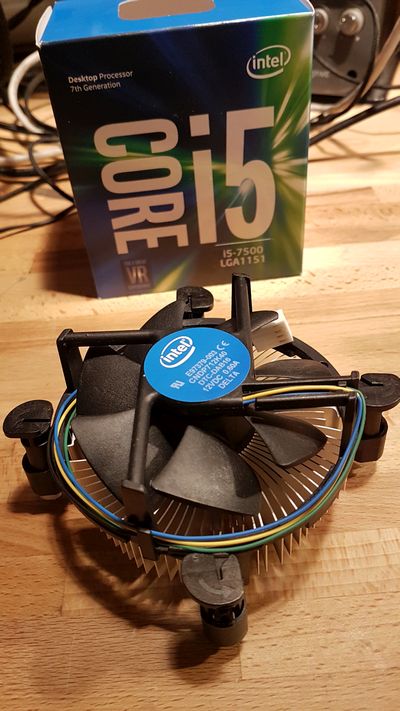 The heatsink can be easily removed: 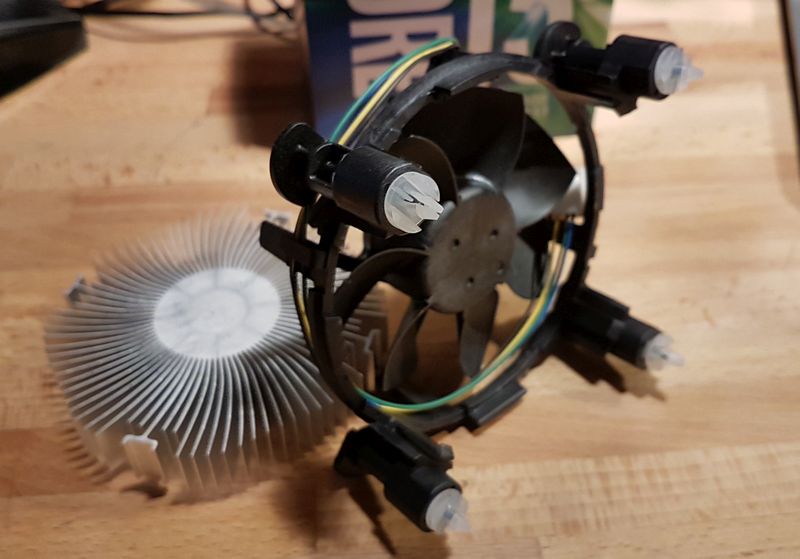 The nice thing with Intel CPU cooler is that it’s able to fully cover the Raspberry Pi board.

I took an old (and unused) PSU and connected the fan cables to the PSU via a molex connector.

If you need it, here is the electrical schema of the fan connector: 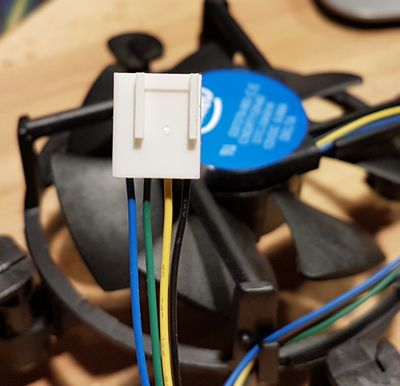 and here is the molex connector of any PSU:

The fan is directly connected to the +12V of the molex connector: 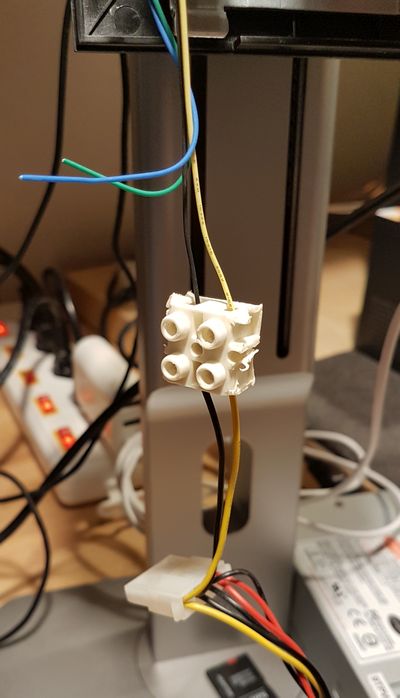 It’s a rough connection but it works fine: the fan spins at full speed but it’s not a problem because it’s not too noisy. 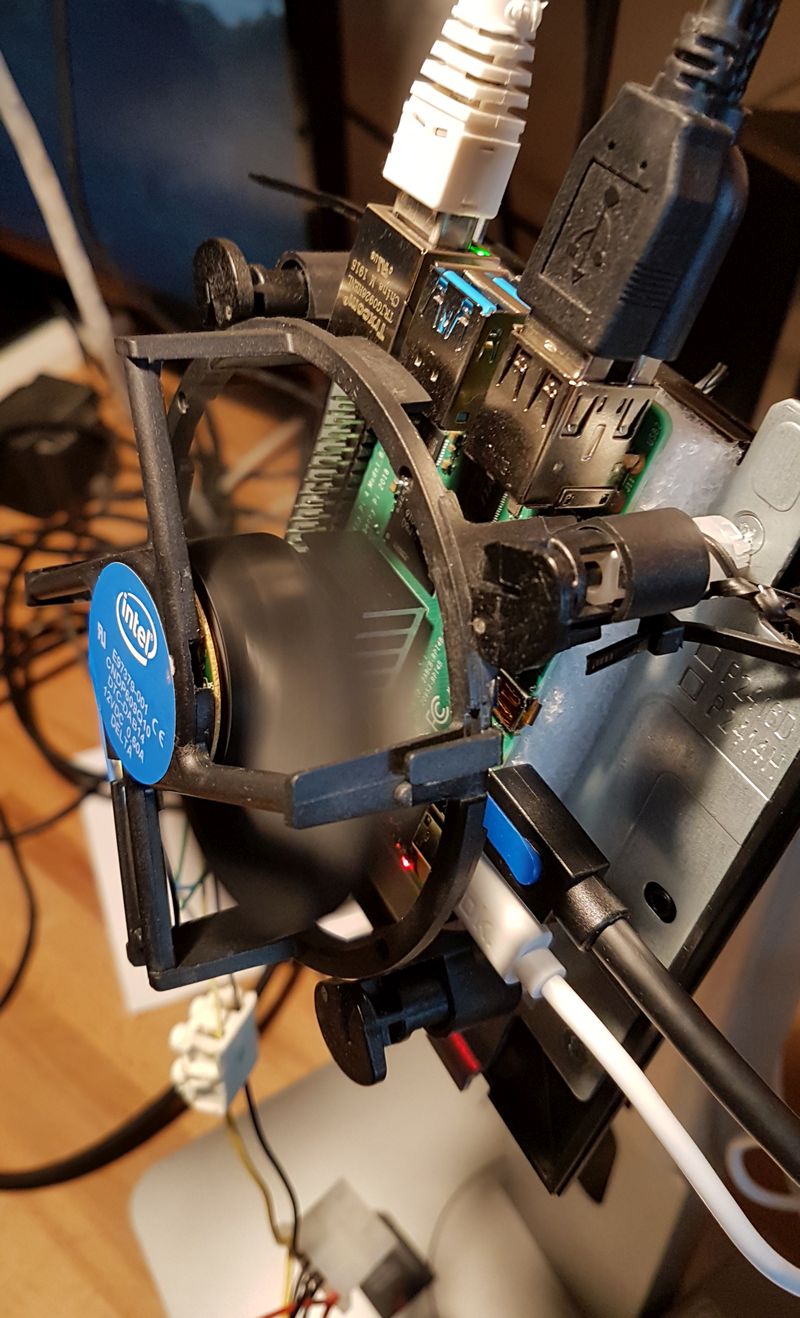 Ok that’s nice, but what are the temperatures now?

And the last test with sysbench: 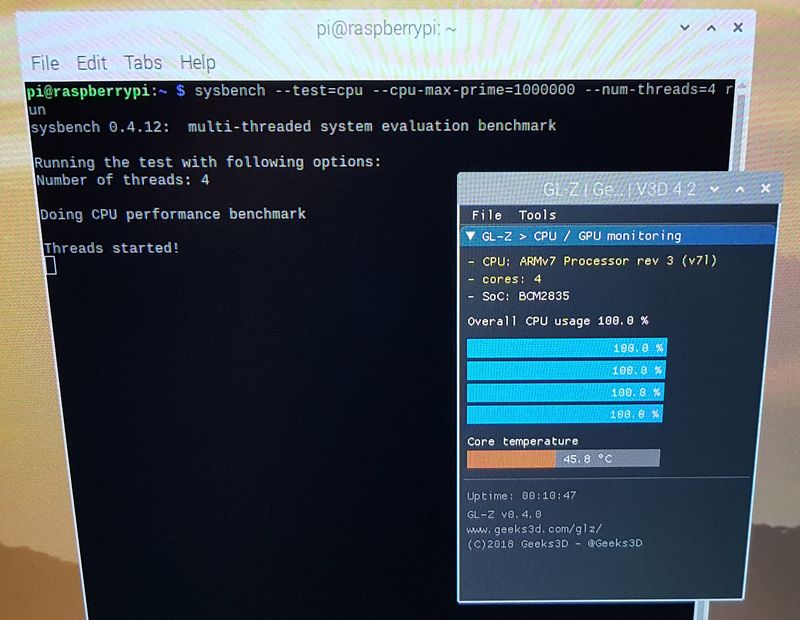 Conclusion: the Raspberry Pi 4 is a nice board and is faster than the previous RPi 3. I appreciate the support of HDMI 2.0 that allows to connect my 43-inch 4k @ 60 Hz monitor. But to enjoy the power of the RPi 4, you have to cool it, and an active cooling system is recommended.

Intel CPU coolers are an easy to use solution to chill a Raspberry Pi 4. The design of this cooling system is far from perfect 😉 but it does the job, and for my needs (developing and compiling GeeXLab) on the RPi, it’s perfect.