MSI Kombustor is back, after nearly one year without update. This new version brings several new stress tests and benchmarks, adds the support of recent NVIDIA and AMD GPUs, fixes bugs in the Vulkan renderer and in other parts of the underlying 3D framework (GeeXLab engine) and allows to submit scores to an online database.

This new version of Kombustor adds two new graphics benchmarks. The first one (MSI-01) is focused on graphics rendering and uses lot of textures (2k and 4k) and graphics effects such as tessellation, DoF (depth of field) or PBR (physically based rendering). On a GeForce RTX 2070, the average framerate is around 50 FPS. 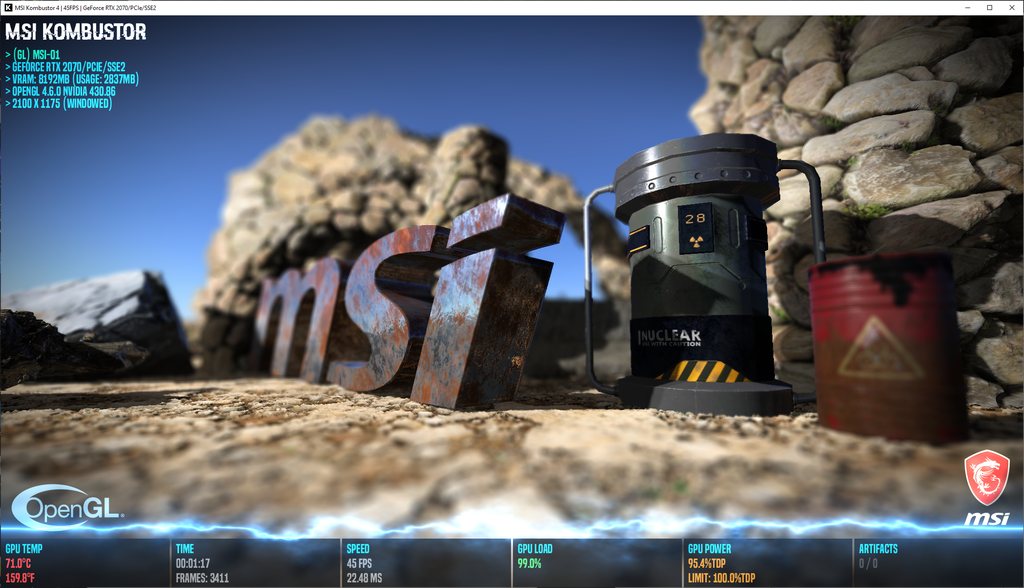 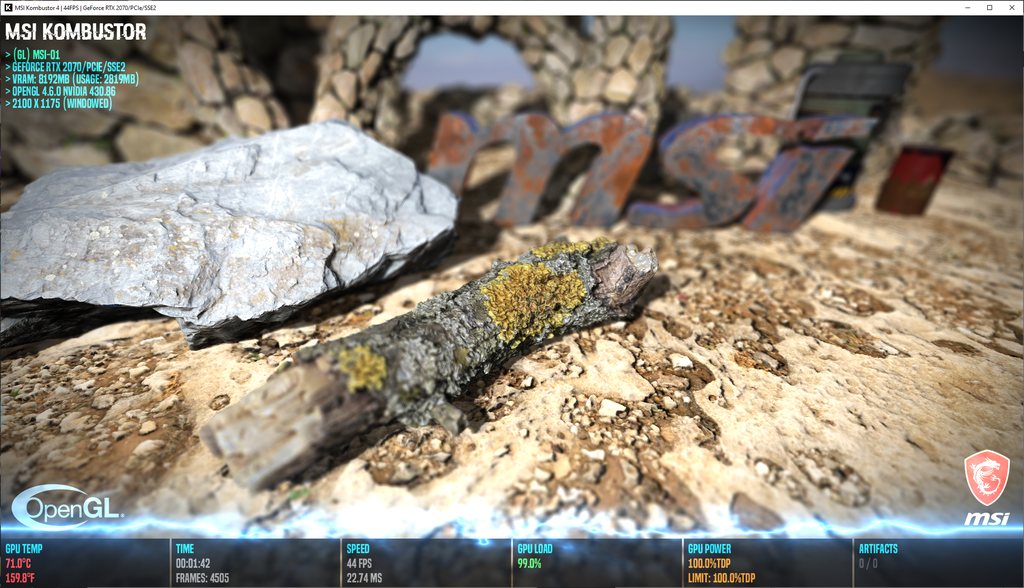 The second new benchmark is based on NVIDIA PhysX 4 and is an endless fall of rigid bodies on a poor MSI 3D model. Recent versions of PhysX have finally added the support of GPU Rigid Body (finally? yes because I remember the good old times where Ageia’s PhysX P1 accelerator was able to hardware accelerate rigid body simulations, more than 10 years ago!). But GRB is there and it’s the important thing. 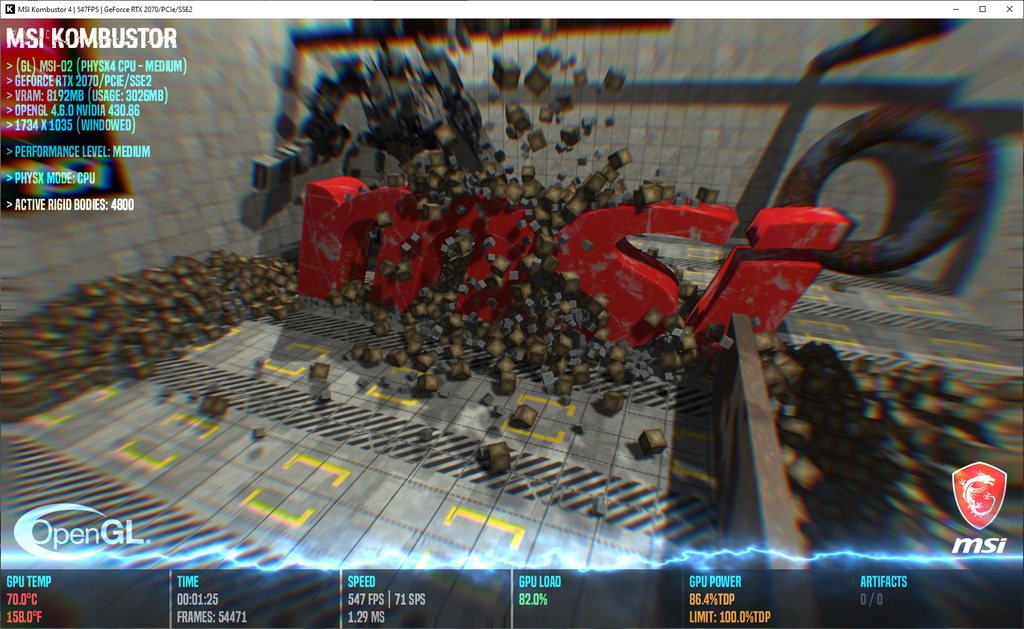 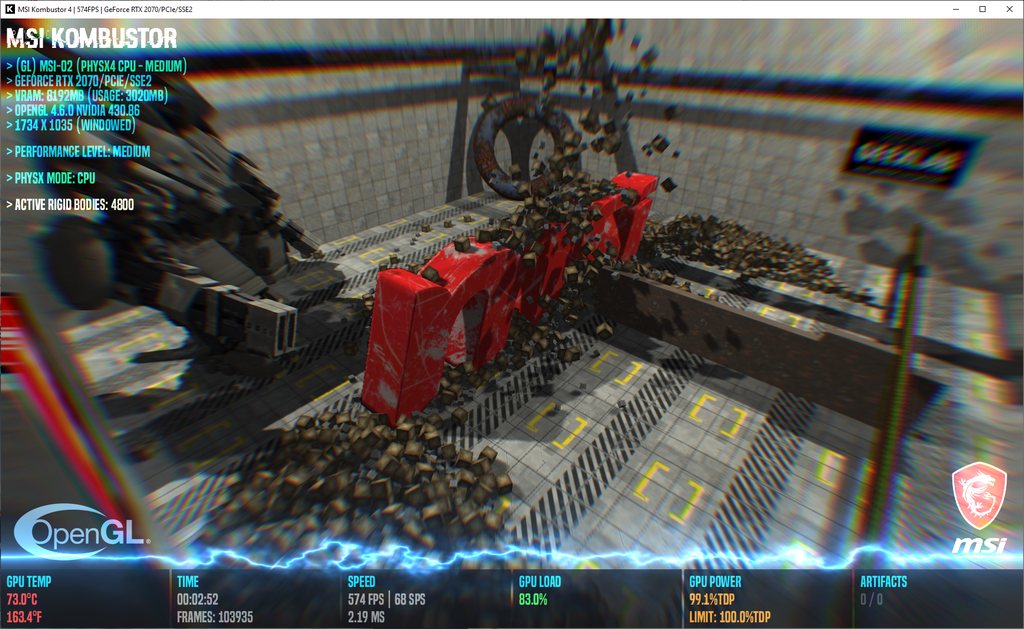 The PhysX 4 test is available in CPU and in GPU. The CPU version is interesting because it can run on any GPU (NVIDIA, AMD, Intel) and is a nice CPU test because the simulation is multi-threaded. 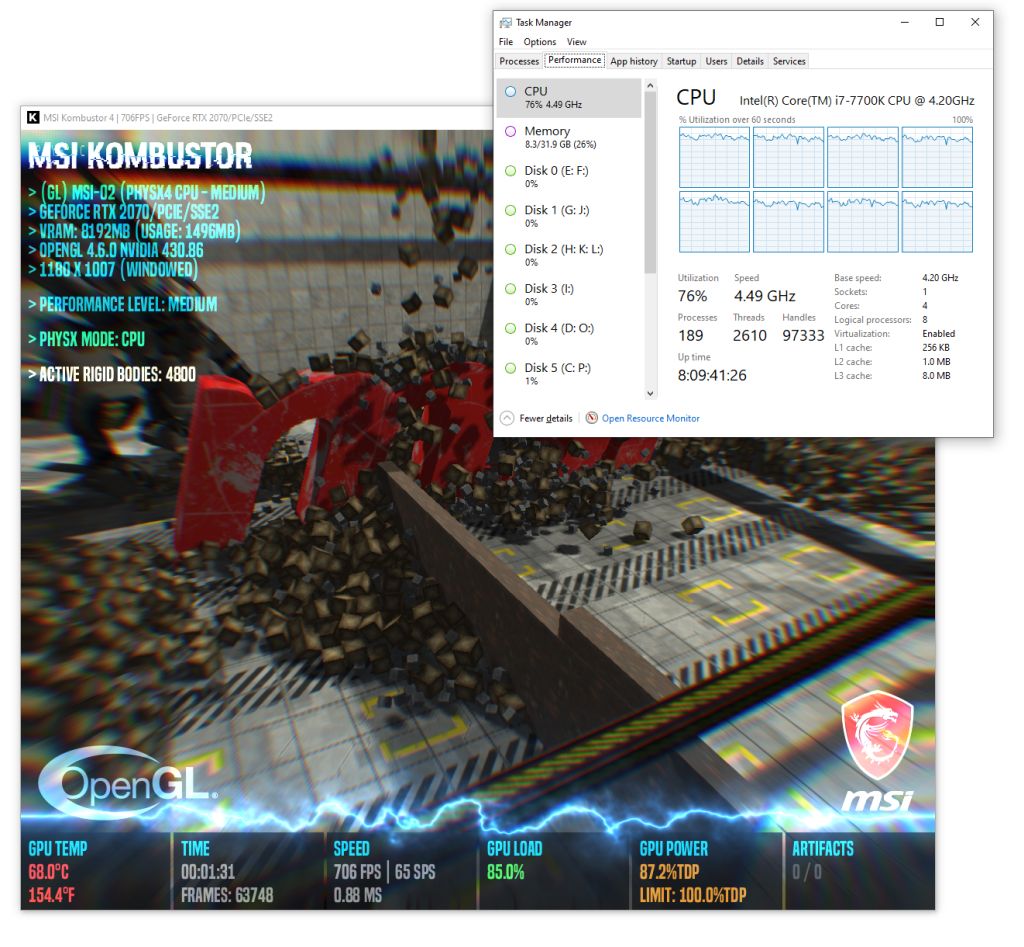 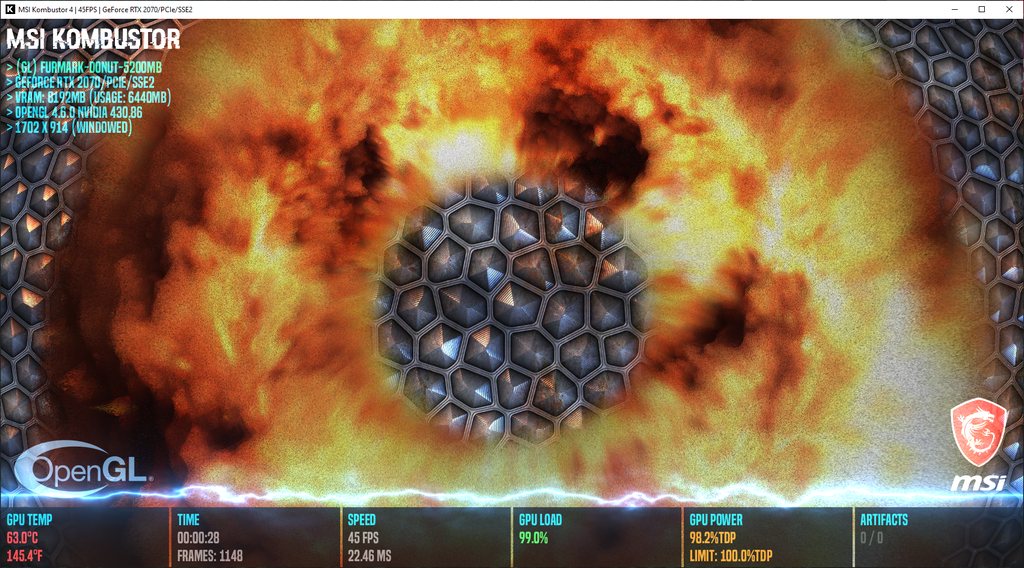 Regular tests like FurMark or TessMark are still there: 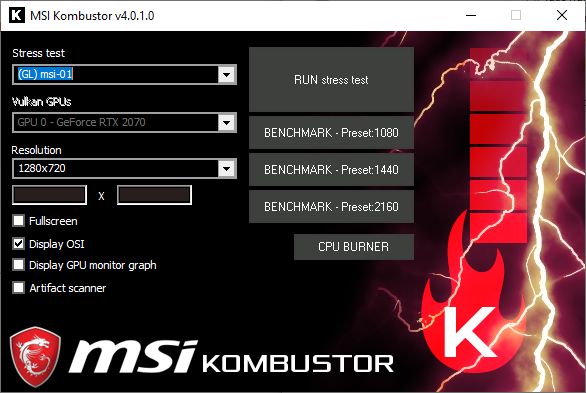 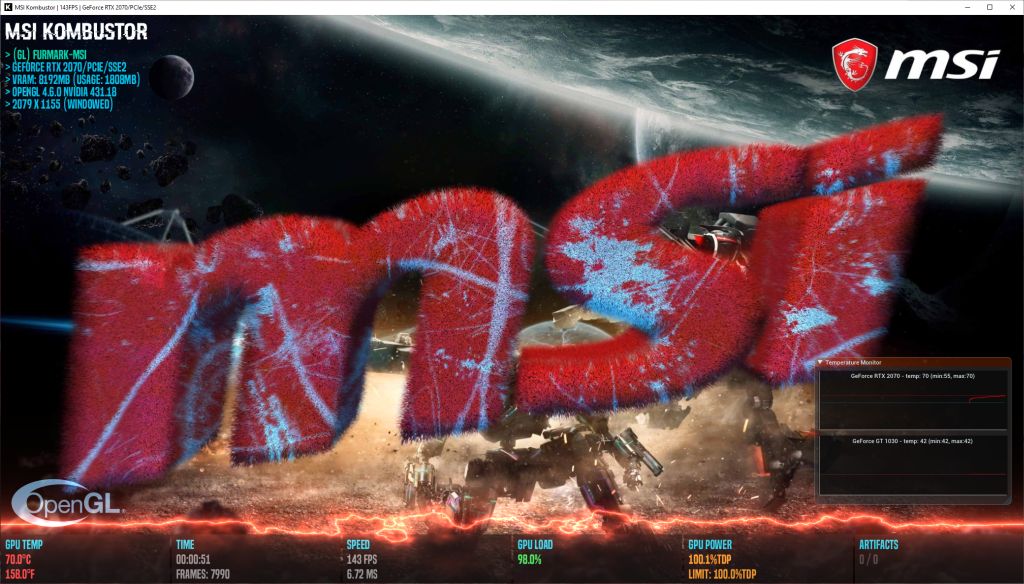 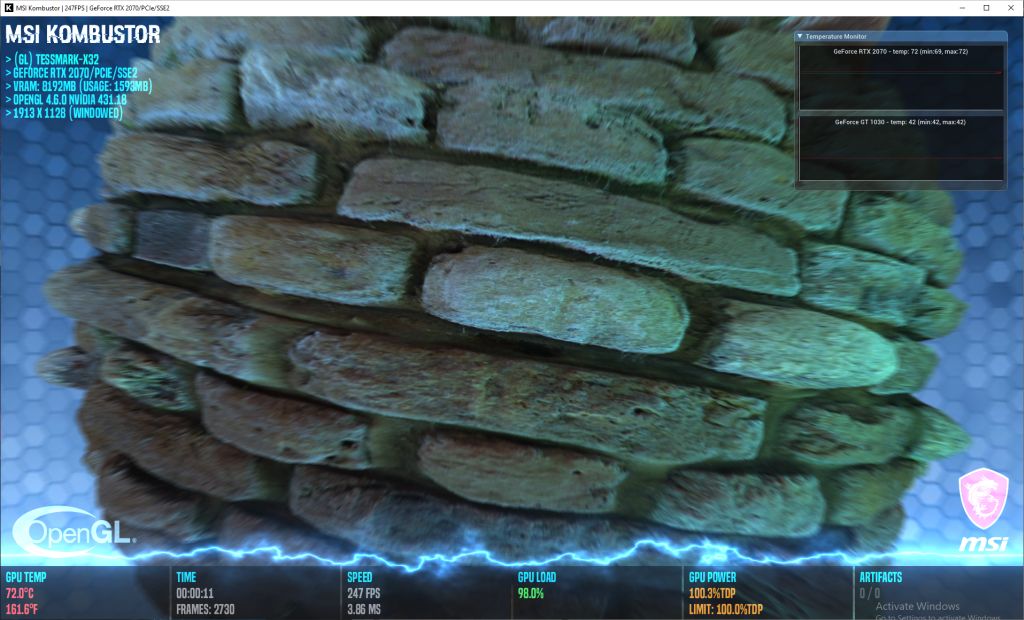