3DMark Port Royal is the world’s first dedicated real-time ray tracing benchmark for gamers. I tested Port Royal (January 2019) with a RTX 2080 and a RTX 2070. Compared to GeForce GTX, GeForce RTX GPUs embark some RT cores, which are dedicated hardware to accelerate ray tracing operations. GeForce GTX, in the other hand, do not have such specific hardware and must use general-purpose shader cores to perform ray tracing operations.

Let’s see how a GeForce GTX 1080 handles the Port Royal benchmark. I also re-tested the RTX 2080 (DLSS not enabled).

Ouch! In regular graphics benchmarks, the RTX 2080 is more or less 30% faster than a GTX 1080. But here, the difference is abyssal. According to this test, real time raytracing on GTX series is rather… pointless! 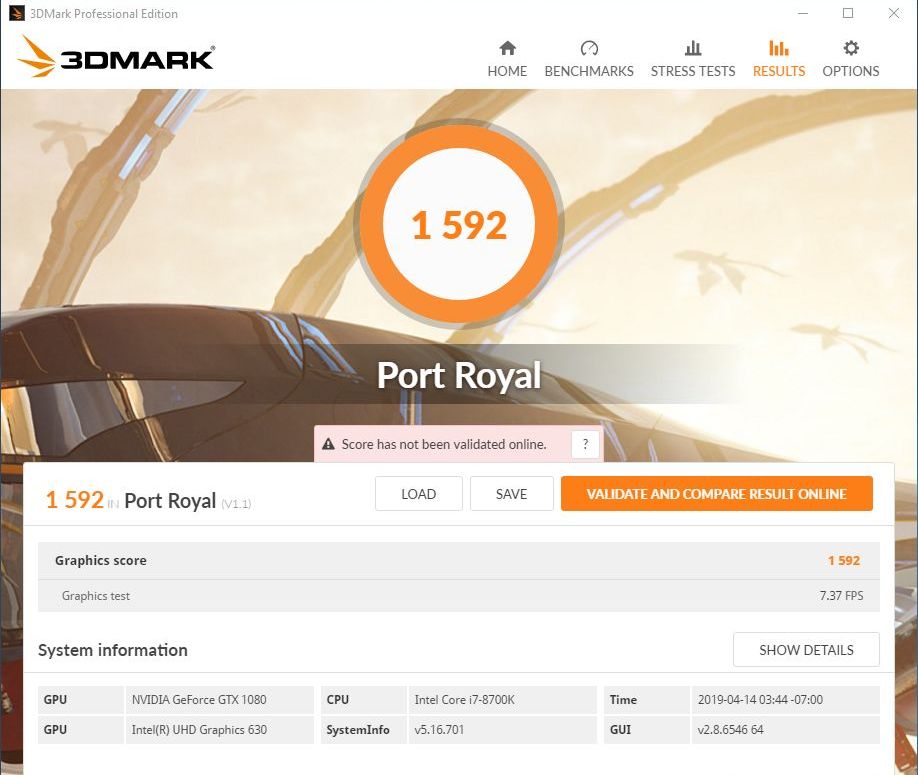