Like previous years, AMD has released the big update of its graphics drivers. This year (or rather for 2019), no new codename, the Adrenalin name seems ok for the marketing team.

AMD is excited to release the 5th Generation of our Software: AMD Radeon™ Software Adrenalin 2019 Edition. Radeon™ Software Adrenalin 2019 continues to be focused on developing the best tools and experiences for gamer’s, developers and professionals making it the ultimate tool to explore the full power of your AMD Radeon™ GPU – unlocking new levels of adjustment & tunability, unleashing powerful performance, and providing leading-edge stability.

This new version of Adrenalin 2019 Edition comes with a stack of new features:

Radeon ReLive Game Streaming
– Bringing Radeon gaming quality to your mobile devices allowing up to 4K 60fps low latency gaming with hardware acceleration. Seamlessly transition from your PC to your phone or tablet. Free on both Android and iOS via the AMD Link app. 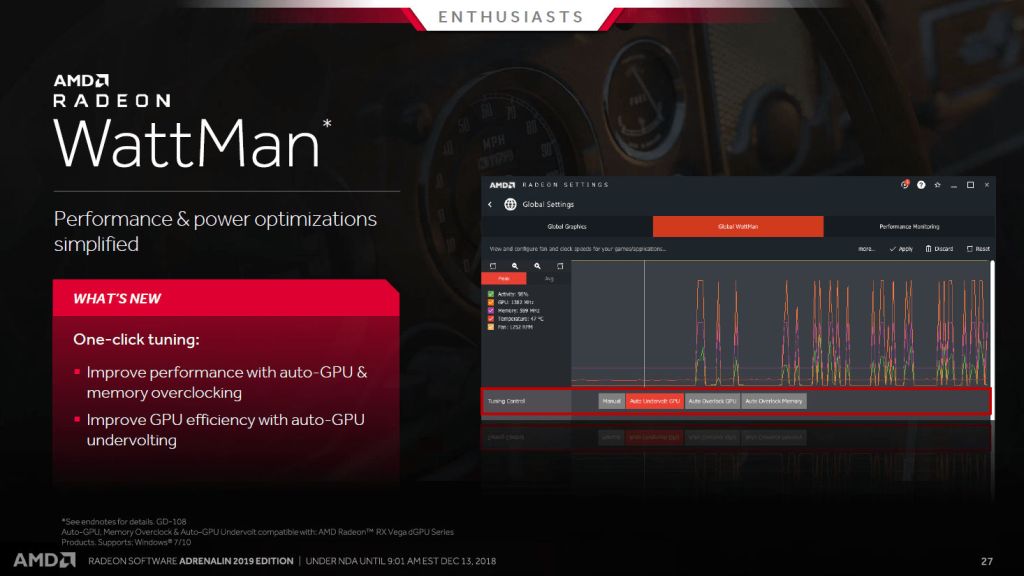 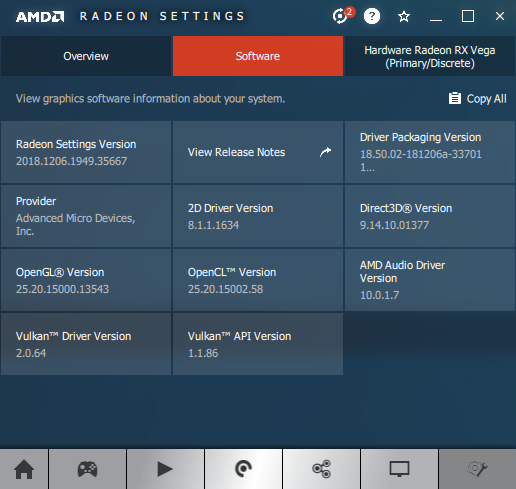 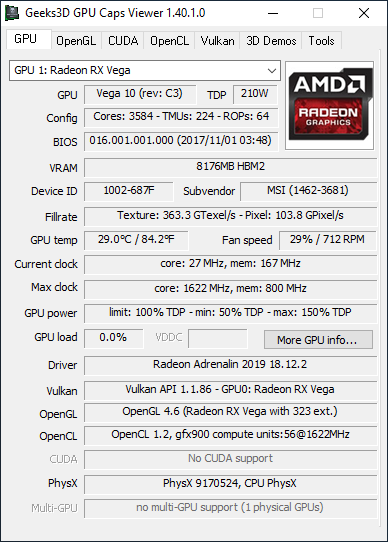 All OpenGL extensions are available HERE.

This new version of Adrenalin brings the support of Vulkan 1.1.86 (full report is available HERE). Compared to previous 18.12.1, the following device extensions have been added:

– VK_KHR_swapchain_mutable_format (version: 1)
This extension enables processing of swapchain images as different formats to that used by the window system, which is particularly useful for switching between sRGB and
linear RGB formats.

– VK_EXT_scalar_block_layout (version: 1)
This extension enables C-like structure layout for uniform and storage buffers, allowing non-scalar types to be aligned solely based on the size of their components.

The following device extension has been removed:
– VK_KHX_device_group