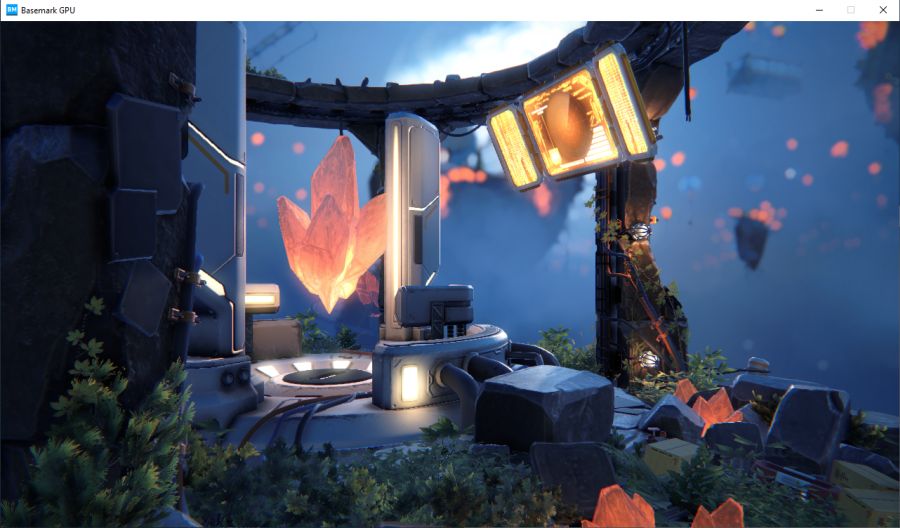 Few months ago, Basemark launched the version 1.0 of their ultimate graphics benchmarking tool. Yestderday, the version 1.1.0 has been released with Direct3D 12 support:

Today Basemark releases version 1.1 of its multi-platform graphics hardware evaluation tool Basemark® GPU. Basemark GPU has been made available for free to download and use for personal users. Additionally, Basemark has provided professional versions for Benchmark Development Program members, corporate and commercial users.

You can download the 3GB benchmark from THIS PAGE (direct link).

I tested this new version on my new test bench based on an Intel Core i7-8700K. This time, I managed to run the benchmark on Radeon GPUs but I had some failures on NVIDIA GTX 1080 (the benchmark started up correctly but didn’t finish the tests for an unknown reason, and this for all 3D APIs).

Here are the results.

Not easy to interpret these results. On GeForce, the scores are more or less similar no matter the 3D API. On Radeon GPUs, there is a clear difference between OpenGL and other APIs. But in OpenGL the RX Vega 56 has the same perfs than the RX 470, like if something has capped the performances. And the permanent crash of the GTX 1080 is really weird…

One thought on “(Tested) Basemark GPU 1.1.0 released with OpenGL, Vulkan and Direct3D 12 Tests”