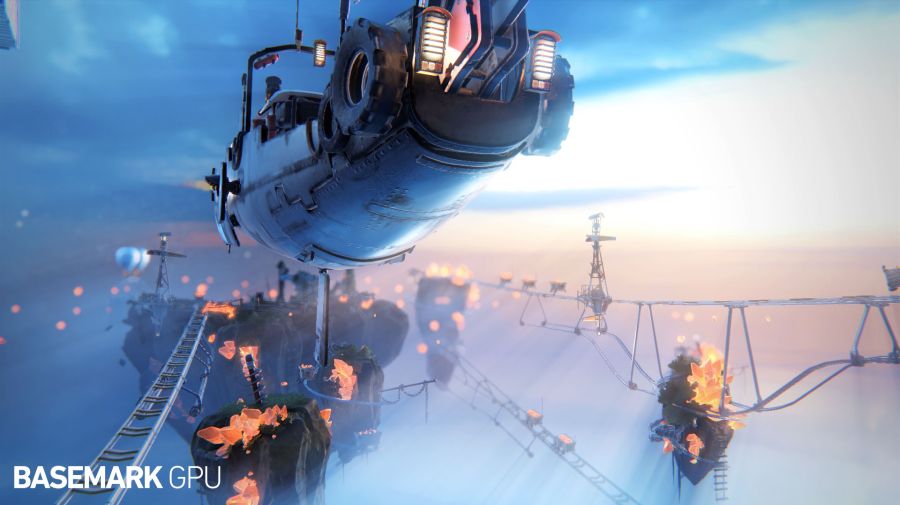 We have poured all of our soul and expertise in making this product. The work started two and half years ago and this massive project has culminated in today’s launch of a true state-of-the-art product,” said Arto Ruotsalainen, CEO of Basemark. “We believe Basemark GPU will become an essential tool for anyone tasked to evaluate graphics performance in systems ranging from smart phones, smart TVs and cars to PCs.”

Basemark GPU supports multiple operating systems with Android, Windows and Linux support released today. Support for additional graphics APIs such as Metal and DirectX 12 and operating systems such as Apple iOS will be added in the coming months. The product uses Rocksolid Engine by Basemark, which enables the tester to execute identical workloads across many different devices and technologies, thus enabling advanced GPU profiling from many angles.

Basemark GPU is developed in close cooperation with key player semiconductor companies, such as Imagination Technologies, Intel, NVIDIA, Qualcomm and Renesas within Basemark’s benchmark development program. This close cooperation with the leading GPU and CPU companies of the world ensures that the benchmark will be extremely reliable and also represent the utmost in objectivity.

When I see a new graphics benchmark, I have to test it! So I quickly (..zzz..) downloaded the 2GB executable from THIS PAGE (direct link).

Once installed, I started Basemark GPU. The first panel is the Official Test with OpenGL or Vulkan graphics API: 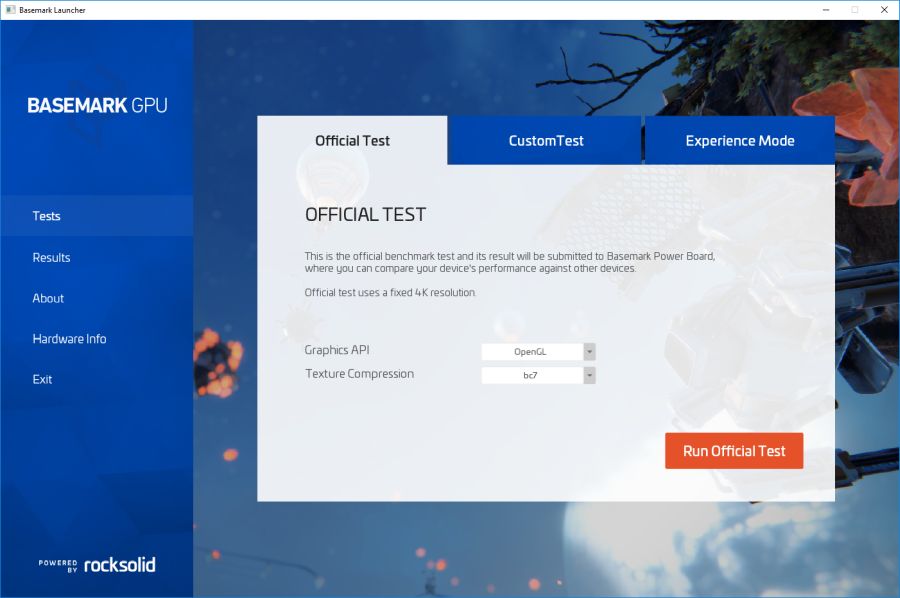 I started the official OpenGL test: 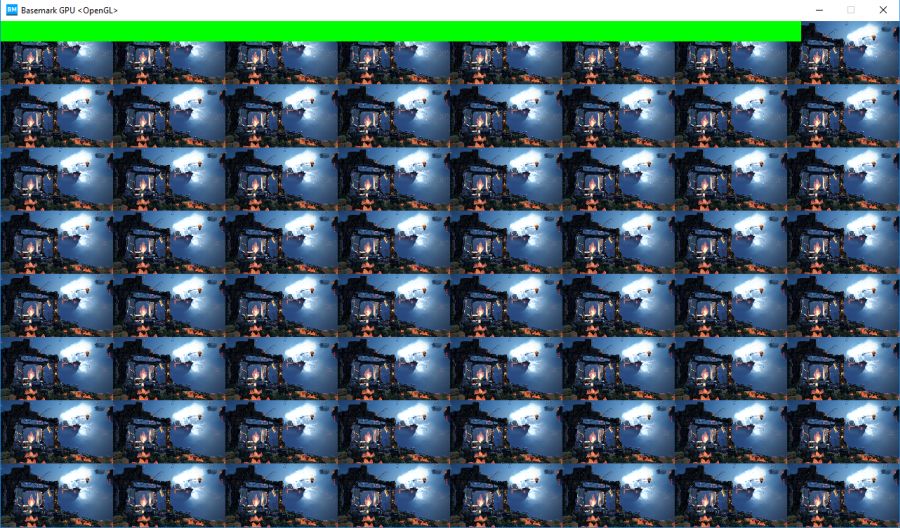 After few minutes of this tiled rendering, I got: 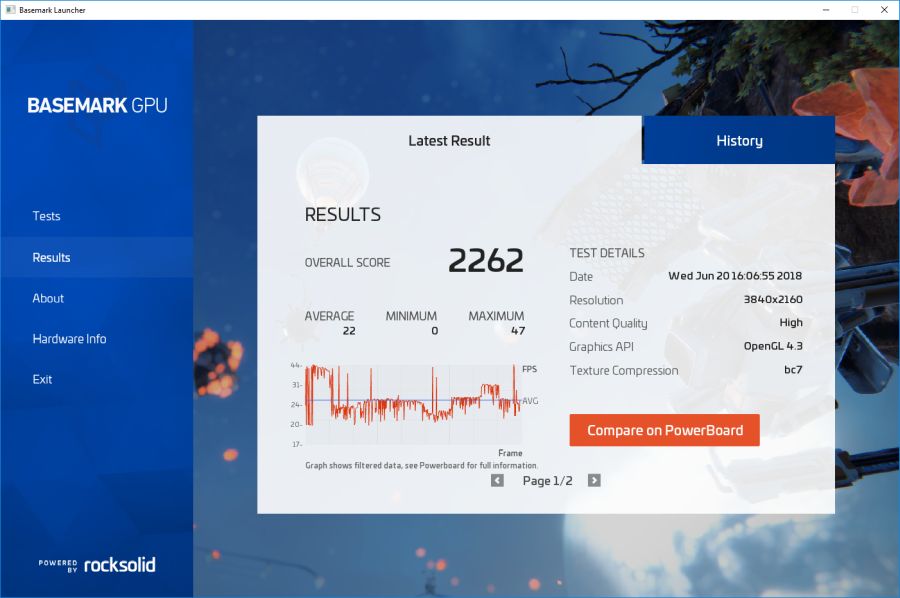 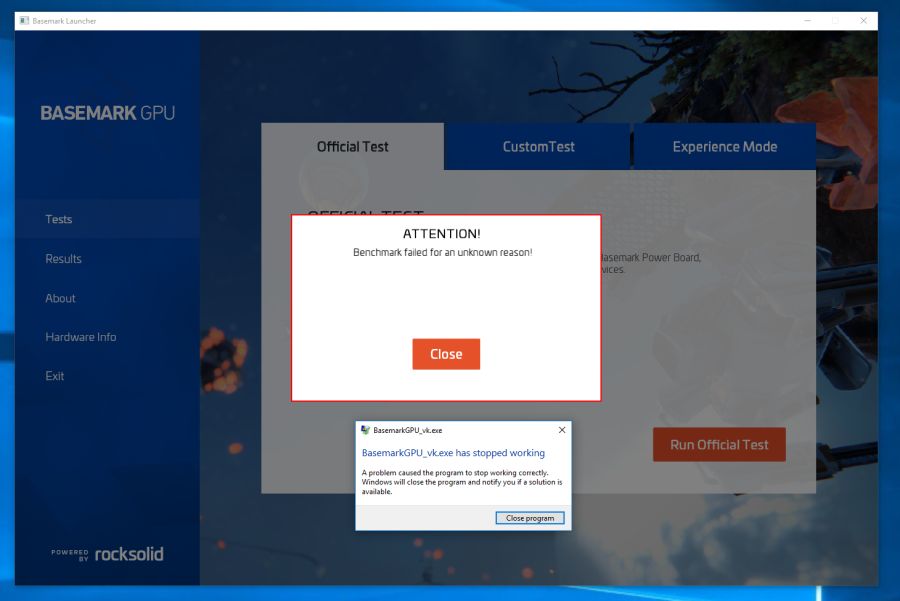 I forgot to say that I tested Basemark GPU with a MSI Radeon RX Vega 56 with the latest Adrenalin 18.6.1. 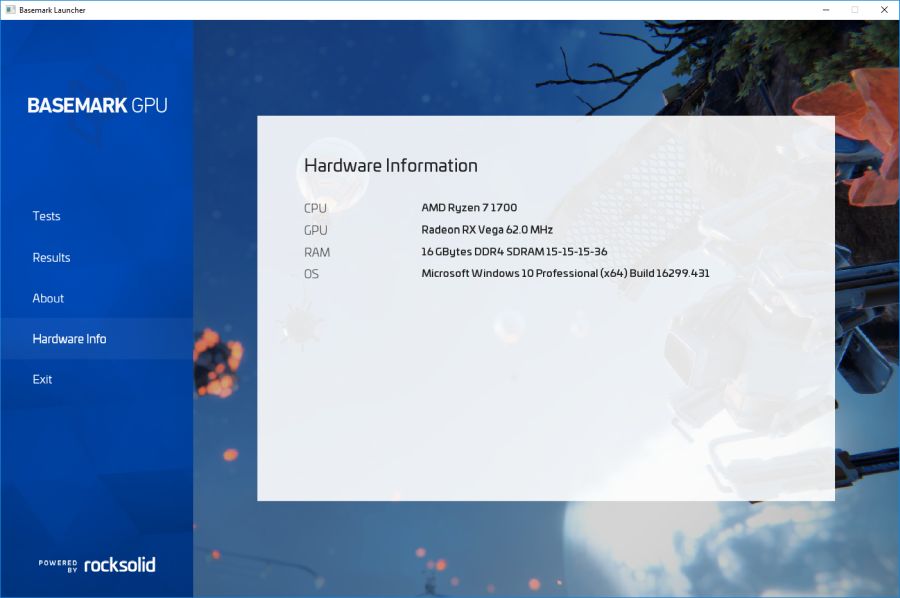 I think I will wait for the next update of Basemark GPU before going further in the tests (with other Radeon and GeForce cards).

I tested the latest version 1.0.2 of Basemark GPU with a GeForce GTX 1070 + GeForce 398.11 driver. Both Vulkan and OpenGL tests have worked fine. 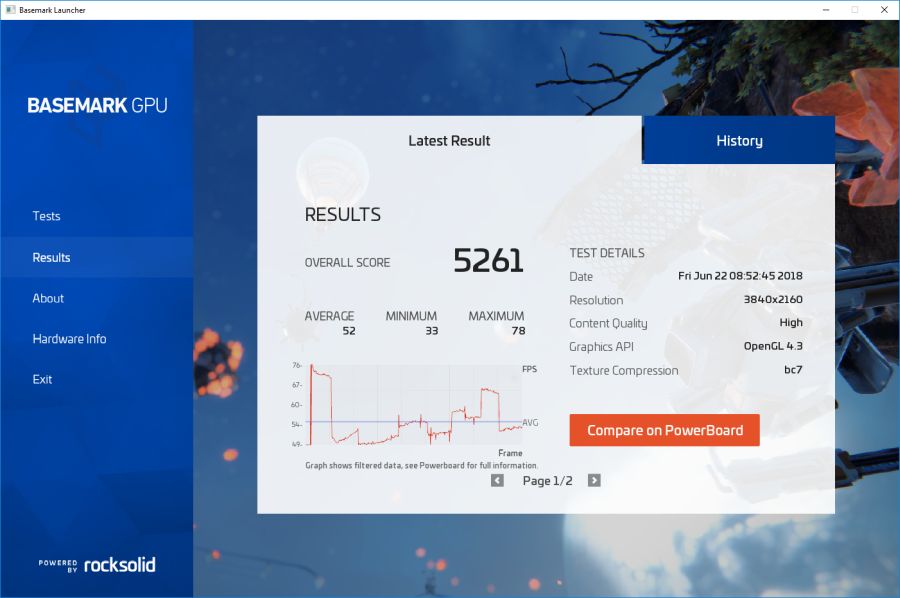 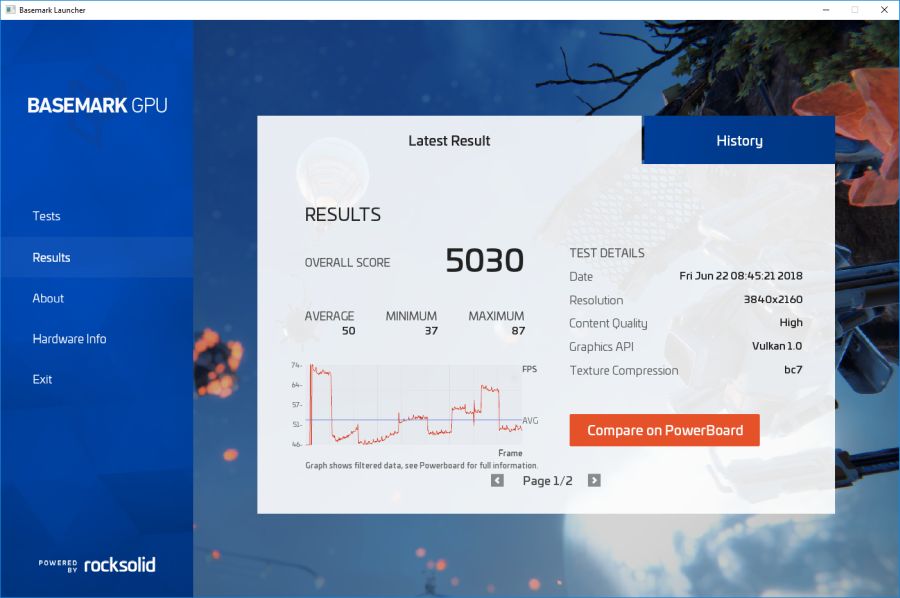