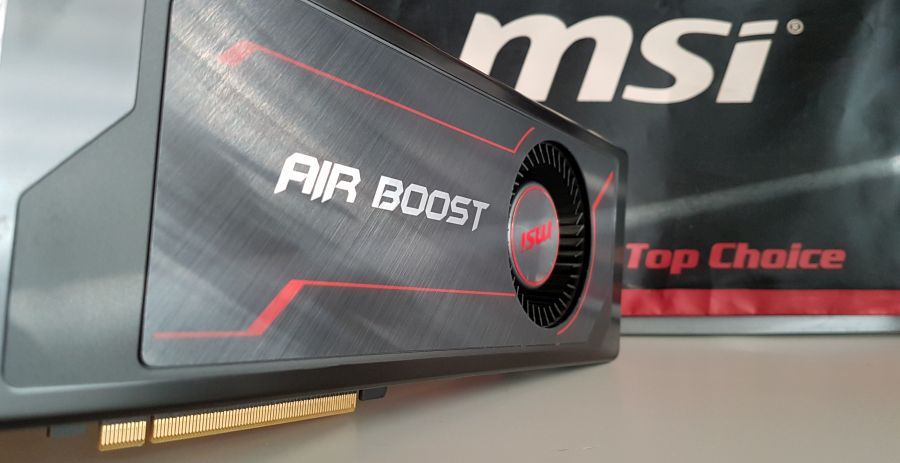 The RX Vega 56 AIR BOOST has a blower-based VGA cooler: The blower takes the cold air, pushes it through the card and hot air is ejected via big holes (this is the particularity of the Air Boost model) at the rear. That’s a blower cooler!

The homepage of MSI Radeon RX Vega 56 AIR BOOST can be found HERE.

All photos have been taken with a Samsung Galaxy S7 mobile phone. I received the card without box so no pictures of the bundle. 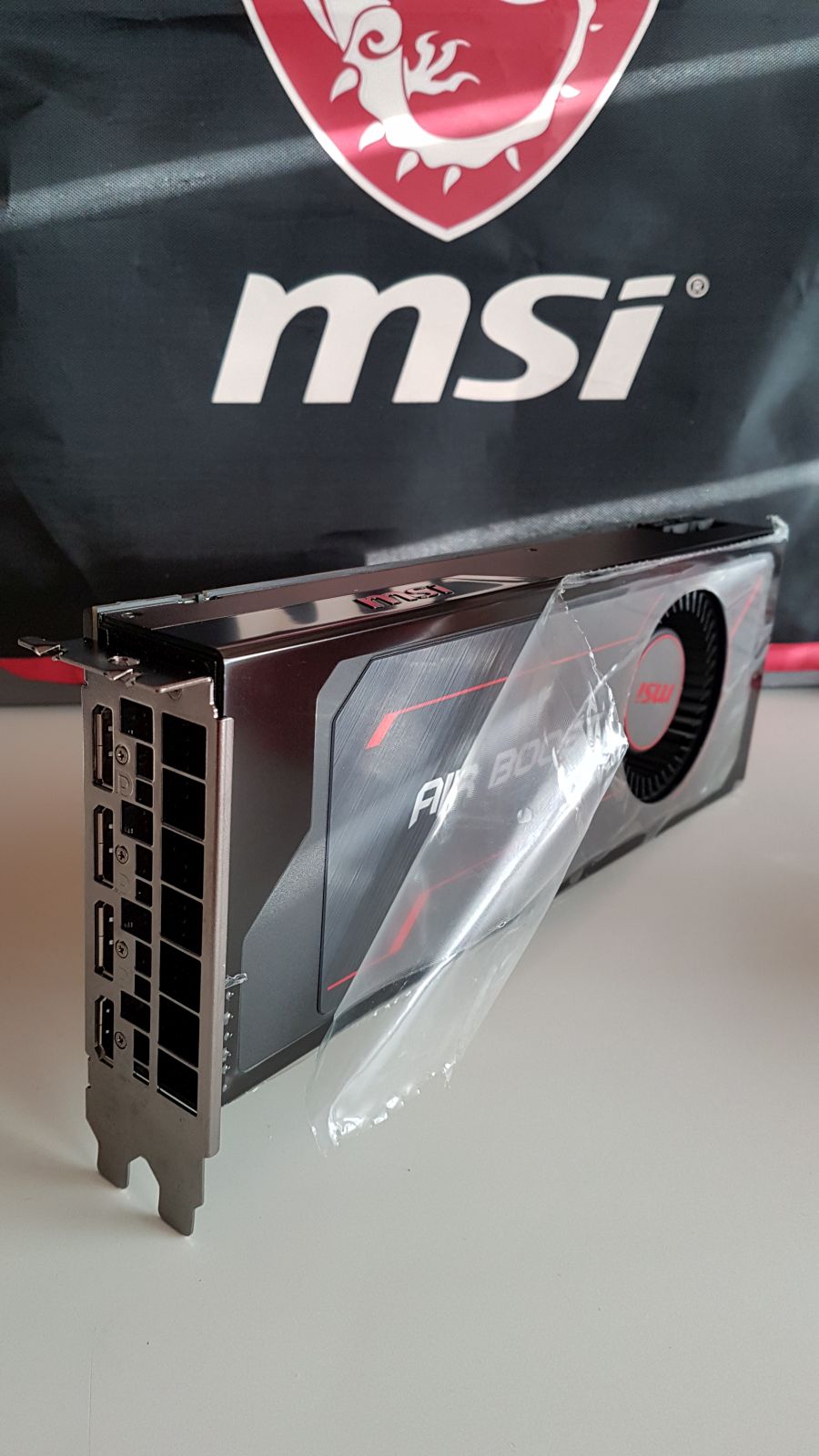 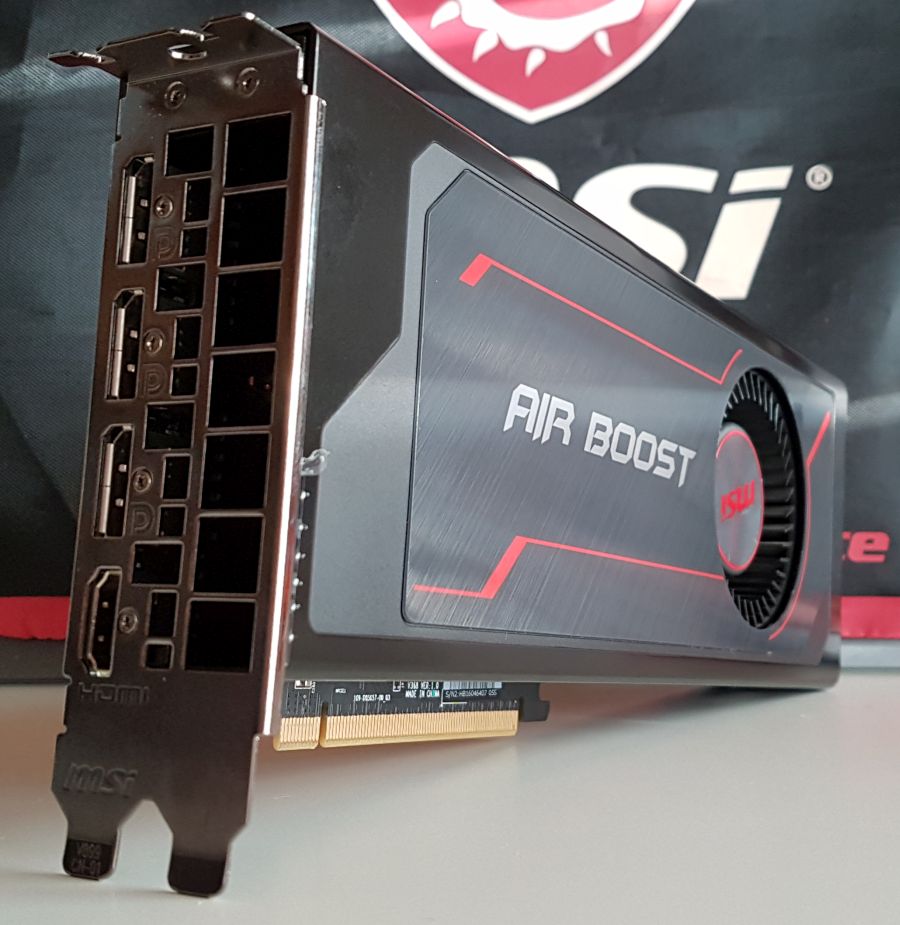 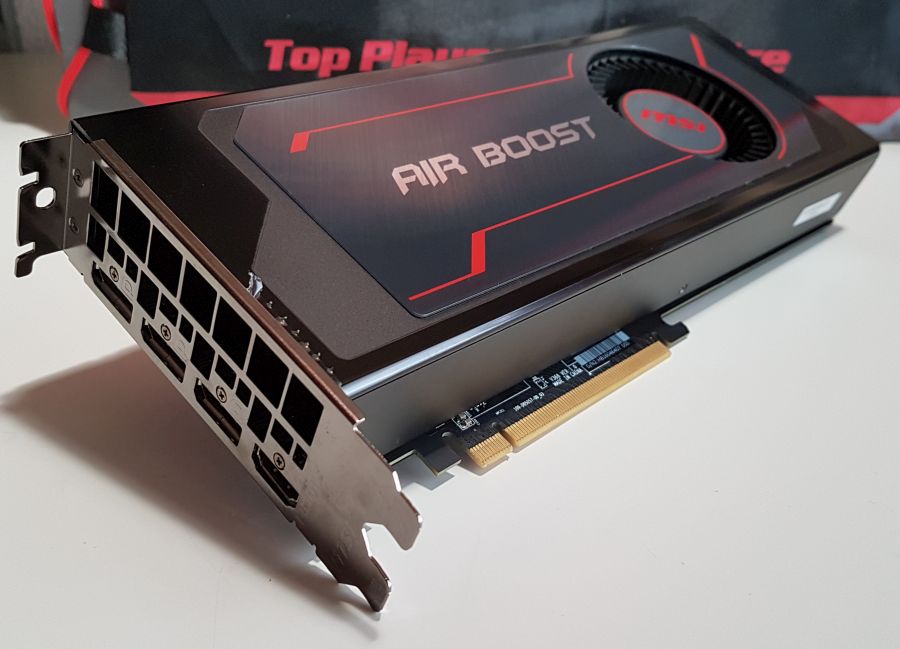 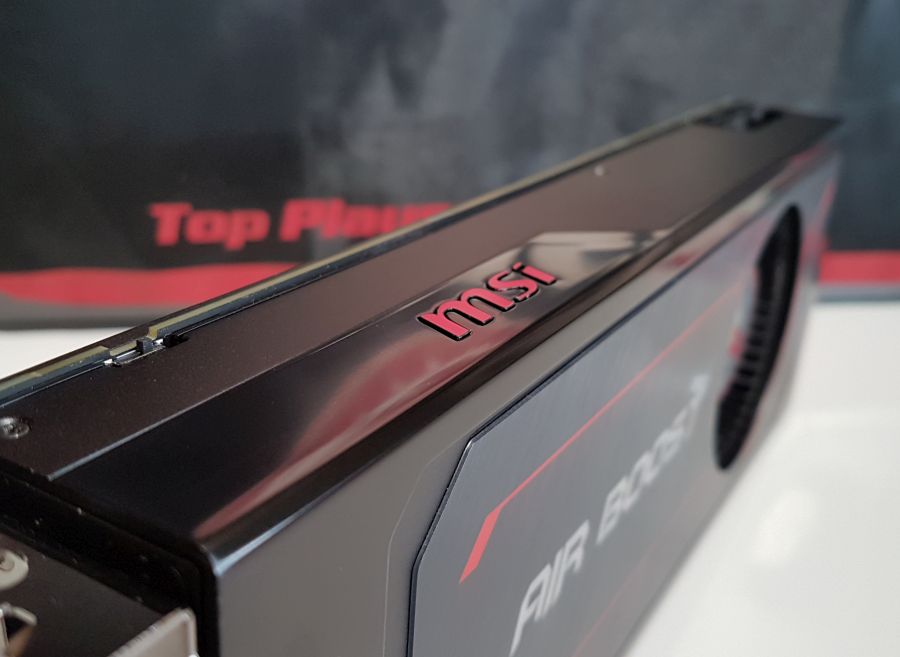 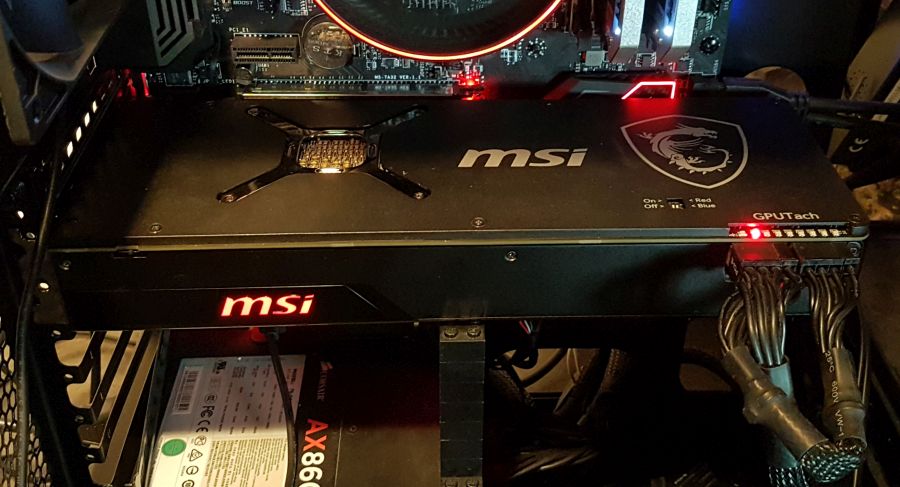 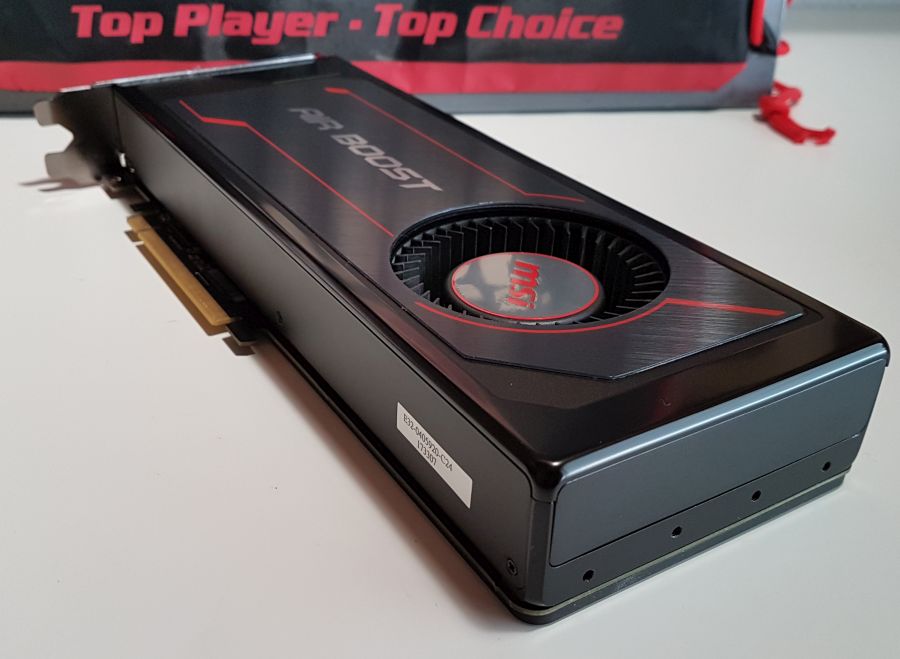 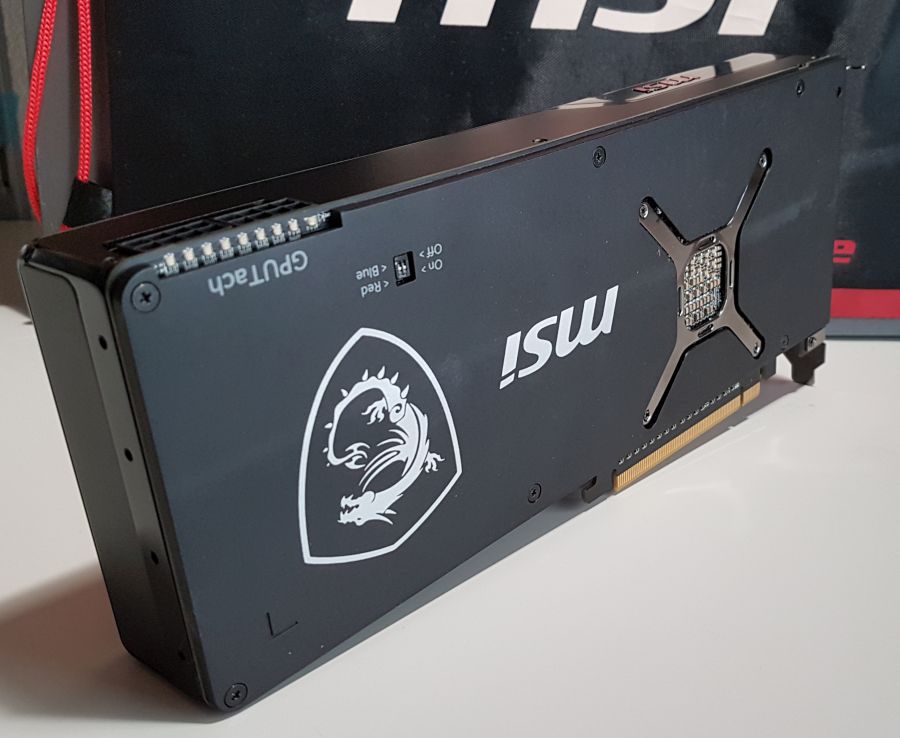 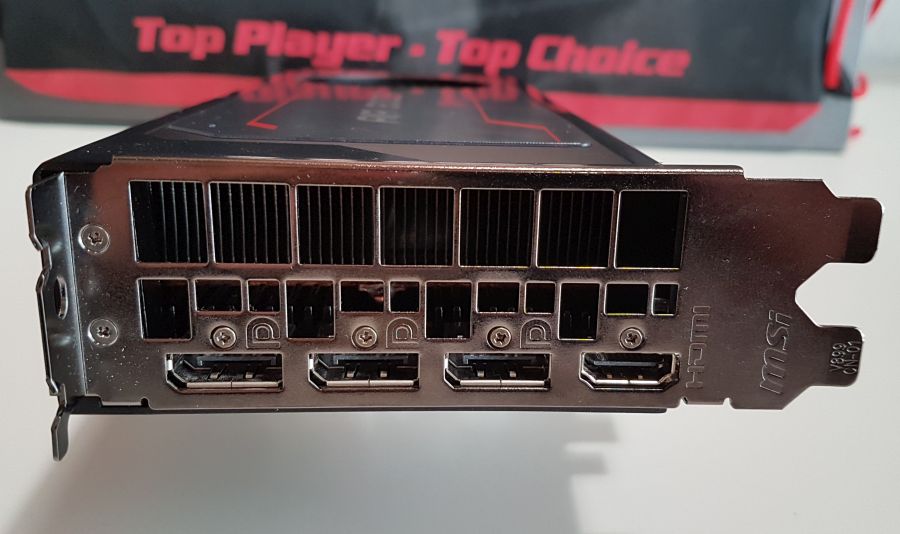 The RX Vega based graphics cards are available with a GPU tachometer (GPUTach): it’s a strip of 8 LEDs that shows the GPU usage. Two colors are available: blue and red. The GPUTach can be disabled as well. 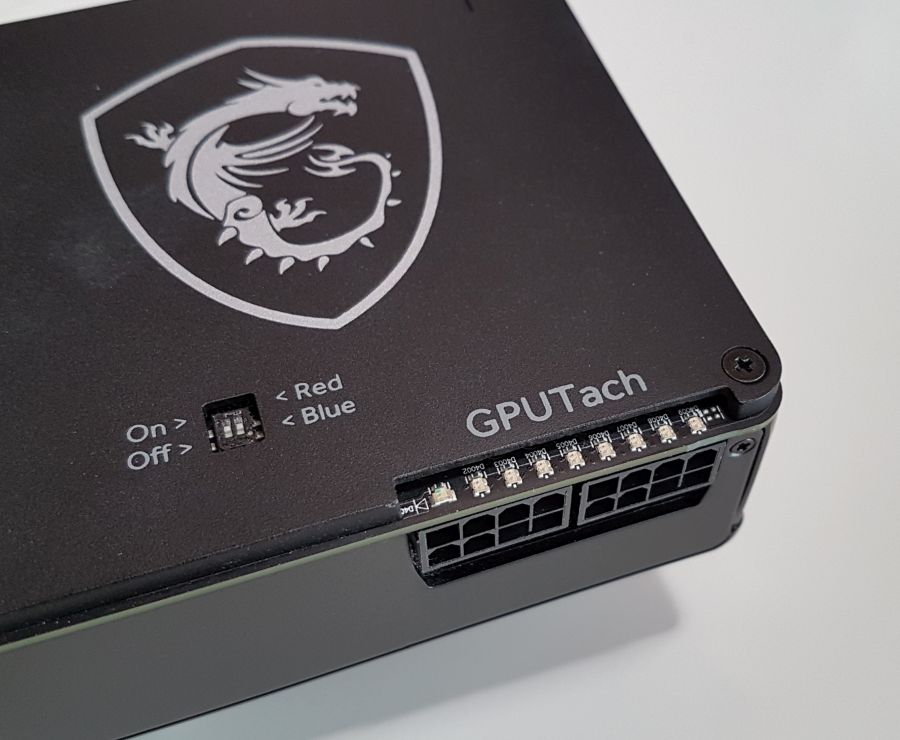 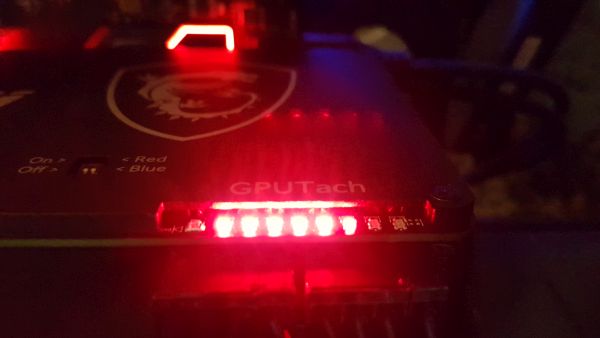 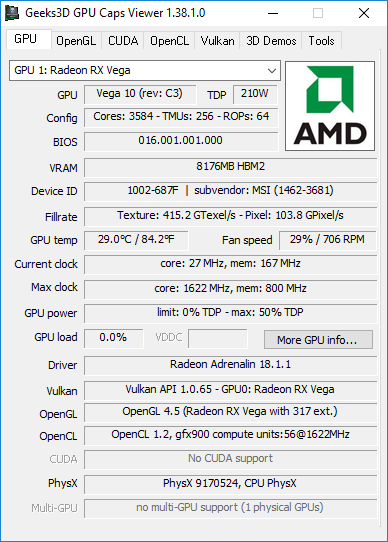 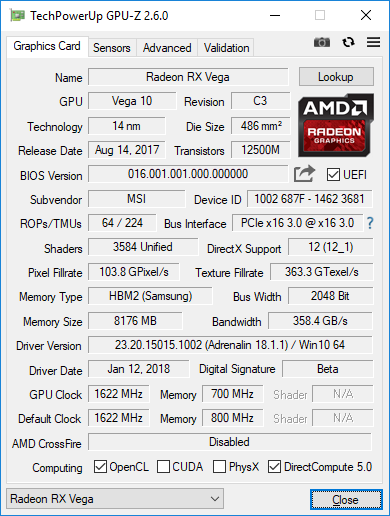 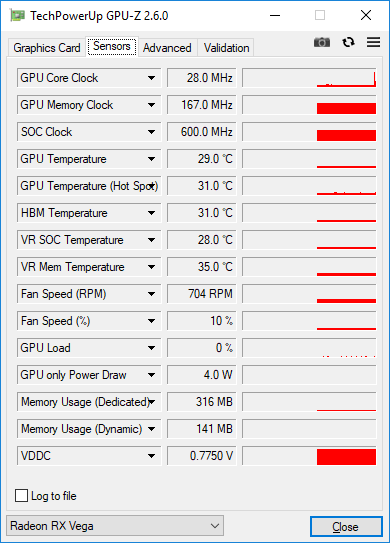 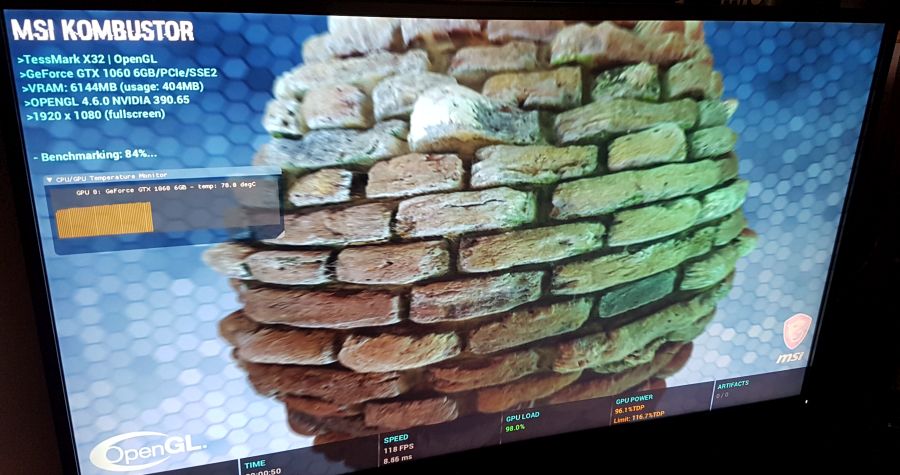 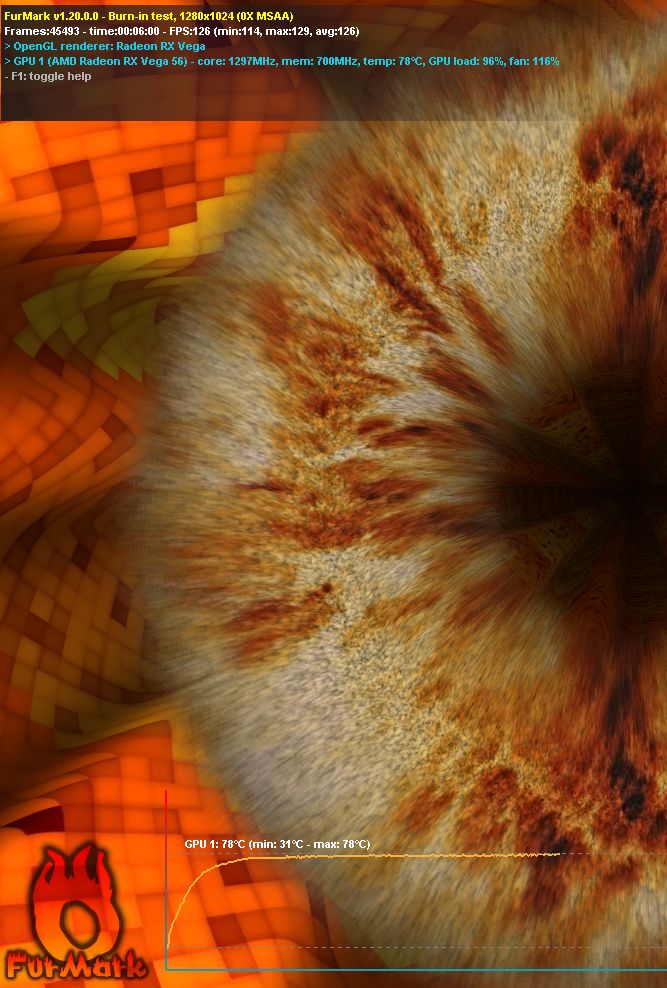 This burn-in test has been done with FurMark 1.20. 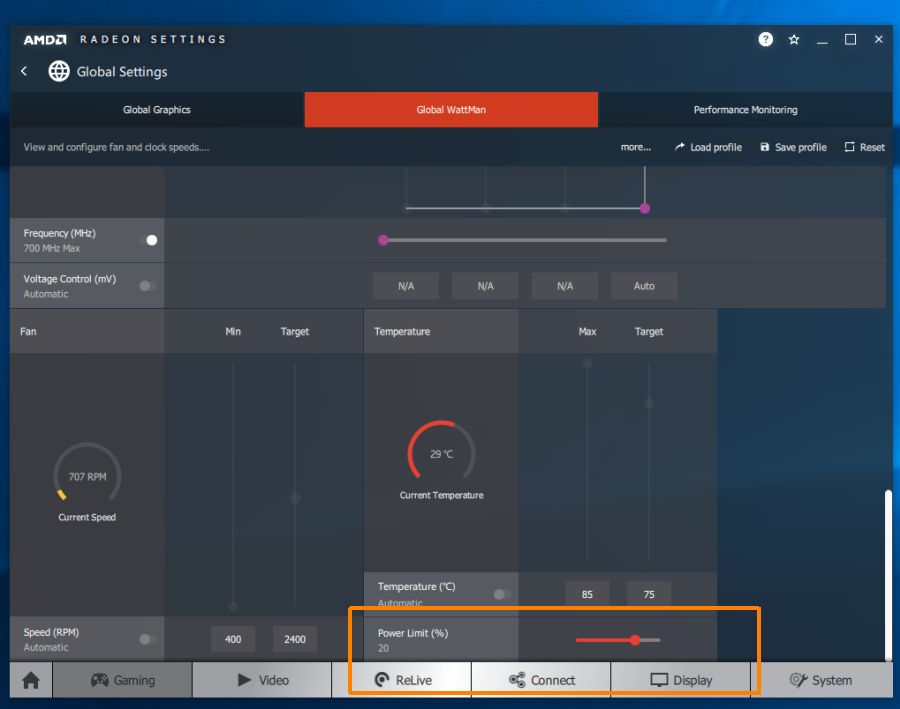 where 0.9 is the efficiency factor of the Corsair AX 860i PSU and 20 is an estimation of the additional CPU load when FurMark is running.

Even with the power limit set to 150% TDP, the GPU does not run at boost clock speed under FurMark: 1294MHz while official boost clock is 1520MHz.

At idle state, the GPU temperature is low (28°C) and the blower cooler is quiet. In load, it’s another story: the temperature can reach 78°C and to correctly cool to GPU, the blower is getting noisy: around 52dB measured at 30cm. 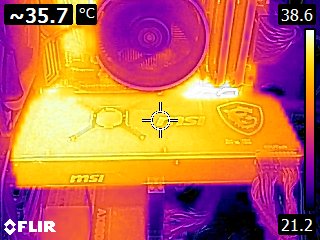 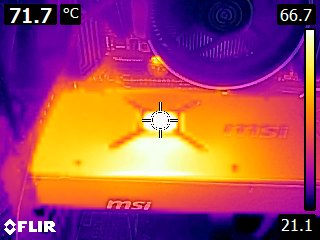 The Radeon RX Vega 56 is a solid alternative to NVIDIA GeForce GTX 1070. Both GPUs are neck and neck: depending on the test, the RX Vega 56 is faster or slower than the GTX 1070.

The RX Vega 56 has a TDP of 210W but with two 8-pin power connectors, the Radeon RX Vega 56 can draw up to 375W. I set the power limit to 150% TDP (the max!) and the card has flawlessly passed all burn-in tests with a power draw close to 300W. The blower cooler is a bit noisy in load but does its job correctly. At idle, the card is quiet. The card has a backplate and the GPU tachometer (or GPUTach) is a nice gadget!

The only issue with Radeon RX Vega cards is that… they are not available! This MSI RX Vega 56 is the first RX Vega graphics card I can play with. It was time! 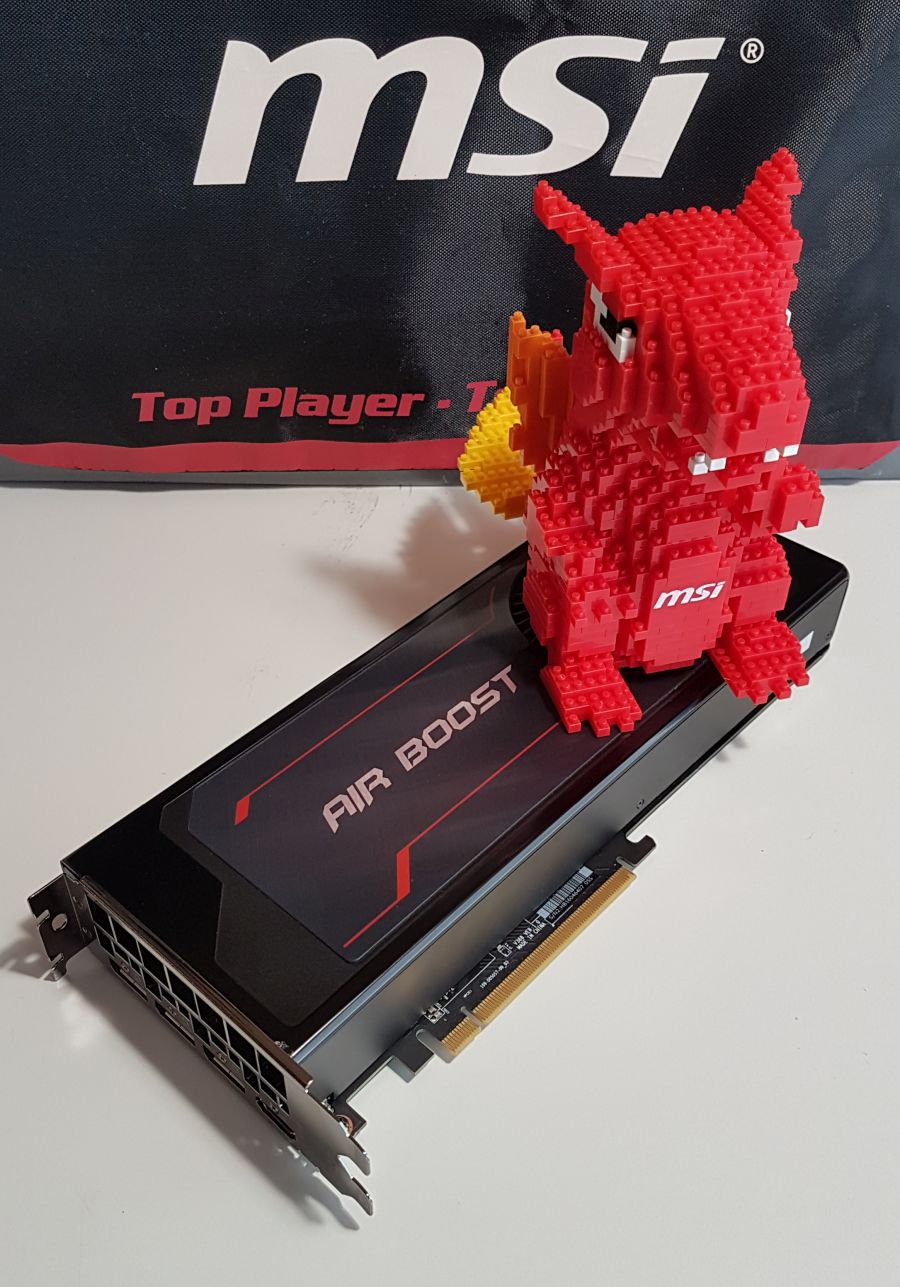