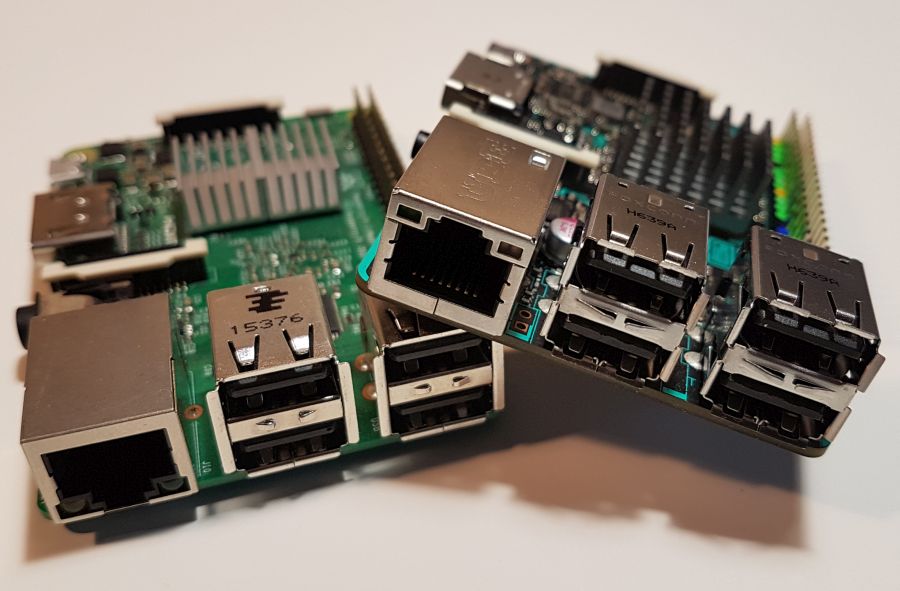 According to the specifications, the Tinker Board is more powerful than the Raspberry Pi 3. Let’s see if it’s true with several CPU/GPU benchmarks.

To benchmark the CPU, I used Sysbench 0.4.12, a cross-platform and multi-threaded benchmark tool. The installation of Sysbench on Tinker OS and Raspbian is rather easy:

Rule for these scores: lower is faster.

The output of Sysbench for the Tinker Board is:

For this second multi-threaded CPU bench, I used GeeXLab with the LLVMPIPE software rasterizer. LLVMPIPE is a multi-threaded and highly optimized software rasterizer (more info HERE). On the Tinker Board, you have have access to that software renderer if you use GeeXLab with OpenGL desktop. On the Raspberry Pi 3, you have to disable the OpenGL desktop support (raspi-config can help) and use this version of GeeXLab.

I selected the following shadertoy demo that runs in software mode on both Tinker Board and Raspberry Pi 3. This demo is shipped with GeeXLab and you can find it in the demos folder (demos/shadertoy/09-noise-animation-electric.xml). The resolution is 600×380 which is more than enough for our little SBCs! On both SBCs, the CPU usage is near 100%.

Both boards have the OpenGL renderer: 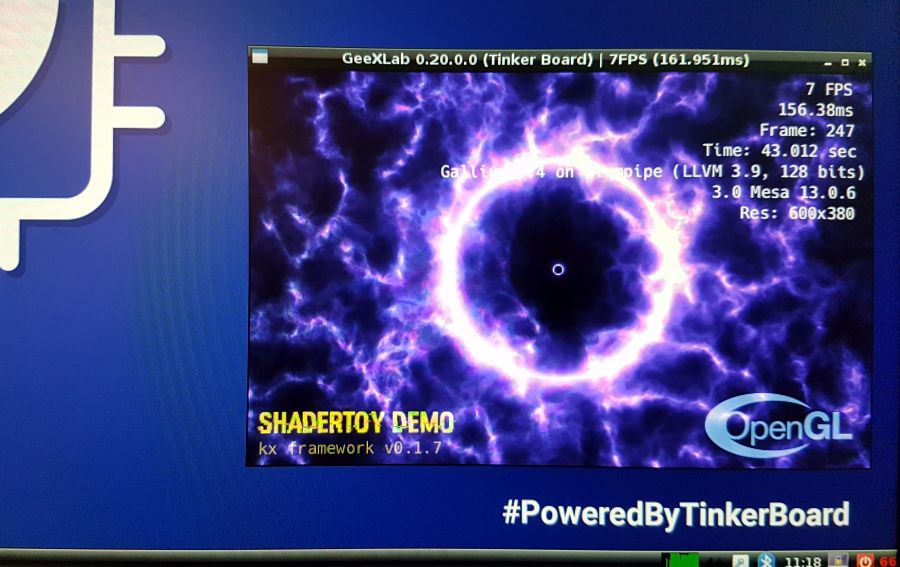 Rule for these scores: higher is faster.

I launched the same shadertoy than for the CPU benchmark, the only difference is the resolution: 1280×720.

On both boards, the CPU usage is very low (less than 3%). 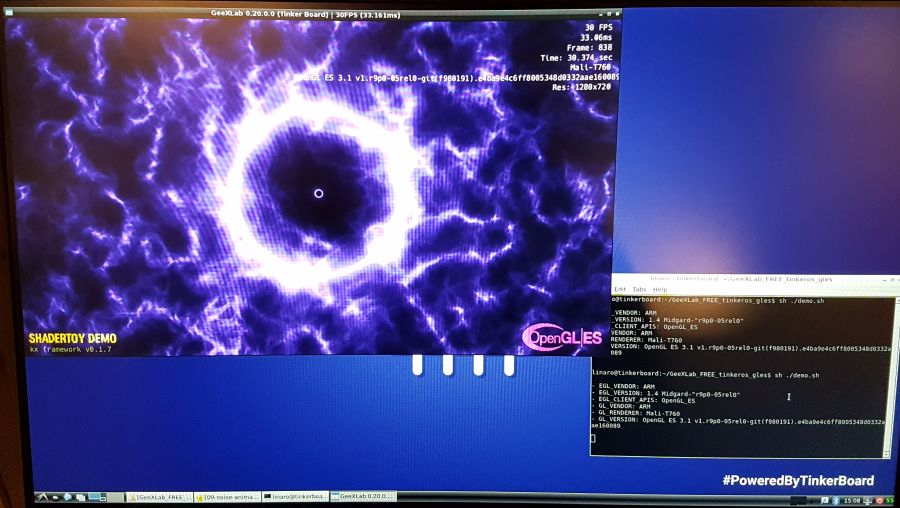 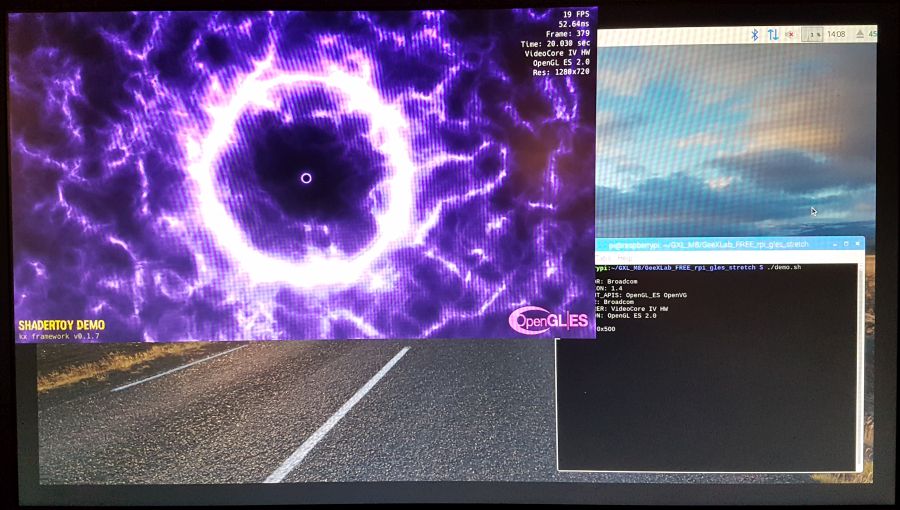 Rule for these scores: higher is faster.

What can I say? The Tinker Board is faster than the Raspberry Pi 3, no doubt on that fact. The CPU is faster, the GPU is faster. 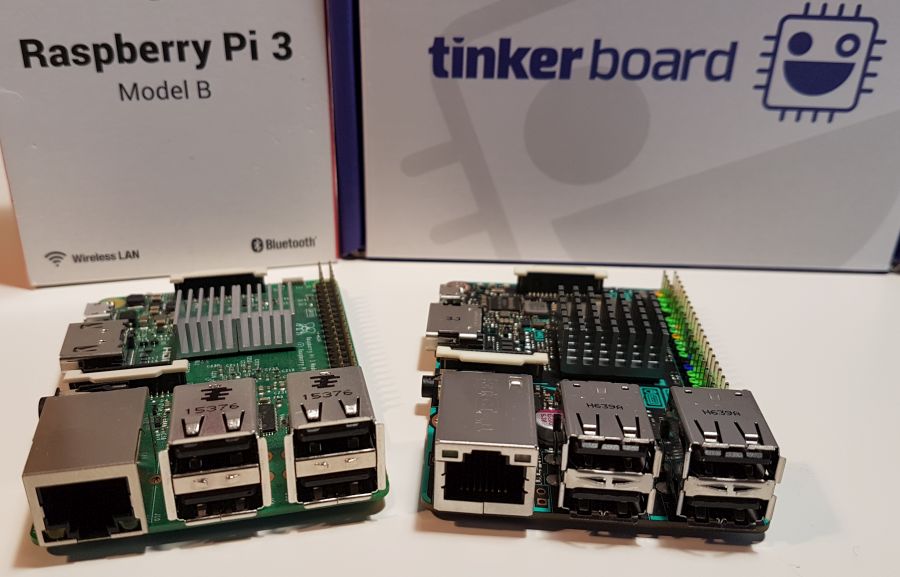 4 thoughts on “(Tested) ASUS Tinker Board vs Raspberry Pi 3: CPU and GPU Benchmarks”