I recently tested a 2-way CrossFire of Radeon RX Vega 64. The RX Vega 64 has been launched in July 2017 and so far, Vega based cards were (and are still) hard to find. 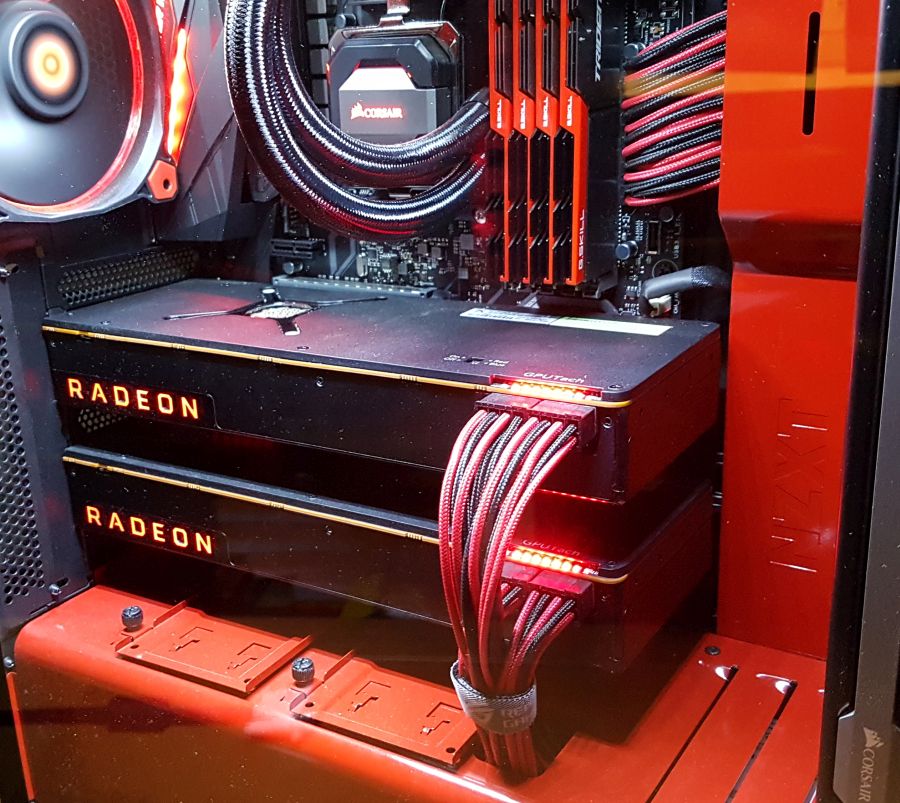 FurMark is very handy to have an overview of the performance of a graphics card. The benchmark lasts 60 seconds ans scales well with CrossFire or SLI setups.

Very nice scores. In single GPU mode, the RX Vega 64 beats the GTX 1080 while in dual-GPU, the GTX 1080 is faster. This simple benchmark shows that the RX Vega 64 is a serious alternative to The GeForce GTX 1080 even if Pascal-based graphics cards are on the market since more than one year… Better late than never! 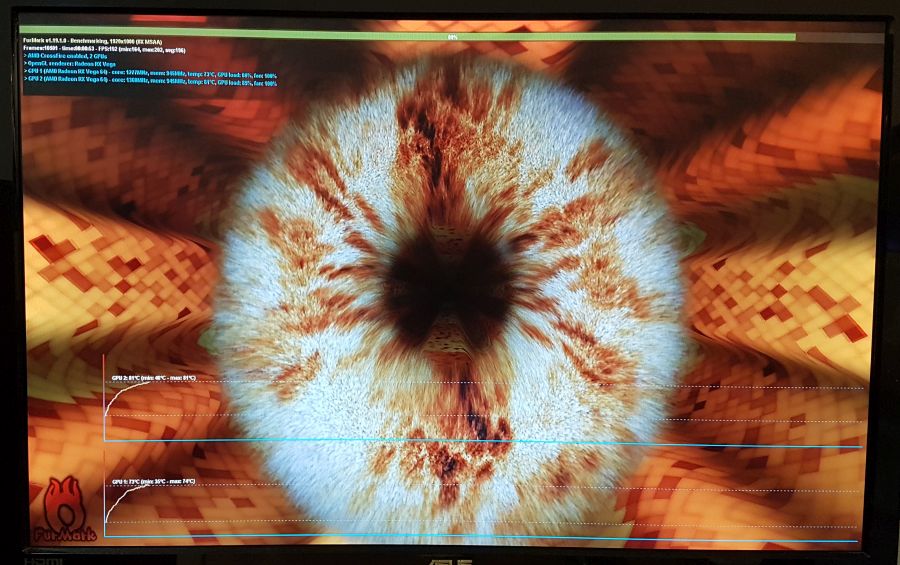 The Radeon RX Vega features a GPUTach that shows the GPU load. The GPUTach is a strip of LEDs right next to the PCI-E power connectors. As you can see on the following picture, all LEDs of both RX Vega 64 are lit when FurMark is running. 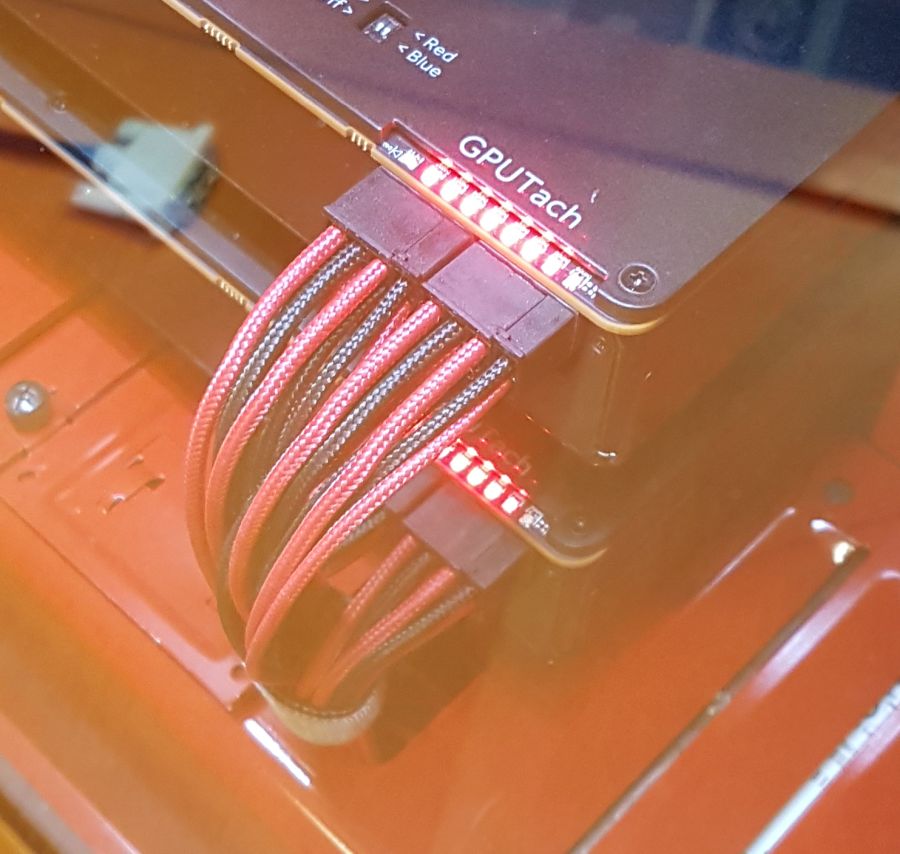