Futuremark has updated its 3DMark utility with a new benchmark focused on 4K rendering and multi-core CPUs.

The new Time Spy Extreme benchmark is a 3840 × 2160 (4K UHD) graphics test as well as a heavy multi-core CPU test. The CPU test has been redesigned to let processors with 8 or more cores perform to their full potential. 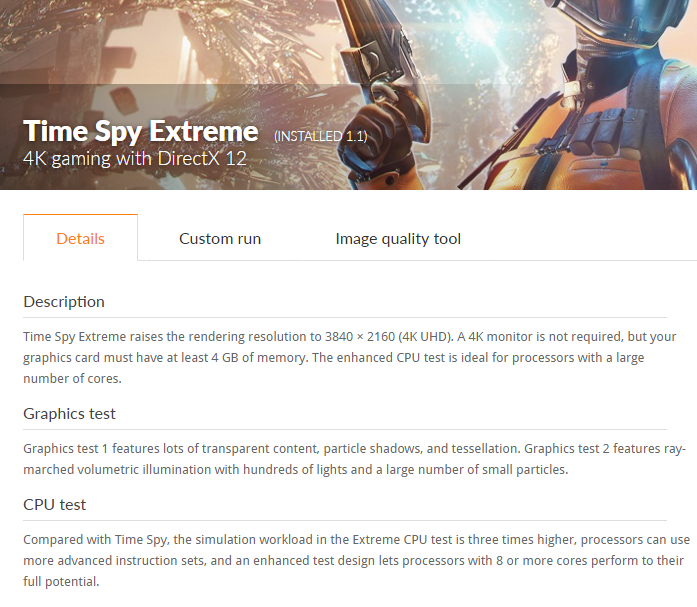 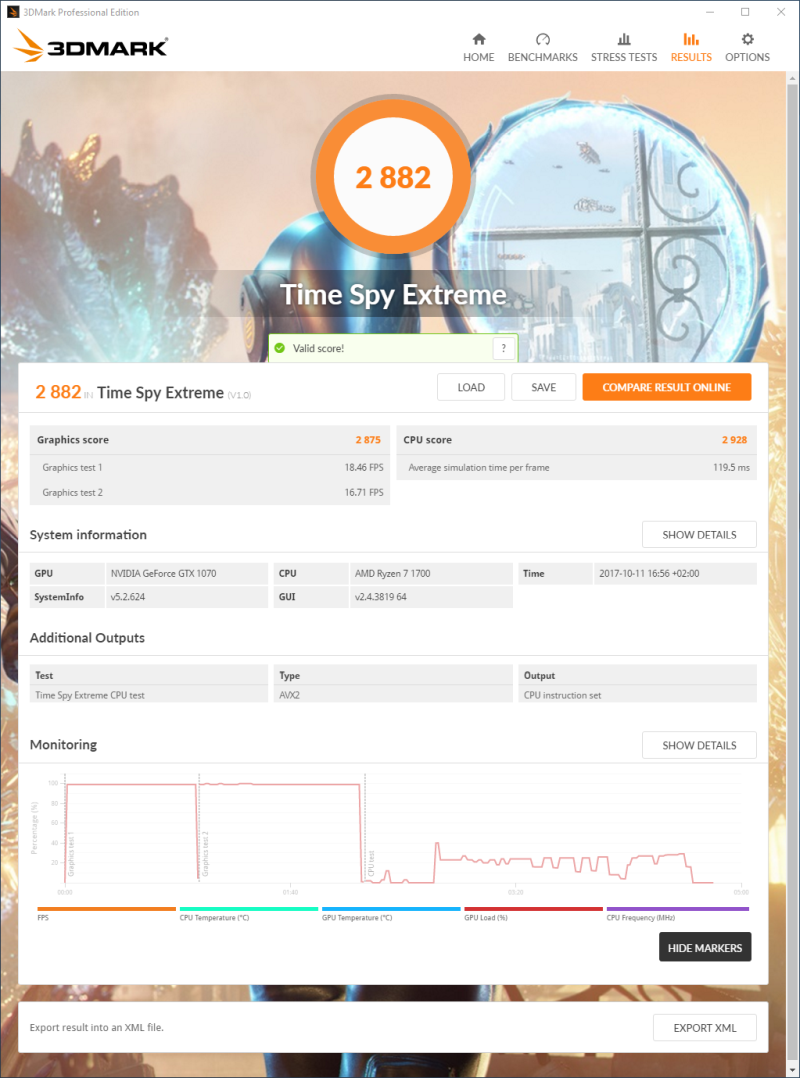 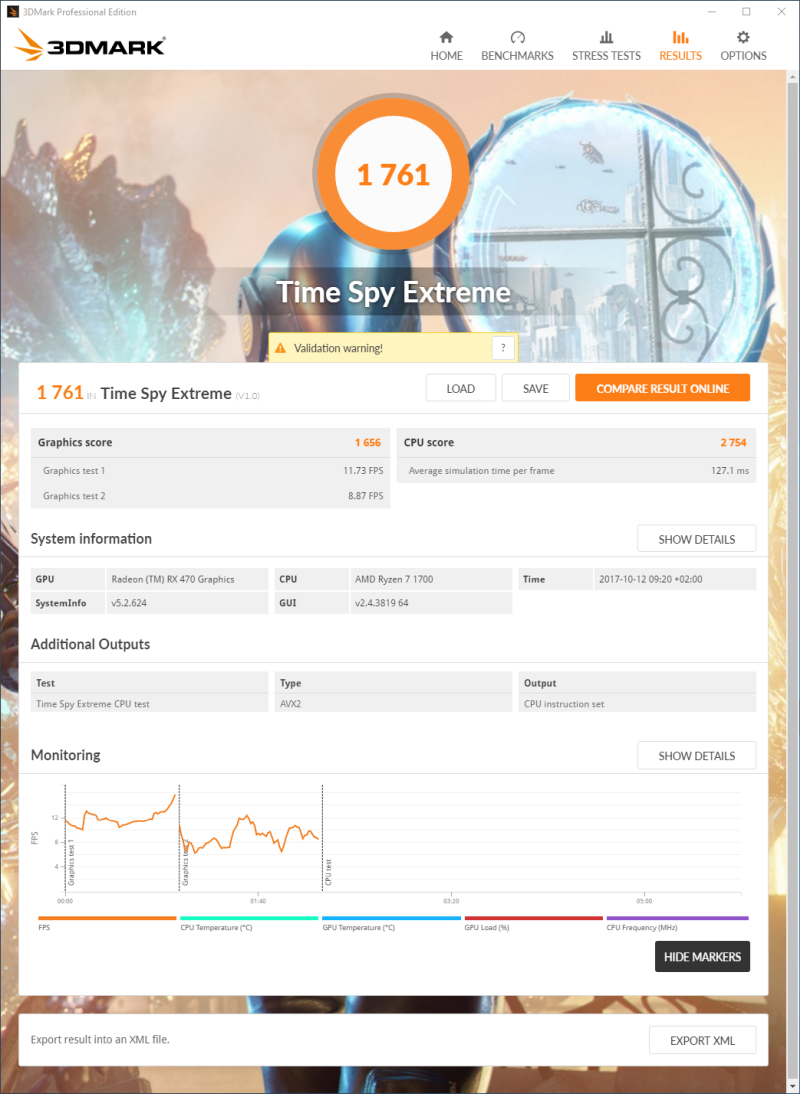 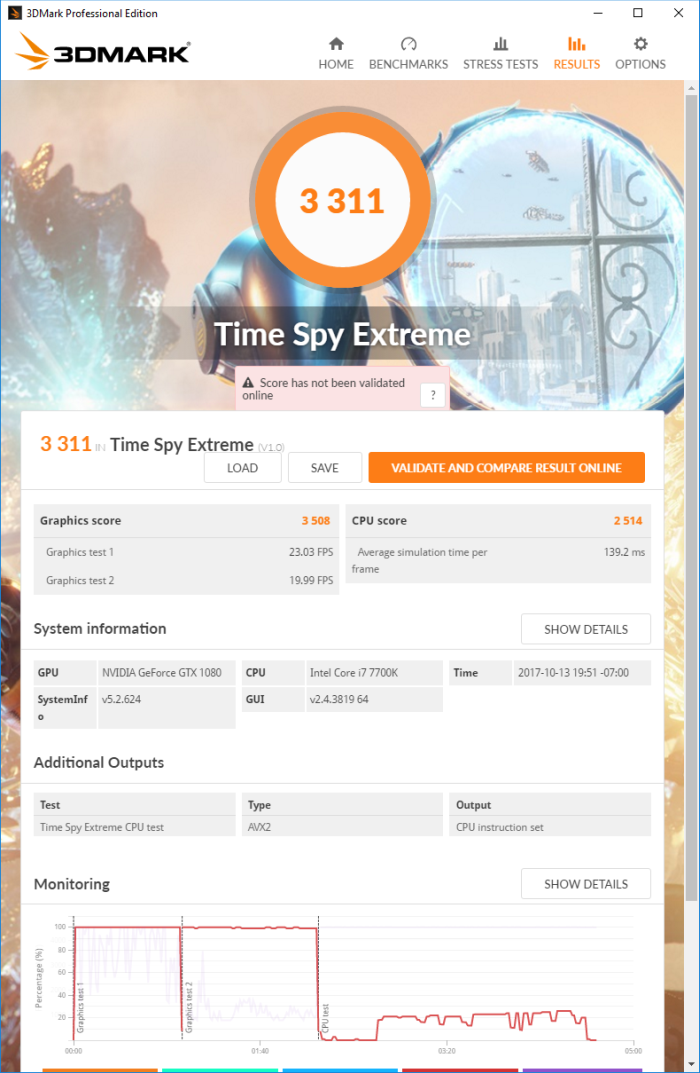 I also monitored the CPU usage for the CPU test only in windowed mode: the 8C/16T Ryzen 7 is fully loaded: 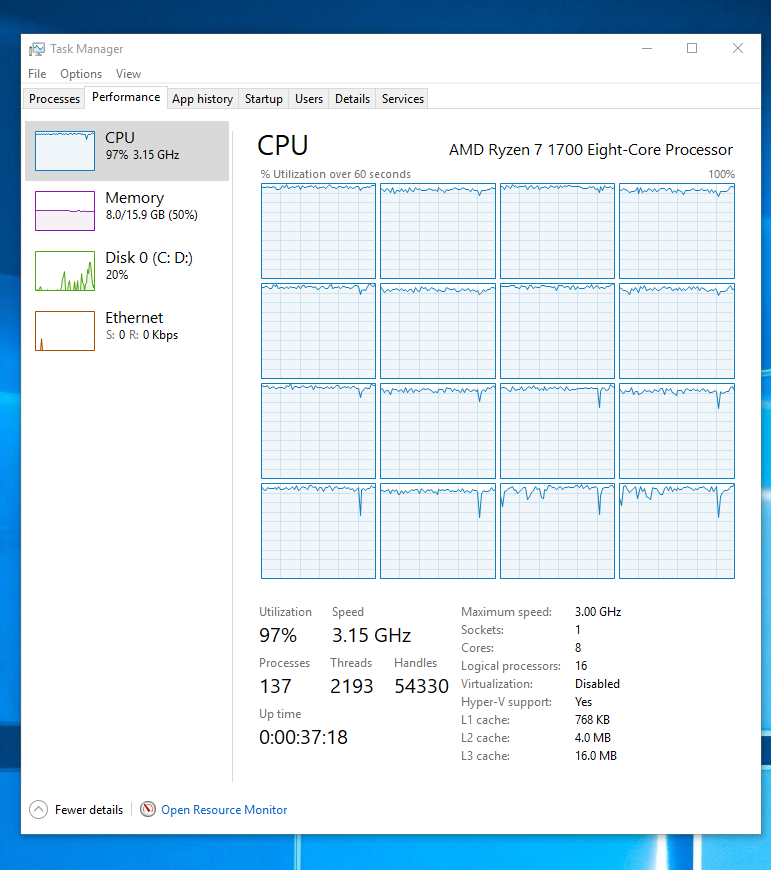