Creative Technology has released the first public version of its Aurora SDK (software dev kit) that allows developers to program lighting effects on Sound BlasterX RGB-enabled hardware like the Sound BlasterX AE-5 gaming sound card. Perfect to match the sound illumination with the rest of the computer. 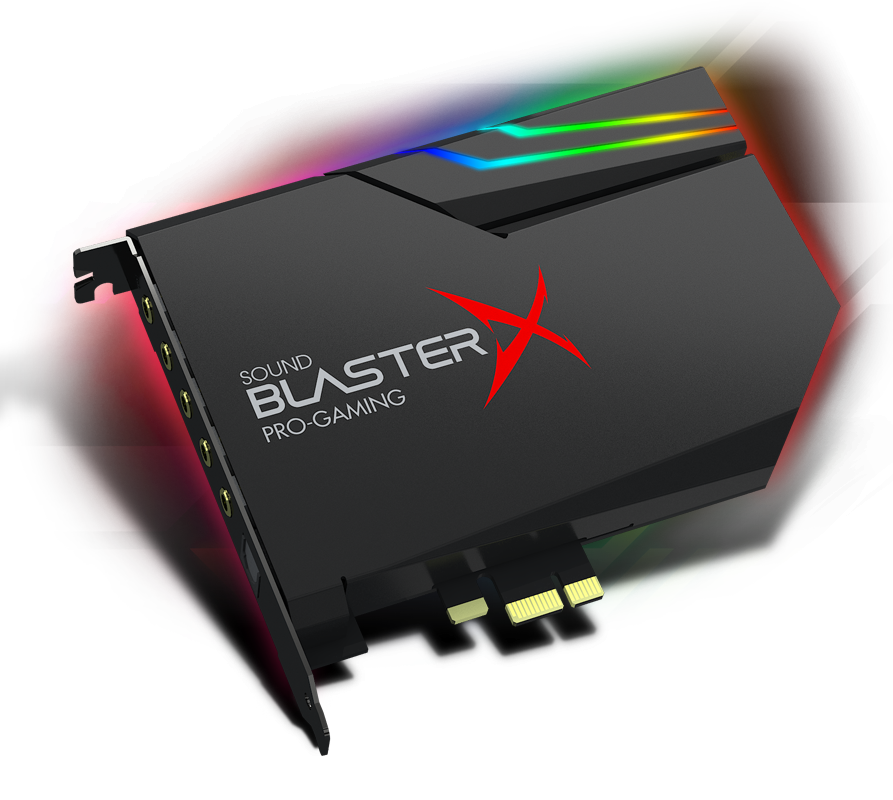 The Aurora Reactive SDK is a system with APIs (Application Programming Interfaces) that allow third party developers to program Creative’s Sound BlasterX RGB-enabled hardware. The SDK will come complete with sample codes, an API library, and documentation to enable even novice programmers to get started.

The SDK also comes with the Aurora Unity feature that synchronizes the behavior of the reactive lighting system across the supported Sound BlasterX products. Potentially, developers could create an ecosystem consisting of different products that function as one in terms of lighting behavior – lights could turn red when an in-game protagonist is hurt, turn orange when attacking an enemy, or breathe with an ebb and flow of light when searching for an enemy; the possibilities are endless.

The complete press release can be found HERE.

The SDK allows to program the following Sound BlasterX products:

You can download the Aurora SDK from THIS PAGE.

Of course I downloaded this SDK just to see what’s included in. The SDK comes with four header files, DLLs, a C++ code sample and a reference guide. There are no libs to link with because the Aurora functions pointers are initialized by code.

Honestly, I think that Creative could have found some better names for the SDK header files and for the functions. I find this SDK a little bit… ugly for my compiler! A single header like aurora_sdk.h would have been enough. An example of a nice SDK is Logitech LED Illumination SDK (used by GeeXLab to drive Logitech G products like the G810 Orion Spectrum keyboard): a single header (with easy to use functions) and a static lib.

That said, there is an SDK and that’s the important thing. Here is the procedure found in the documentation to program the LED patterns and colours:

Here is a code snippet that shows how to use the SDK: