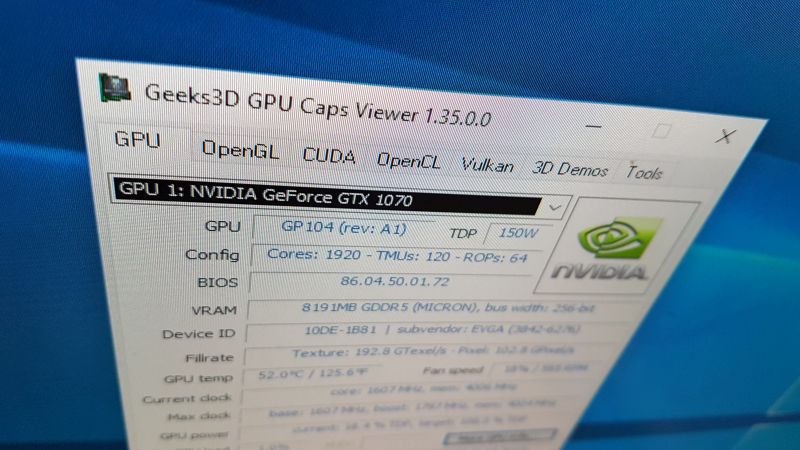 A new version of GPU Caps Viewer is ready. GPU Caps Viewer 1.35.0 comes with an improved Vulkan support. The Vulkan panel has been simplified and shows more information (layers, hardware features). Vulkan demos (based on GeeXLab engine) have been updated to properly work on all Vulkan-capable GPUs (NVIDIA, AMD and Intel). 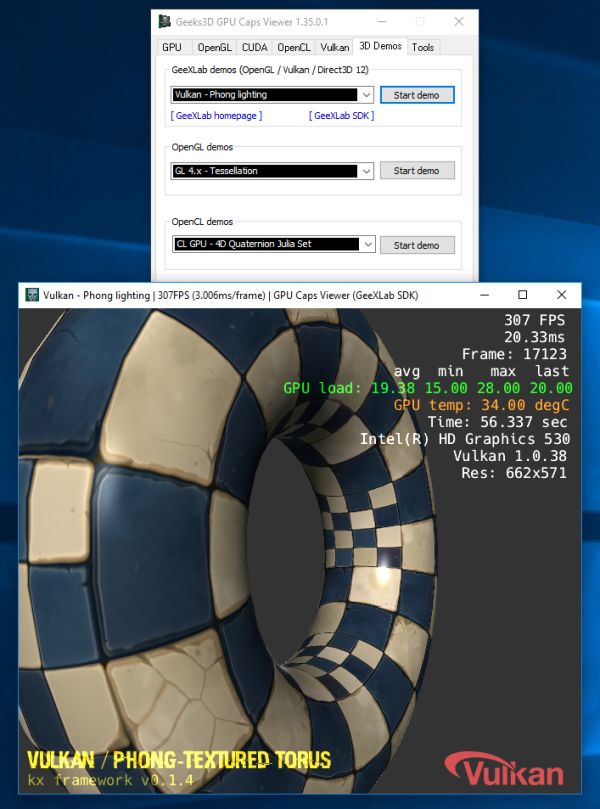 The VK-Z utility (added in GPU Caps Viewer 1.33) has been removed because the Vulkan detection code of GPU Caps Viewer actually works fine with Intel GPUs (tested by latest HD Graphics driver v4729) and VK-Z is no longer useful. More information about this curious story is available at the end of the post. 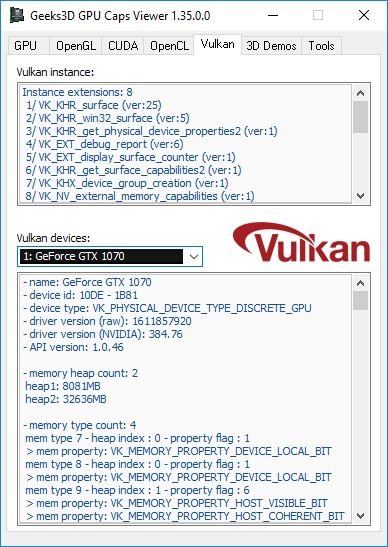 GPU Caps Viewer 1.35.0.1 fixes a small bug in the reading of the max clock speeds of Radeon GPUs.

For any feedback or bug report, a thread on Geeks3D forums is available HERE. 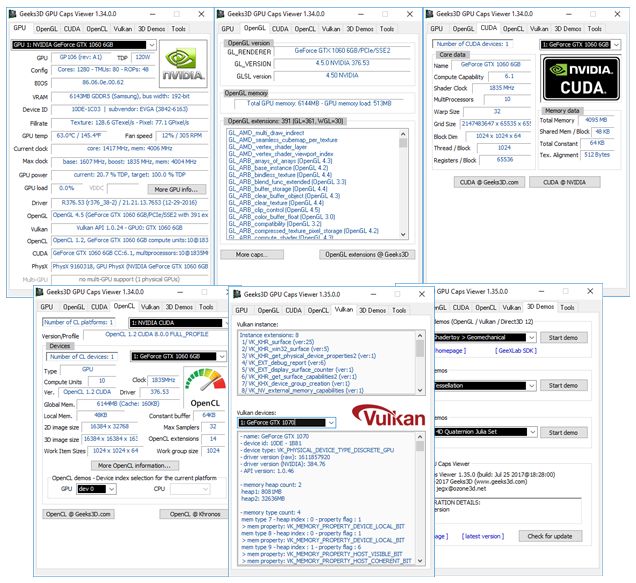 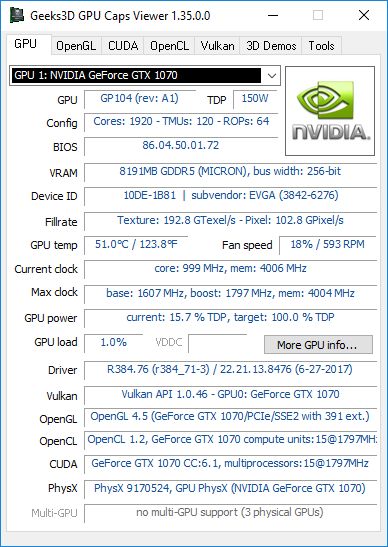 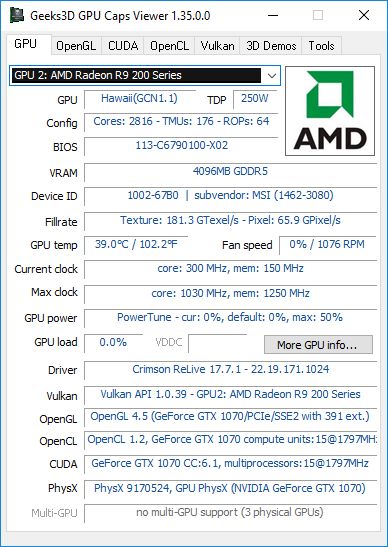 On my dev system, I have a GeForce GTX 1070 and an Intel HD 530 (Core i5 6600K). If I run GPU Caps Viewer with its original filename (GpuCapsViewer.exe), the Intel GPU is not listed in Vulkan devices: 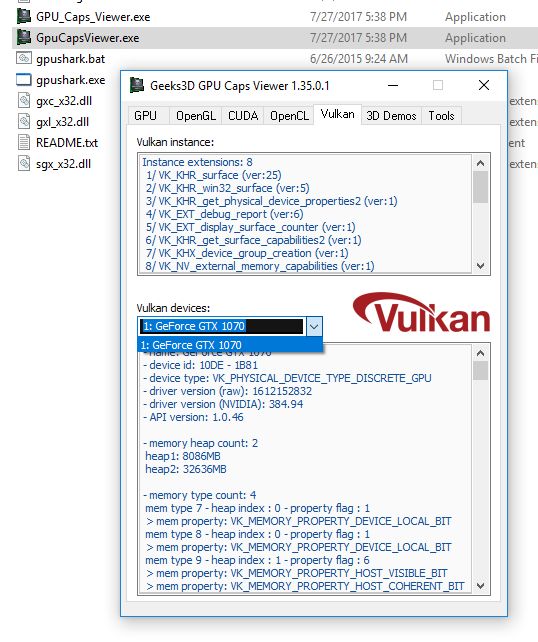 Now if I rename GpuCapsViewer.exe in GPU_Caps_Viewer.exe (or any other filename), the Intel GPU is detected: 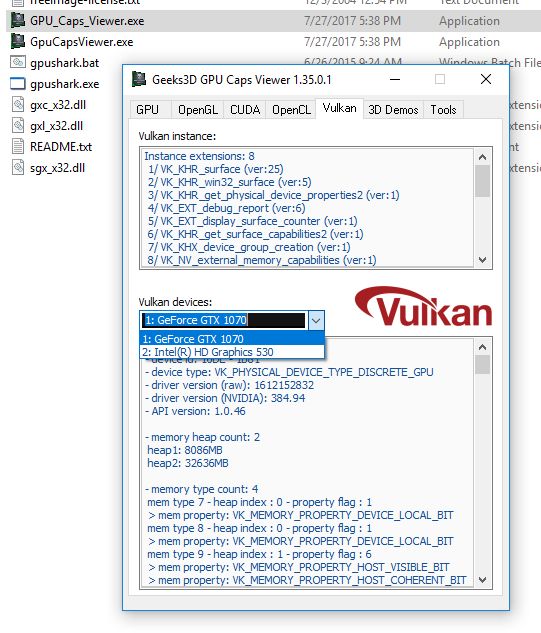 That seems crazy, but it looks like the name GpuCapsViewer.exe is blacklisted somewhere in Intel Vulkan drivers. That could explain why GPU Caps Viewer (with the GpuCapsViewer.exe filename) is not able to list Vulkan information for Intel GPUs while VK-Z sees it correctly. But at the same time, that makes no sense.

Since this was very weird, I did another test, this time with VulkanCapsViewer 1.4. Same thing, I launched Vulkan Capability Viewer with its original filename and renamed in GpuCapsViewer.exe. I did this test on a gaming notebook (ASUS GL553VD) with a GTX 1050 + HD 630:

vulkanCapsViewer.exe: both GPUs are listed in Vulkan devices. 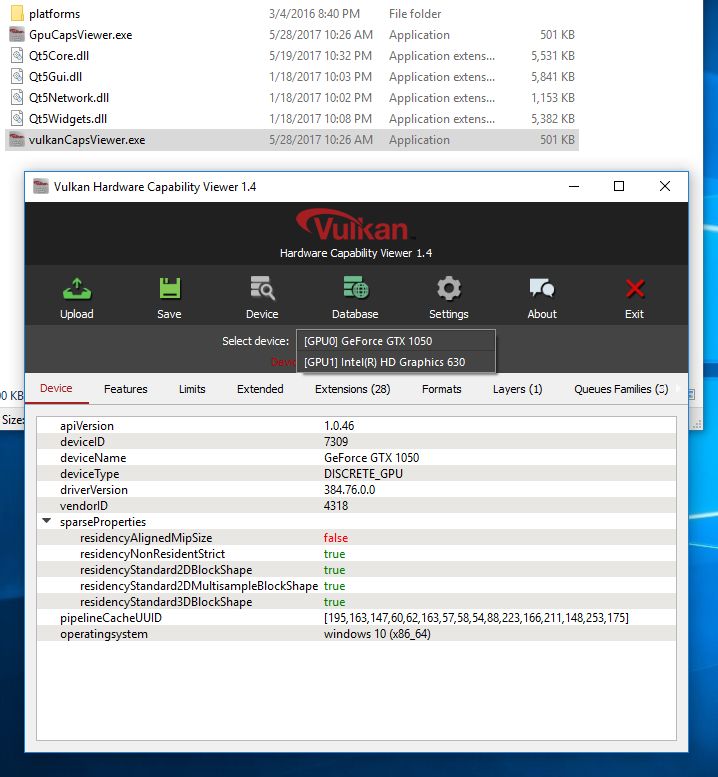 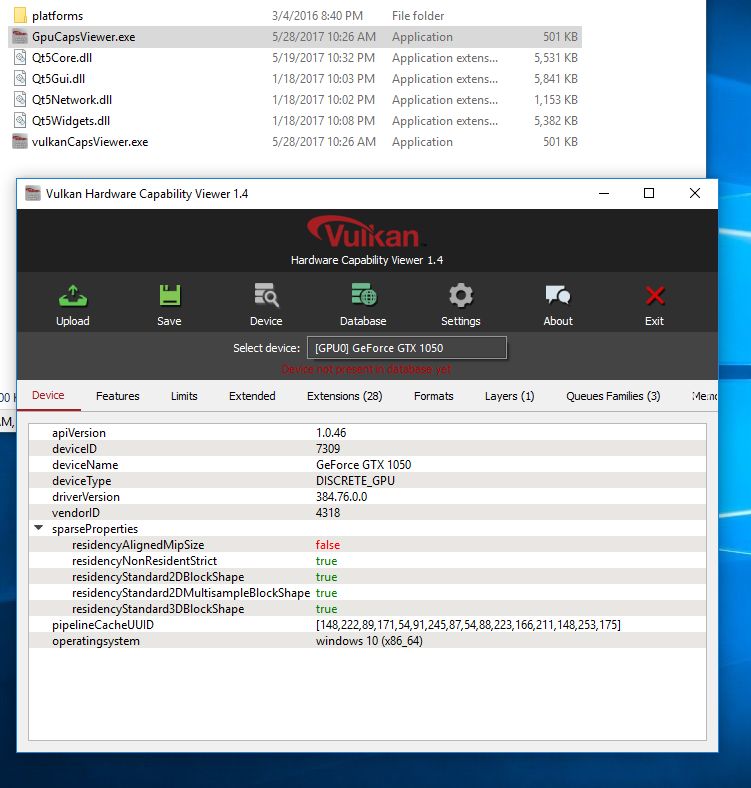