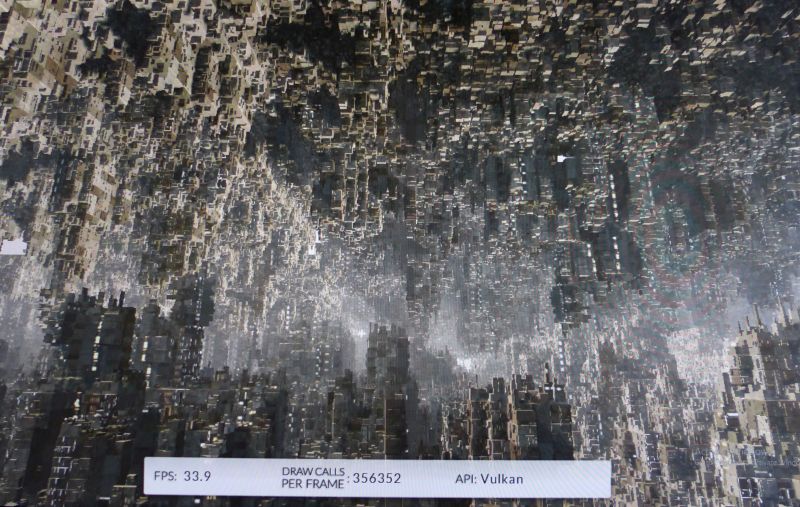 Futuremark has released a new version of 3DMark that adds the Vulkan support to the API Overhead test. We can now compare the API performance of Direct3D 11, Direct3D 12 and Vulkan.

Vulkan is a new graphics API that provides high-efficiency, low-level access to modern GPUs in a wide variety of devices from PCs to smartphones. APIs like Vulkan and DirectX 12 make better use of multi-core CPUs to streamline code execution and eliminate software bottlenecks, particularly for draw calls.

Games typically make thousands of draw calls per frame, but each one creates performance-limiting overhead for the CPU. Vulkan and DirectX 12 reduce that overhead, which means more objects, textures and effects can be drawn to the screen.

The purpose of the test is to compare the relative performance of different APIs on a single system. The API Overhead feature test is not a general-purpose GPU benchmark, and it should not be used to compare graphics cards from different vendors.

More information and download links can be found HERE. 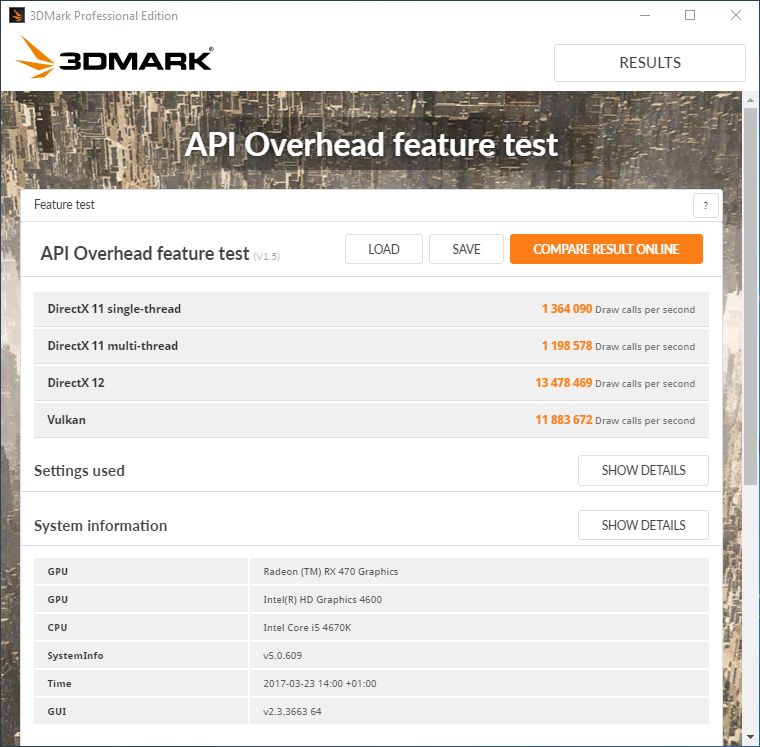 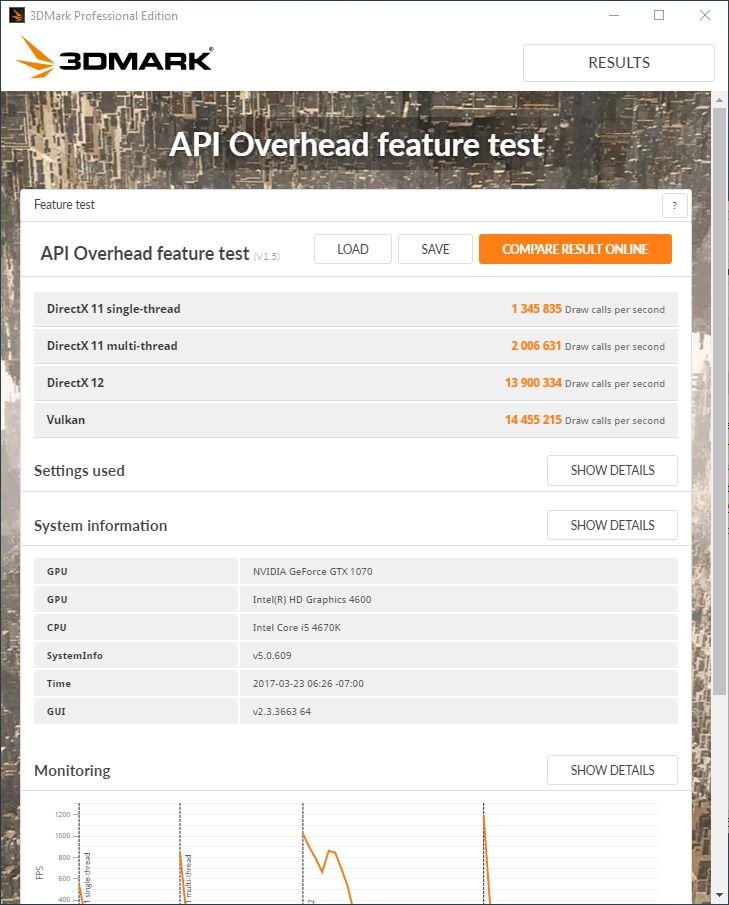