Today, a quick review of the PNY GeForce GTX 1050.

The homepage of the PNY GTX 1050 can be found HERE.

The bundle is very simple: the GTX 1050, a user’s guide and a CDROM with drivers. 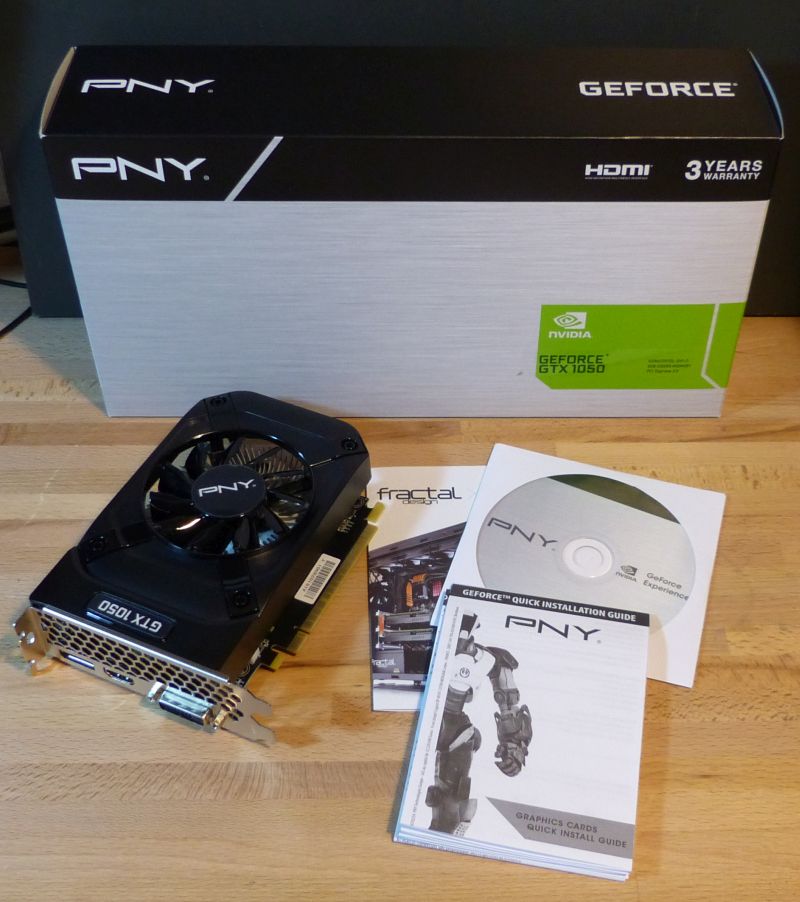 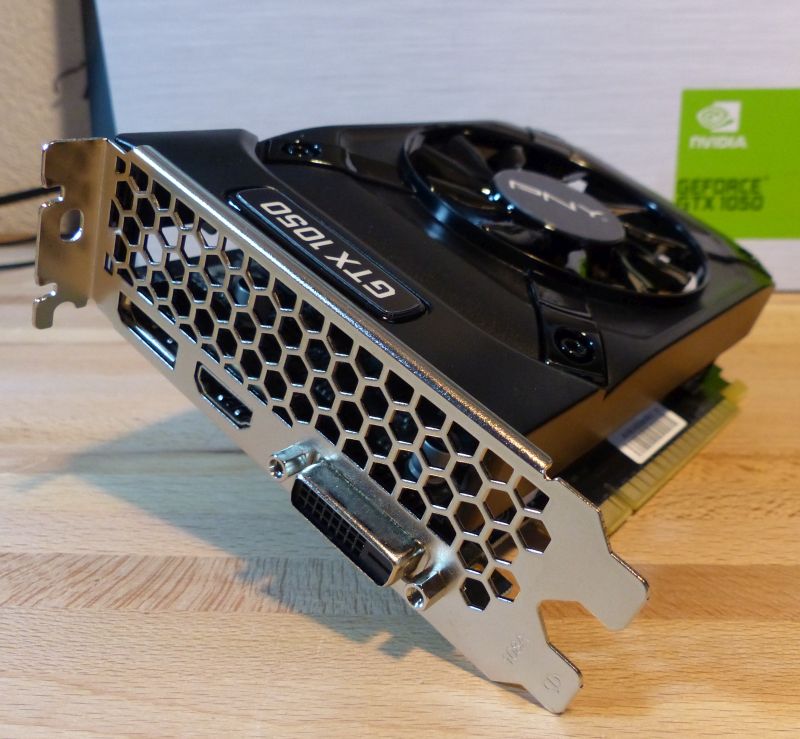 The fan has a diameter of 85mm and spins all the time, there is no 0dB-fan technology for this kind of graphics card. 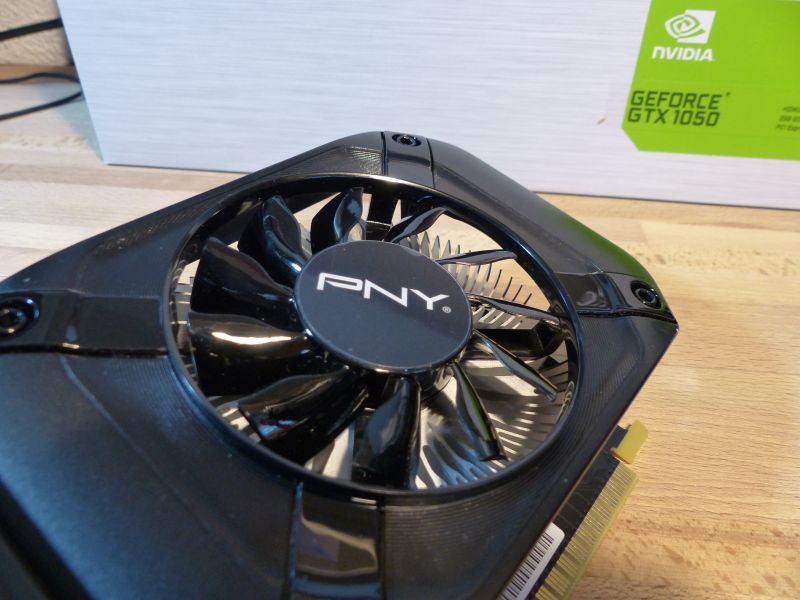 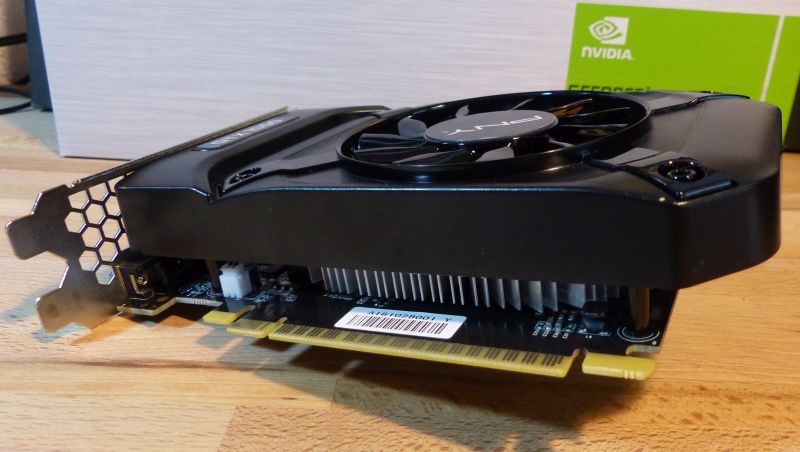 The PCB has no additional power connector: this 75W-TDP card can draw all juice from the PCI-Express slot. 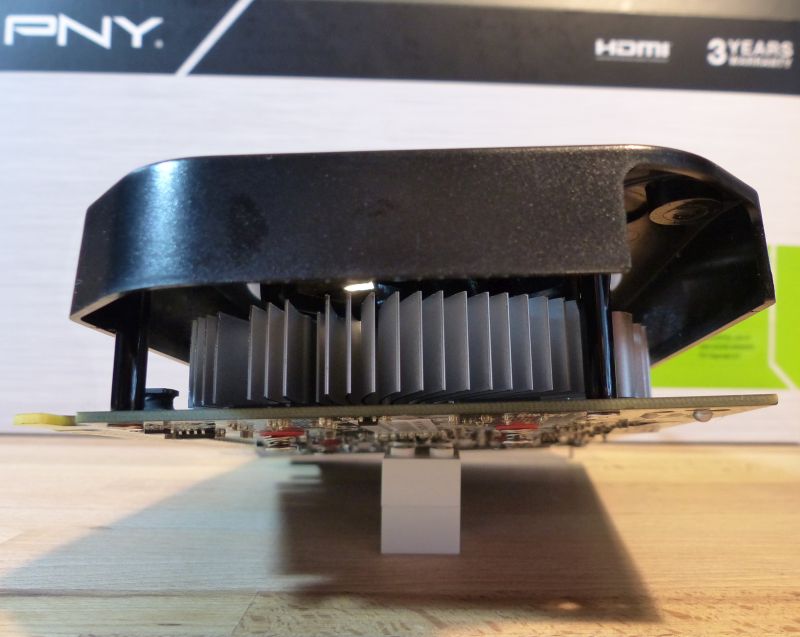 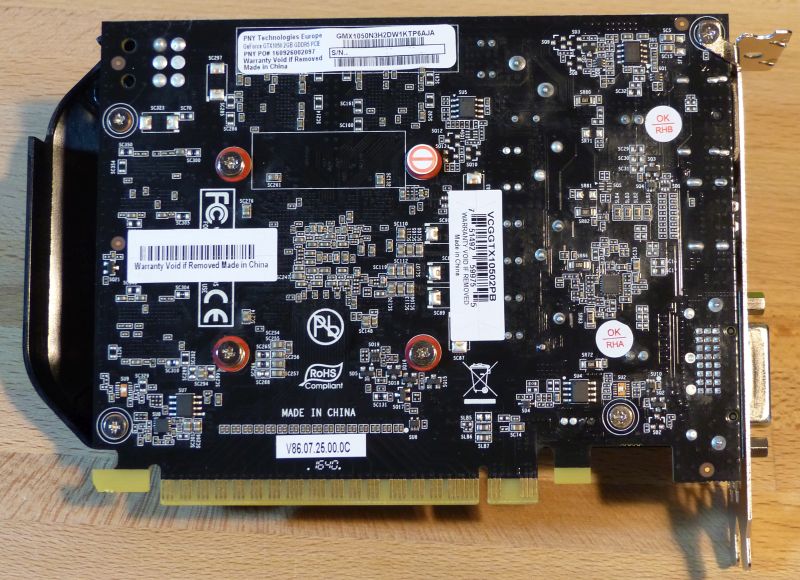 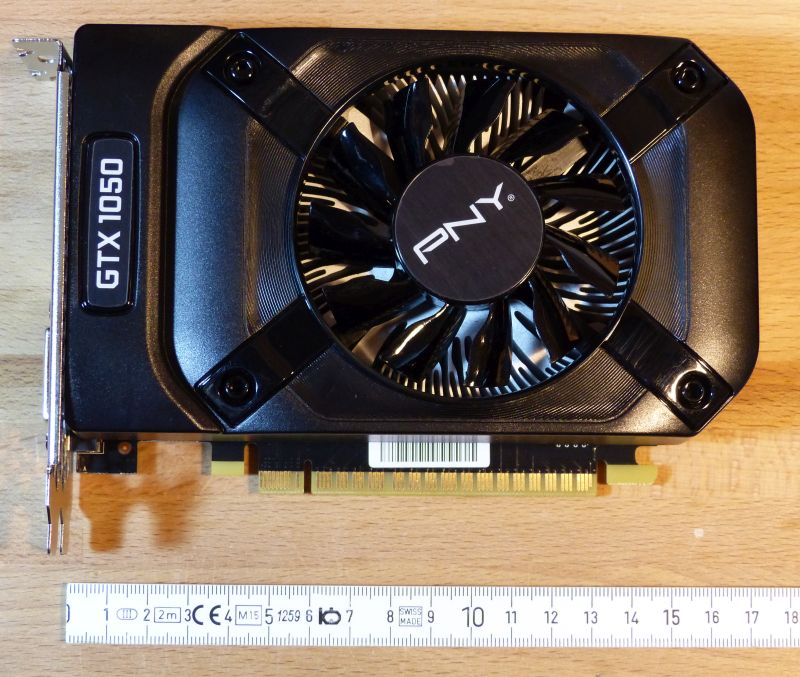 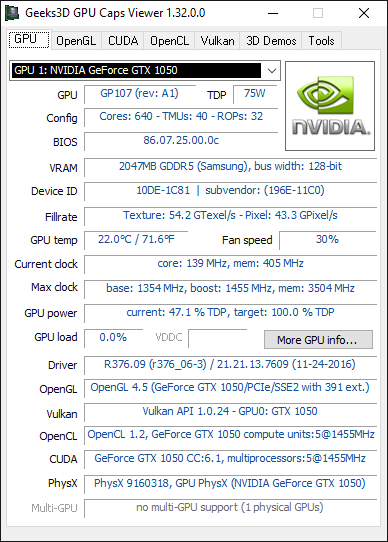 This test is not available for the GTX 1050. Likely because of the amount of video memory: 2GB…

At idle state, the total power consumption of the testbed is 34W. The GPU temperature is 22°C. The VGA cooler is barely audible (open case).

The max value for the power target is 100%TDP. This graphics card does not allow to set the power target as we would do on GTX 1060/1070/1080, so the power target is fixed to 100%TDP. After 5 minutes of stress test, the total power consumption of the testbed was 114W and the GPU temperature was 55°C. And curiously, the noise of the VGA cooler didn’t change, still the same barely audible noise. Very good. 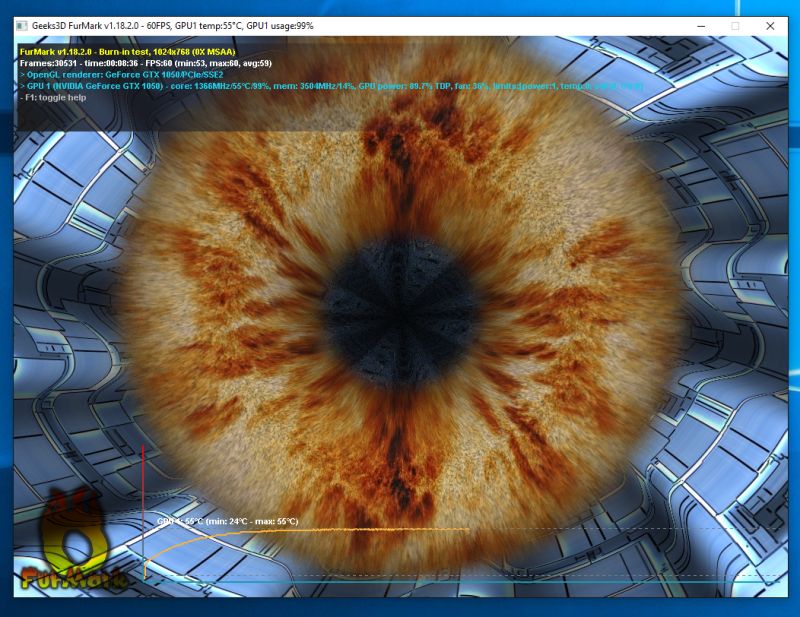 58W is a low value (I expected something like 70W). That can be explained if we look at the current value of the GPU power during the stress test: 89.7%TDP. Something limited the power draw of the GTX 1050. Usually with FurMark, the current GPU power is near 100%TDP… 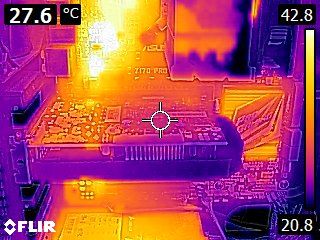 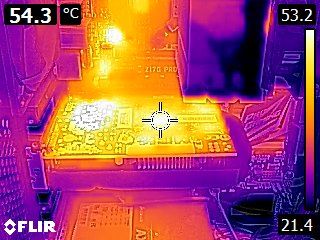 If you don’t need a powerful GPU (no VR, no 4K, etc.) but rather need a graphics card with latest features such as up to date OpenGL extensions or Vulkan API support, with reasonable 3D performances and small impact on your electricity bill, this is the card you’re looking for. The GTX 1050 offers more or less the performances than a GTX 960. The VGA cooler is quiet but I prefer the one that came with ASUS GTX 750 which is really quiet. But in a closed case, you won’t hear anything…

Thanks to Internex for this PNY GTX 1050!