Today, a quick review of the ASUS GeForce GTX 1080 TURBO.

This GTX 1080 TURBO is the simplest GTX 1080 I tested. By simplest, I mean the graphics card comes with a simple VGA cooler (nothing to see with the GTX 1080 Strix!), no factory overclocking and a minimal bundle.

The GTX 1080 TURBO is powered by a Pascal GP104 GPU clocked at 1607MHz (base clock) and 1733MHz (boost clock). Both clock speeds are the reference ones, no out of the box overclocking. The card has 8GB of GDDR5X graphics memory clocked at 10010MHz like NVIDIA reference model.

The bundle is minimal: the GTX 1080, a user’s guide, a CDROM with drivers + utilities and an invite code for World Warships: 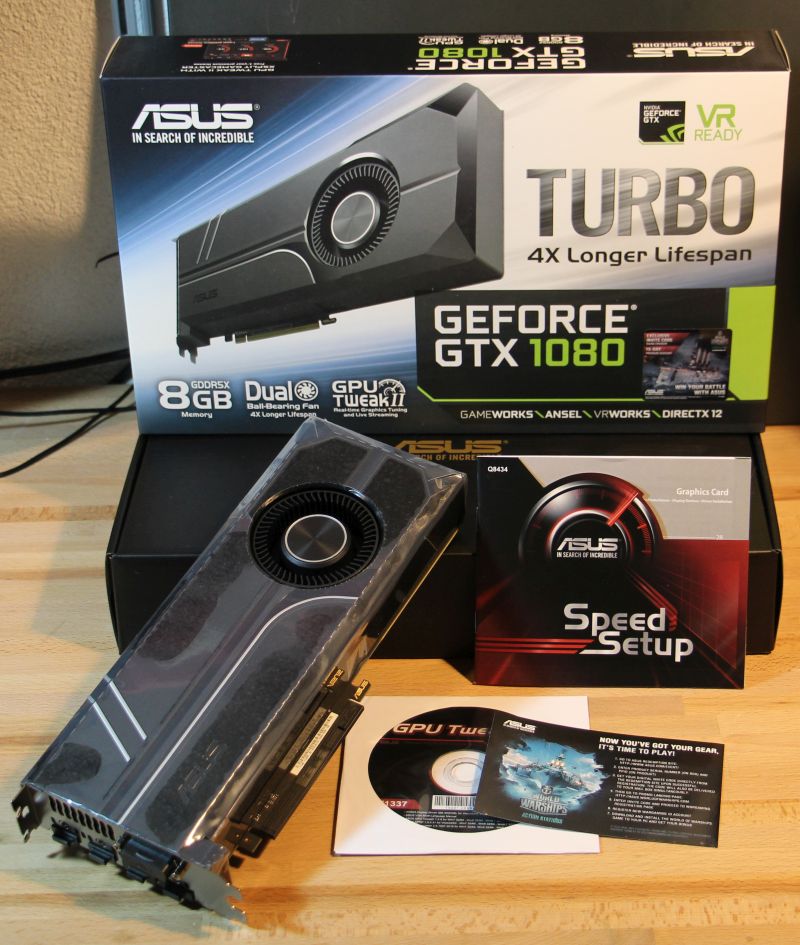 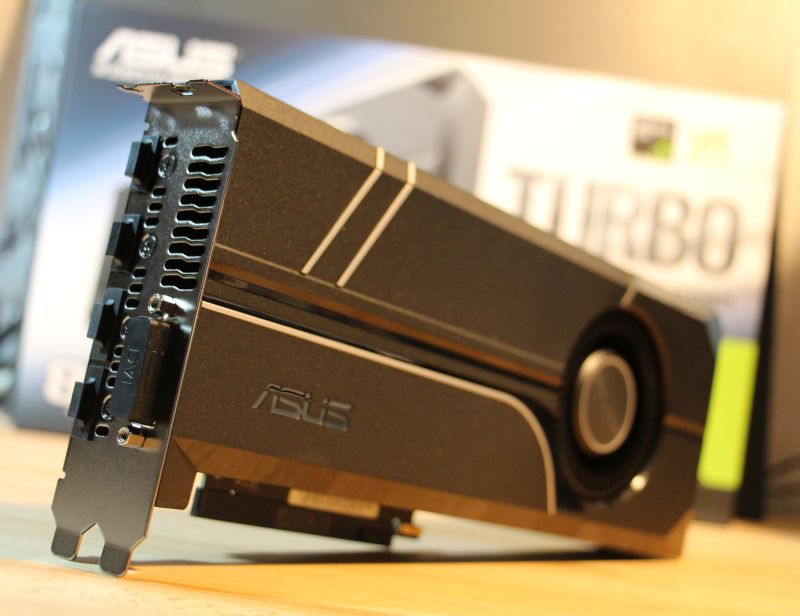 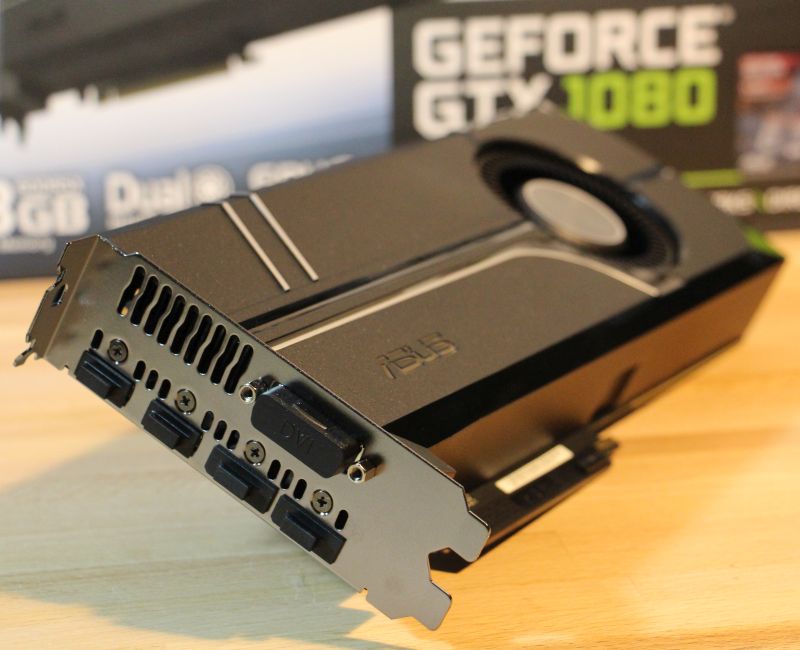 No backplate… not enough expensive to deserve a backplate! 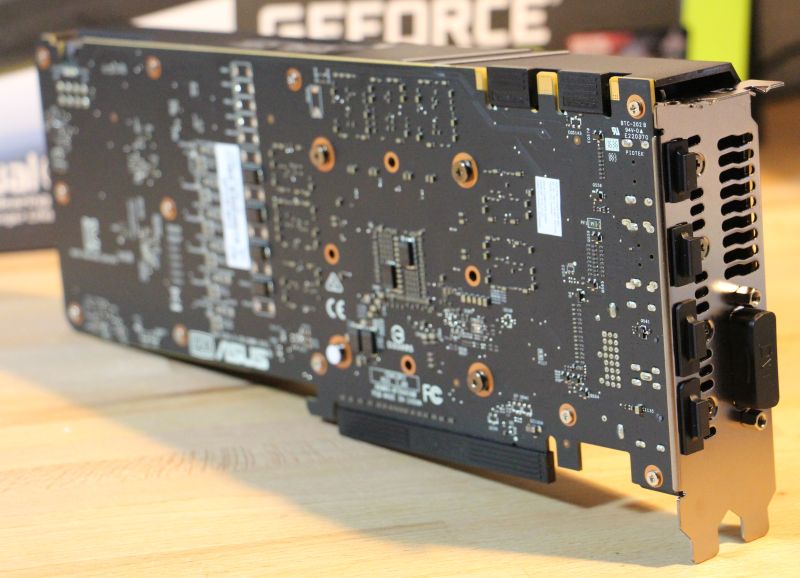 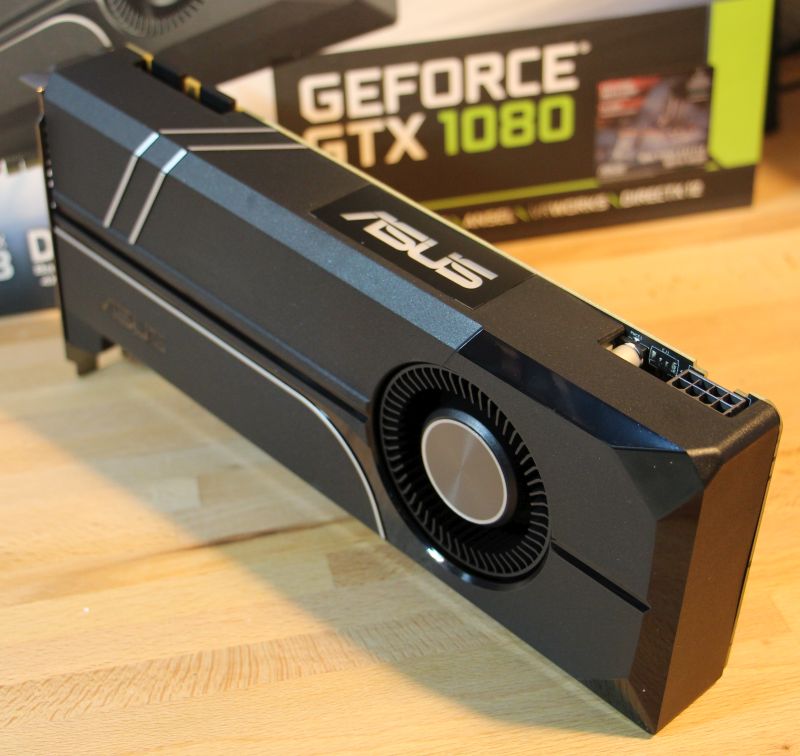 Two DisplayPort 1.4, two HDMI 2.0 and one DVI connectors are present. 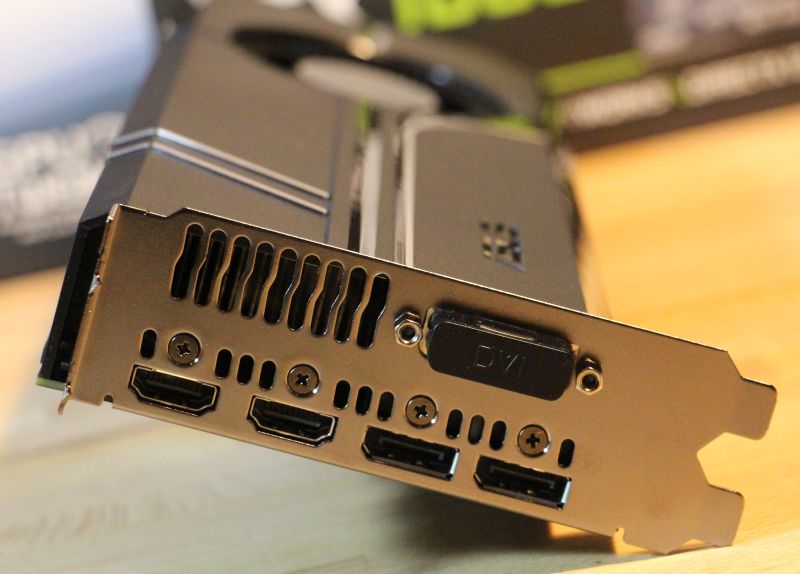 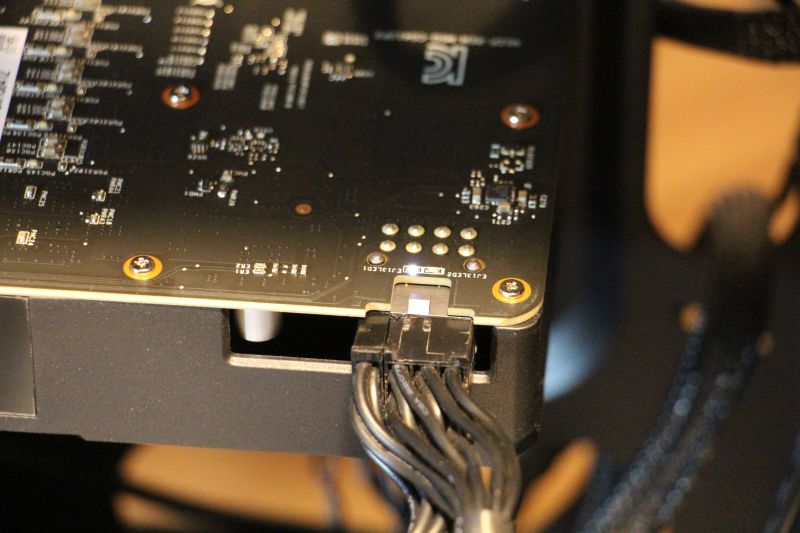 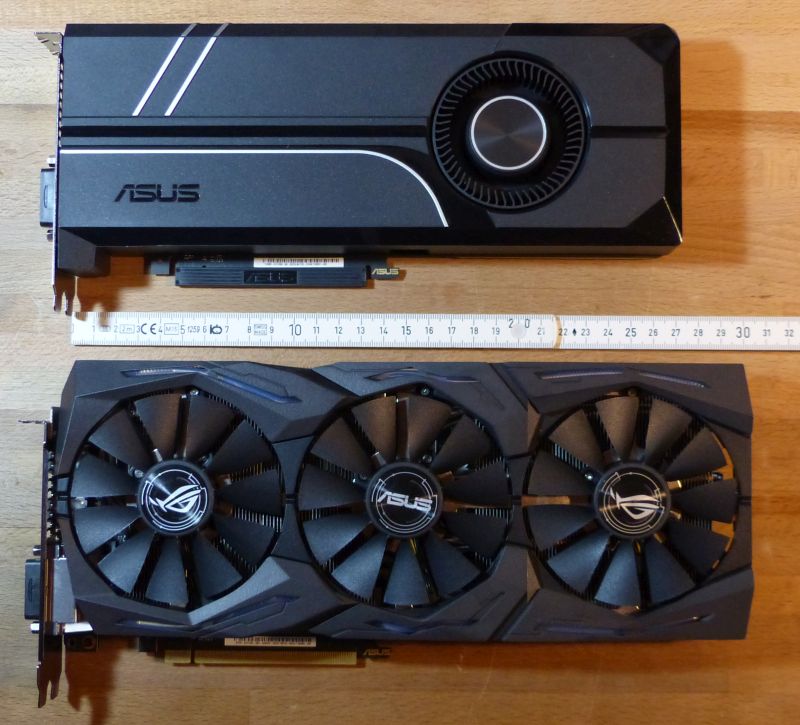 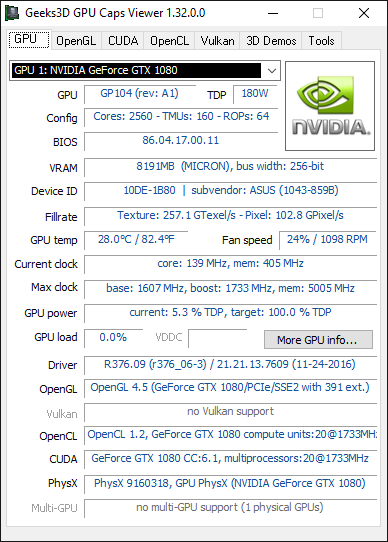 At idle state, the total power consumption of the testbed is 38W. The GPU temperature is 30°C. The VGA cooler is barely audible but we can hear it (open case).

The first stress test is done with the default power target: 100%TDP. After 5 minutes, the total power consumption of the testbed was 233W and the GPU temperature was 79°C.

Before starting the second stress test, I quickly launched MSI Afterburner and set the power target to the maximal value. For this GTX 1080 TURBO, the max value is 120%TDP. Now results are a bit different: the total power consumption jumped to 267W and the GPU temperature reached 83°C. The VGA cooler was noisy… 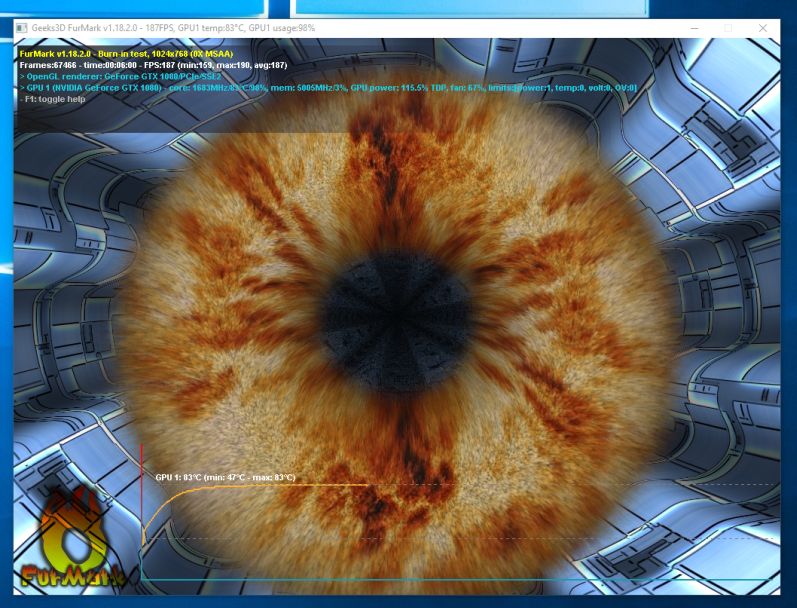 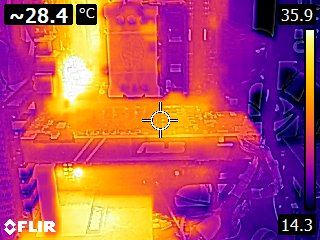 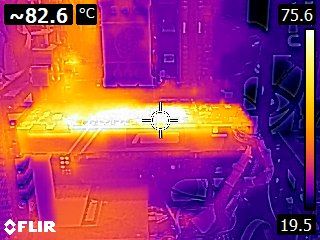 This GTX 1080 TURBO is a basic GTX 1080. The performances are good and in the expected range for a GTX 1080 but that’s all. The card has a cheap VGA cooler: at idle the noise is barely audible (good!) but under heavy load, the cooler is noisy (not good!!). And the 0dB fan technology we can find on other models? Not present… This kind of VGA cooler should not be there: it’s a GTX 1080 and a high-end graphics card based on a GP104 GPU deserves a decent VGA cooler.

The GPU temperature at idle state is good (30°C) but can exceed 80°C on load. There is no backplate for mechanical protection and heat dissipation. Compared to other models like the GTX 1080 Strix, this card is cheaper. So if you really need a GTX 1080 for its graphics performances but you don’t want to spend too much money, this is your card.

Now if you hesitate, maybe a graphics card like the EVGA GTX 1070 FTW would be a better choice: very good performances, noiseless and cheaper… 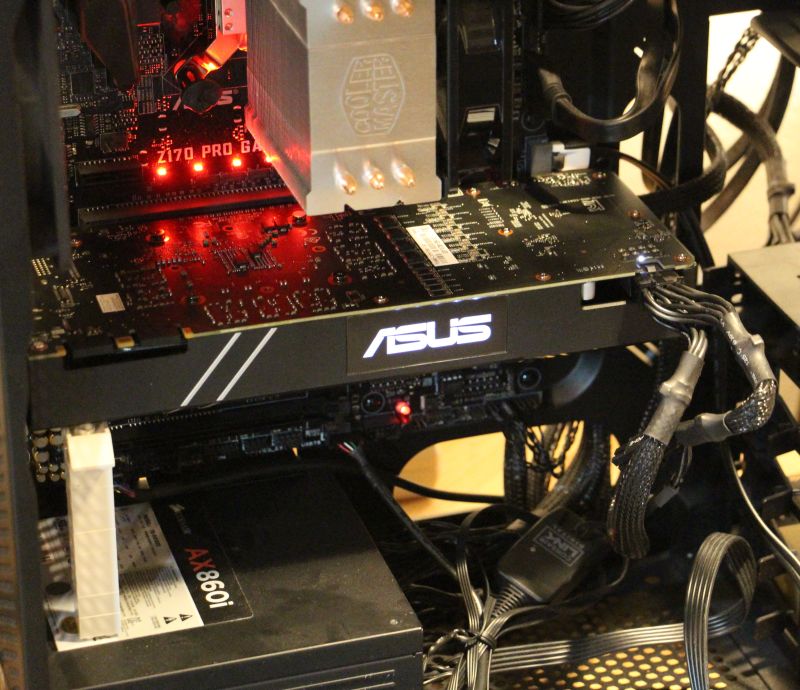 Thanks to Internex for this ASUS GTX 1080 Turbo!