I’m starting a series of articles about how to render real time 2D/3D graphics on RGB LED matrix panels with a Raspberry Pi. Even if the resolution of graphics is very low (32×32 pixels for a 32×32 LED display), drawing 3D stuff on that kind of display is very cool!

There are several models of RGB LED matrix panels and I selected the Adafruit 32×32 panel with a pitch of 4mm because it was easily available at my local dealer. Other panels were available: 8×8 and 32×64 panels. Adafruit has a stack of different RGB LED matrices: LEDs / RGB Matrices @ Adafruit.

The Adafruit 32×32 RGB LED matrix panel is a LED display with a pitch of 4mm (the distance between two LEDs is 4mm). This panel has 1024 LEDs and requires a good power supply unit. A 32×32 panel can draw up to 4A with a voltage of 5V. 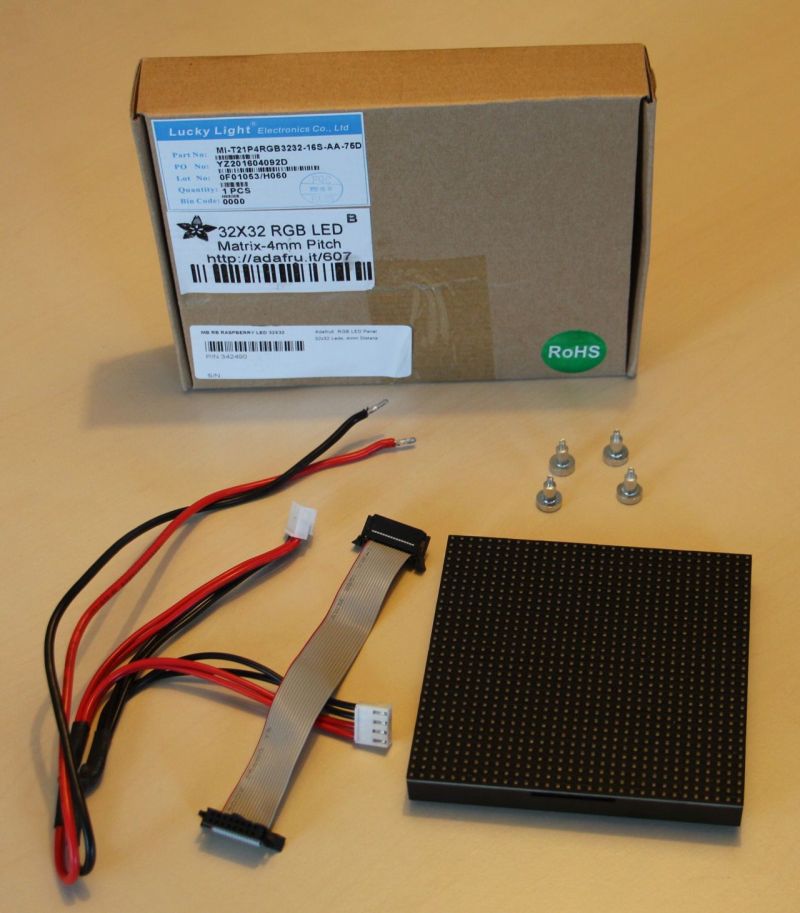 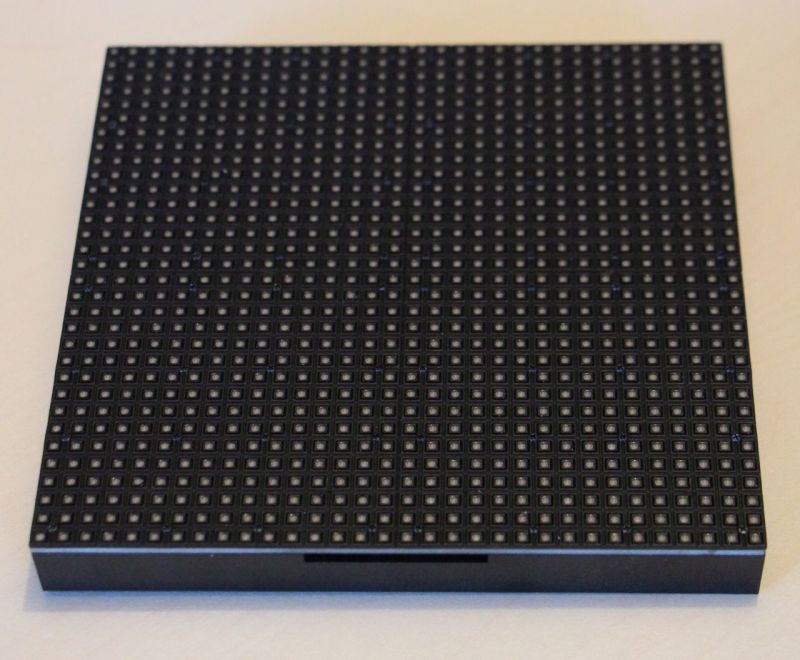 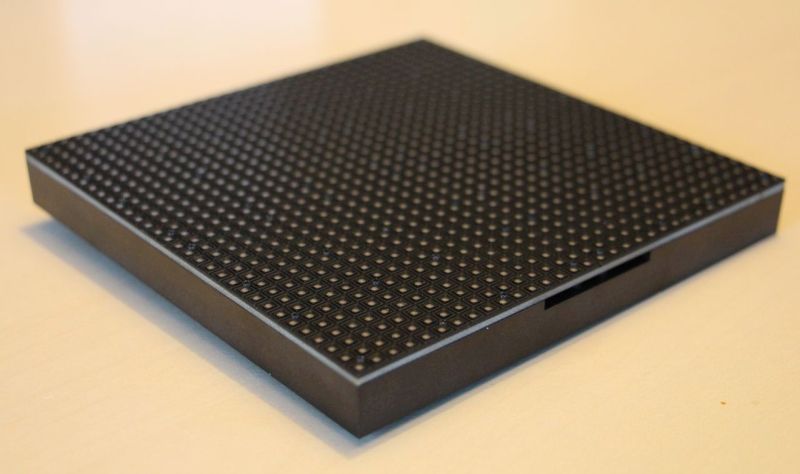 Detail of some LEDs:

The rear side with two HUB75 connectors. The input connector is used to connect the panel to the Raspberry Pi for example while the output connector can be used to chain another panel. 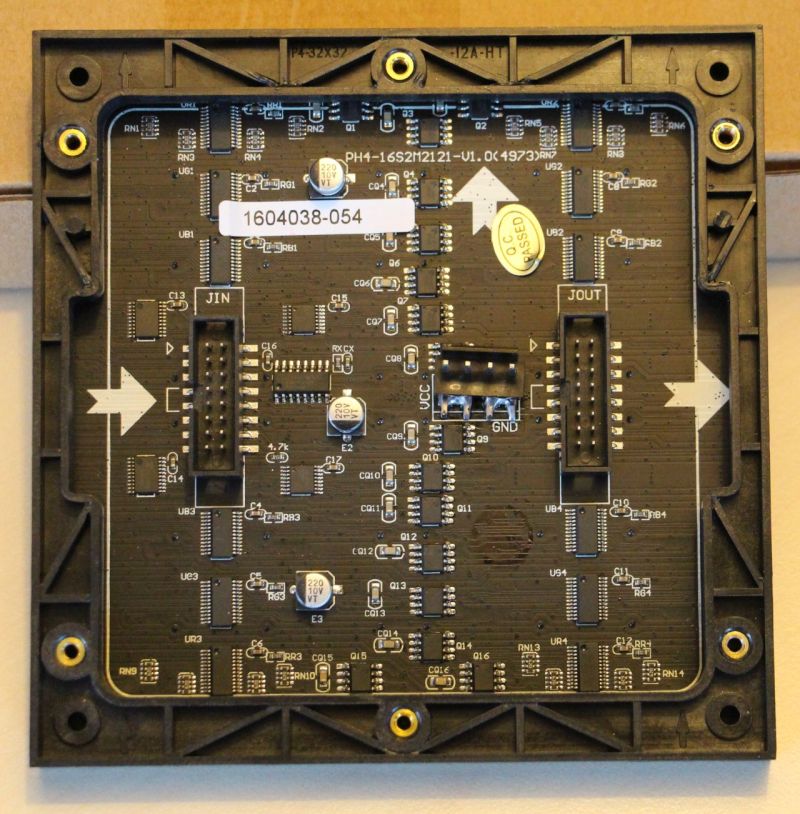 The four min-magnets to mount the panel on a metallic surface: 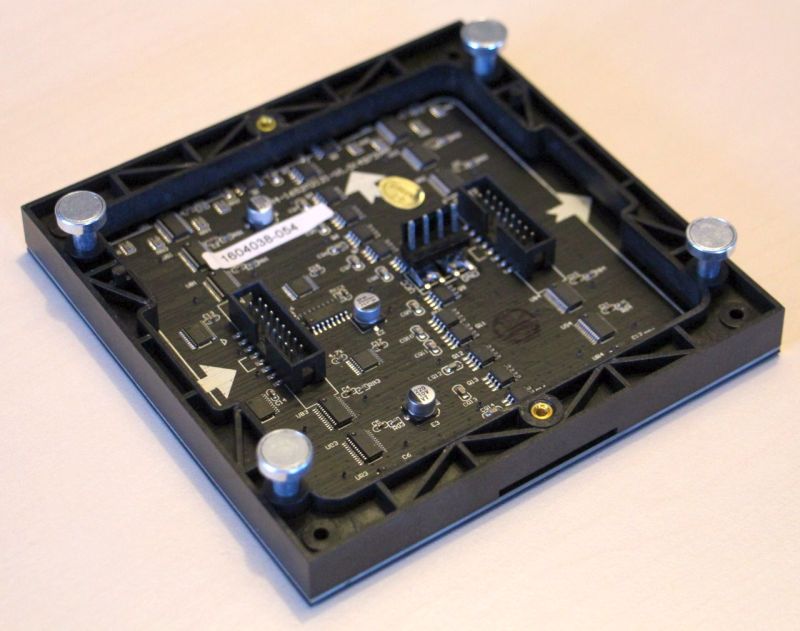 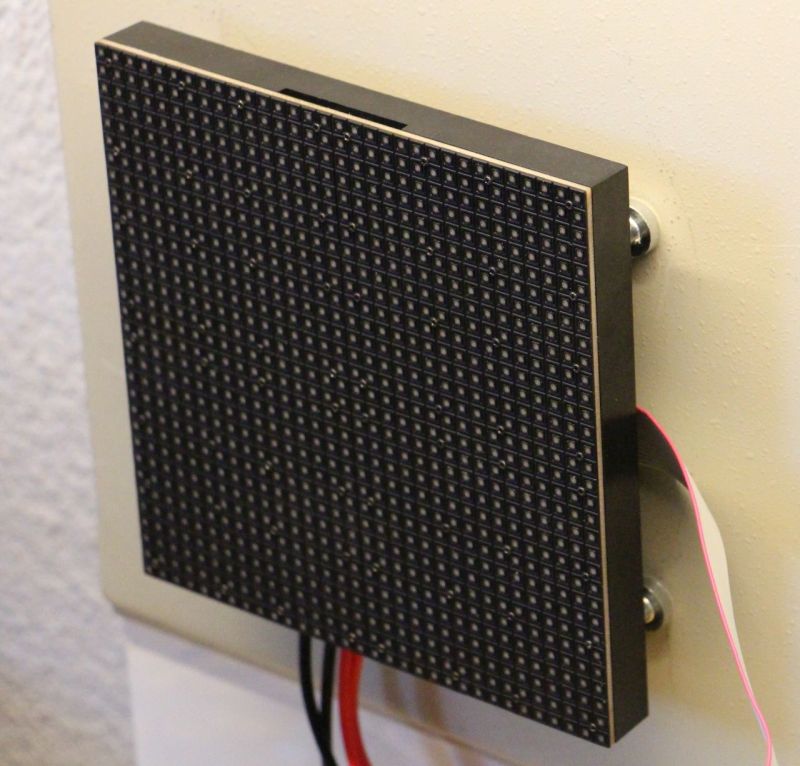 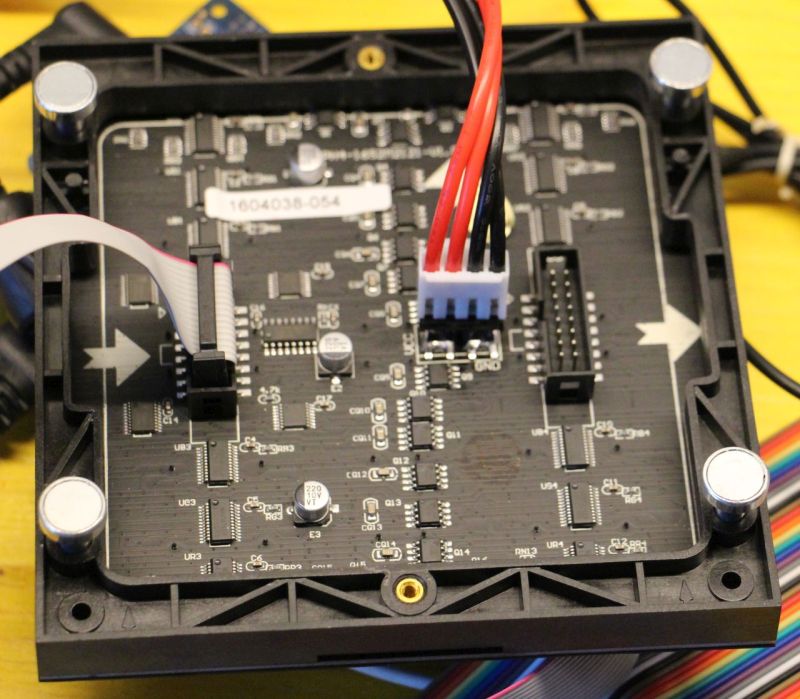 In the next article, I will talk about the interface between the Raspberry Pi and the 32×32 RGB LED matrix panel: the HAT…