These last days, EVGA’s high-end graphics cards based on Pascal GPUs (GTX 1080/1070 FTW) are under the spotlights (read this thread). Some users have reported that their graphics weapons reached high or even excessive temperatures that led, in some cases, to physical damages: 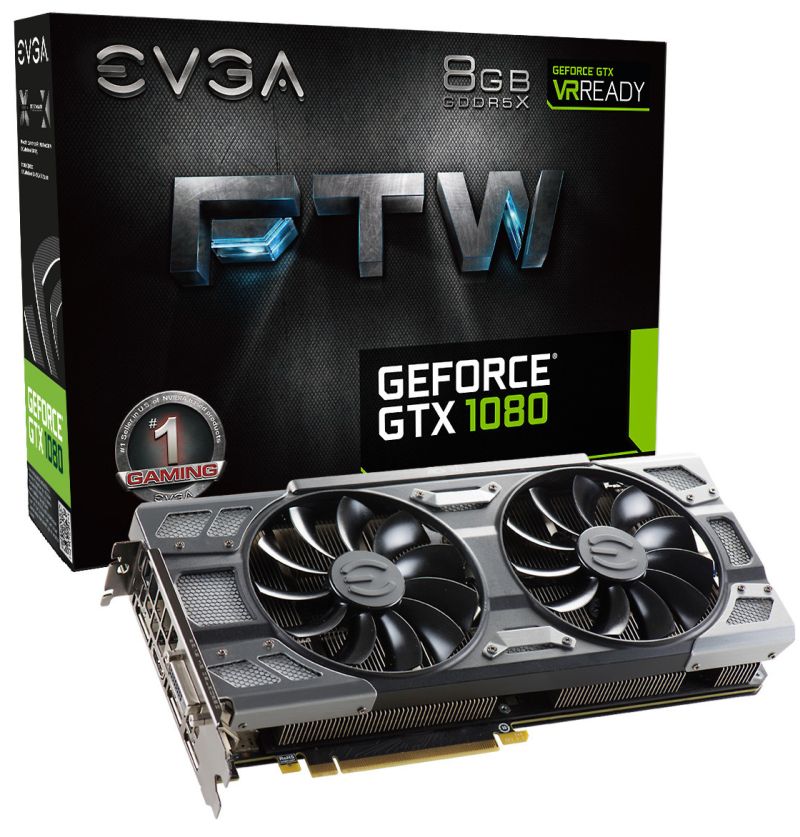 These overheating issues are caused by the VRMs that are not properly cooled. FurMark is quoted in numerous articles, not because it’s the source of the problem, but because it’s a quick way to show the issue (see Tom’s Hardware DE article). FurMark is known to apply an extreme graphics workload on the GPU and especially on the power circuitry (VRM) of the graphics card.

Yesterday, EVGA has published a press release that brings solutions to these overheating issues. In short, a new video BIOS is available for all GTX 1080/1070/1060 that essentially adjusts the fan speed curve to improve VRM cooling. EVGA also offers for free optional thermal pads. The complete press release and information to get the thermal pad mod can be found on THIS PAGE.

A guide to install EVGA thermal pad is available HERE.

November 1st, 2016 – Recently, it was reported from several sources, that the EVGA GeForce GTX 1080 FTW PWM and memory temperature is running warmer than expected during Furmark (an extreme stress utility).
EVGA has investigated these reports and after extensive testing, below are our findings:
· On ACX 3.0, EVGA focused on GPU temperature and the lowest acoustic levels possible. Running Furmark, the GPU is around 70C +/- and the fan speed is running approximately 30% duty cycle or lower.
· However, during recent testing, the thermal temperature of the PWM and memory, in extreme circumstances, was marginally within spec and needed to be addressed.

Conclusion: EVGA offers full warranty support on its products, with cross-ship RMA*, and stands behind its products and commitment to our customers.

To resolve this, EVGA will be offering a VBIOS update, which adjusts the fan-speed curve to ensure sufficient cooling of all components across all operating temperatures. This VBIOS will be released in the next few days and users can download it and update their cards directly. This update resolves the potential thermal issues that have been reported, and ensures the card maintains safe operating temperatures.

For those users who want additional cooling beyond the VBIOS update, EVGA has optional thermal pads available. This update is not required, however; EVGA will make it available free of charge to any customer who is interested. To request the thermal pad kit, please visit www.evga.com/thermalmod

Any customer who is not comfortable performing the recommended VBIOS update, may request a warranty cross-shipment* to exchange the product to EVGA for an updated replacement.

All graphics cards shipped from EVGA after 11/1/2016 will have the VBIOS update applied.

In this article, Gamers Nexus has FurMark-ed a GTX 1080 FTW with the new VBIOS. With the old VBIOS, the VRM temperature reaches 109°C while the new VBIOS is able to keep the temperature at 95°C: 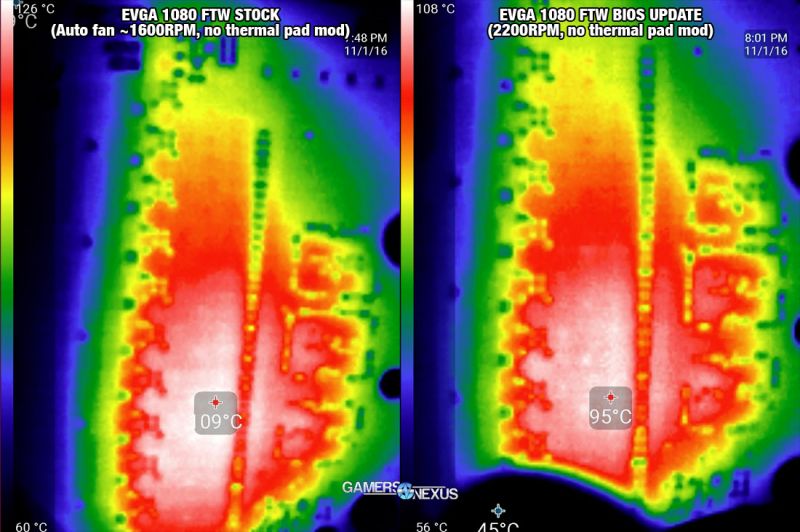 With thermal pad and new VBIOS, the temperature is even lower: 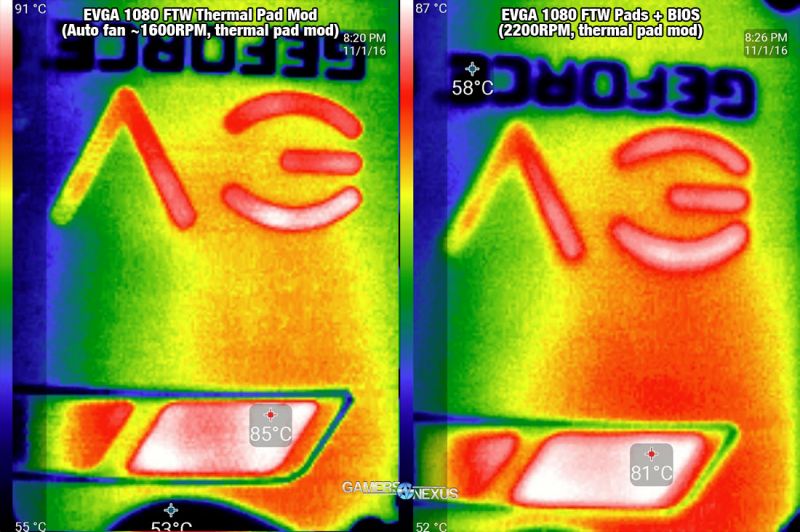 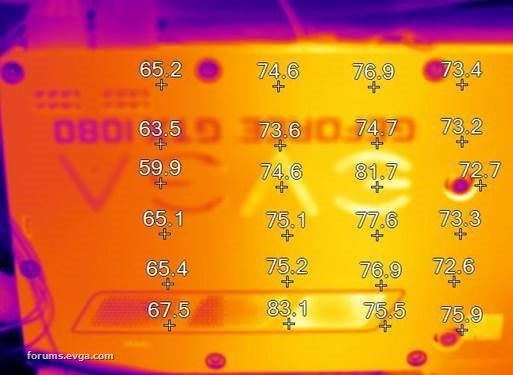